Welcome everyone to "VGChartz Staff Picks: The Top 100 Games"! This is our opportunity to share with you our choices for the best 100 video games ever made. It took a lot of time, reflection, and hard work, and we hope you enjoy reading the end result. Before we move on, though, a few notes on methodology are in order.

First and foremost, who made this list? This list is the product of nine VGChartz staff members, either writers or admin or both, who wished to take part. I'd like to send a big thank you to Craig Snow, Adam Cartwright, Taneli Palola, Brandon Wysocki, Daniel Carreras, Damián Cruz Latorre, William D'Angelo, and our admin extraordinaire TruckOSaurus. All nine of us submitted our own top 100 list, and the titles therein combined to form the list in this five-part series.

Second, how did you rank the games? A game ranked as first on a list was awarded 100 points; a game in second place earned 99; a game in third won 98 points; and so on, down to last place getting one point. Those scores were combined and divided by the total number of participants — nine — to get the average. We then ordered the games by average, with the highest being first. Any scoring ties were broken by a group consensus.

Third, what was eligible? All games released before September 15, 2017, with a few exceptions. Compilations and collections were disallowed, so don't expect to see The Orange Box or Metroid Prime Trilogy. Remakes and remasters were eligible, but were combined with their previous incarnations; list-makers were not allowed to list both Ocarina of Time for 3DS and Ocarina of Time for N64, for instance. Remakes with a critical mass of new, unique content — such as Metroid: Zero Mission — were deemed permissible alongside the original. Finally, DLC and expansions were merged with the base game. For example, StarCraft and Brood War became one.

And that's pretty much it! Without any further delay, please enjoy "VGChartz Staff Picks: The Top 100 Games, Part I." Parts II through V will arrive in the coming days. Be sure to sound off in the comment section, with your notes, questions, and prognostications. 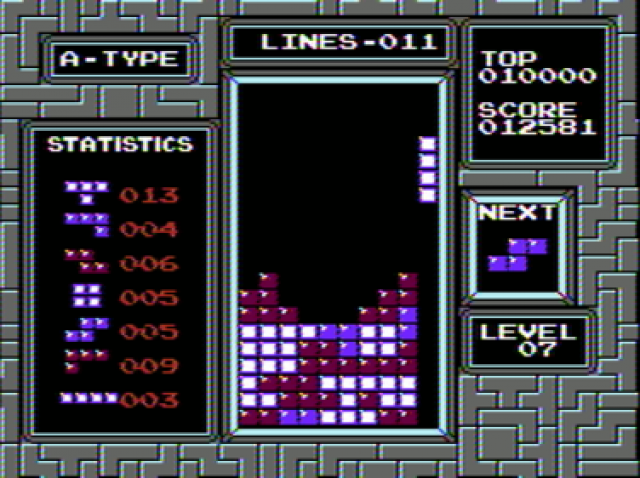 There's a reason Tetris has been ported to almost every platform and operating system under the sun. It's the quintessential puzzle game — accessible and simple, deep and addictive. Tetris has inspired countless sequels, clones, and competitors over the last 30+ years, but nothing can match the foundational genius of the original incarnation. 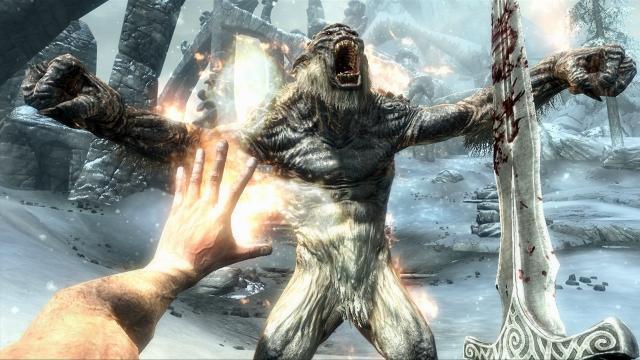 Skyrim is the cockroach of video games — and we mean that in the nicest way possible. Since its launch in 2011 it refuses to fade away. It saw a remastered release in 2016 and then two new versions just last year: a Switch port with motion controls, and a PSVR variant. Perhaps these re-releases point to a fundamental truth about the game: gamers just can't get enough of its open world combat and exploration, and character customization options. 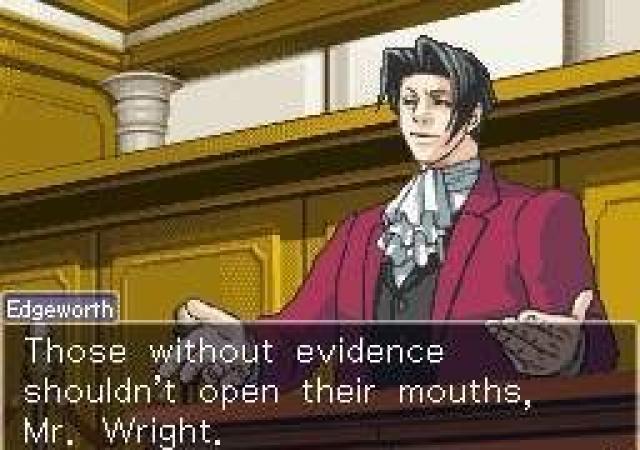 With clever scenarios, eccentric characters, and lots of humorous dialogue, Phoenix Wright: Ace Attorney is one of the best-written game on this list. It's also filled with demanding gameplay segments, where players need to investigate and then prosecute crimes. If you like courtroom drama and a good mystery, this is a game you need to play. 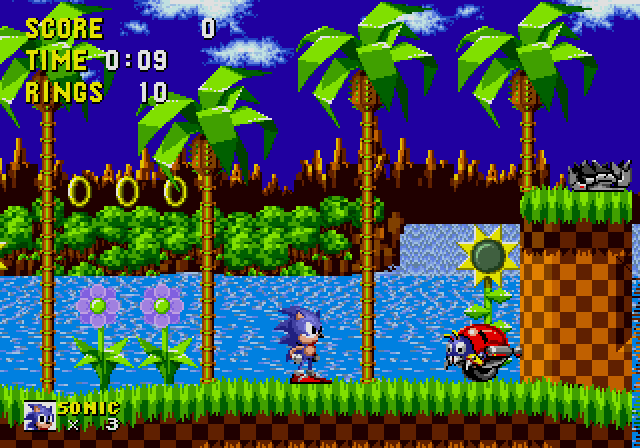 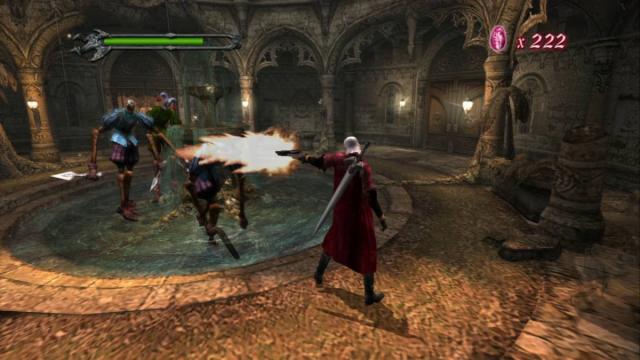 Originally conceived as Resident Evil 4, Devil May Cry took on a life of its own after Capcom brass decided the game's structure and tone didn't mesh well with its survival-horror franchise. So, the title was reborn as Devil May Cry, which turned out to be one of the very best hack-n-slash games of all time. Its blend of stylish action, three-dimensional movement, and performance-based scores set the bar high for years to come. 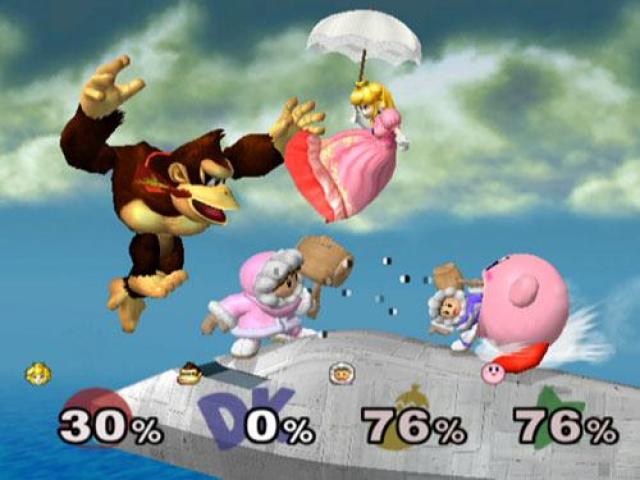 Nintendo had tested the waters on N64 with a mascot brawler, but it was only on GameCube, with Super Smash Bros. Melee, that the company found its formula. With refined mechanics, additional solo modes, and a suite of new characters and stages, Melee left its mark on Nintendo's sixth generation console, and on the competitive gaming scene. 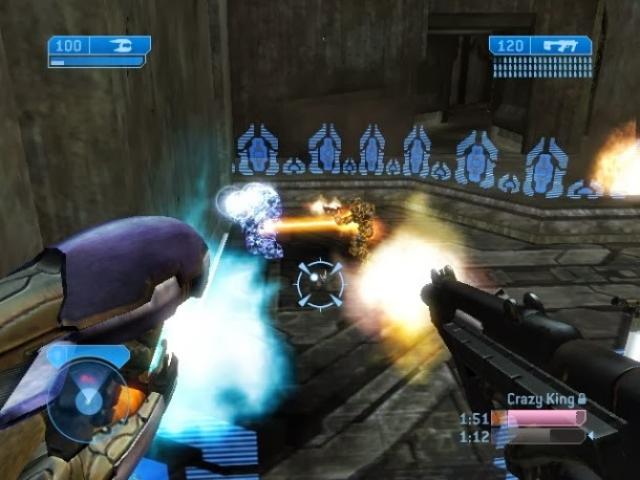 After the critical and commercial success of Halo: Combat Evolved, Xbox fans held high hopes for a sequel. Well, studio Bungie delivered on all fronts, developing a game with a stellar single-player campaign, an enthralling (if anticlimactic) storyline, and, most significantly, much-improved multiplayer options. 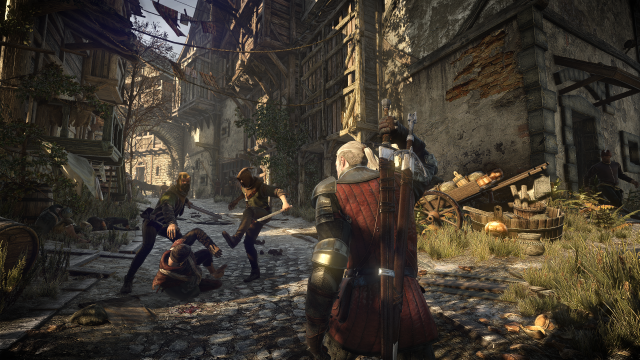 With its vast open world, dynamic environments, narrative freedom, and deep and flexible upgrade system, The Witcher 3 is an RPG for the ages. Drawing inspiration from classics like Dark Souls, The Legend of Zelda, and Red Dead Redemption, The Witcher 3 manages to achieve some wonderfully liberating open-ended gameplay set in an alive and ever-changing world. 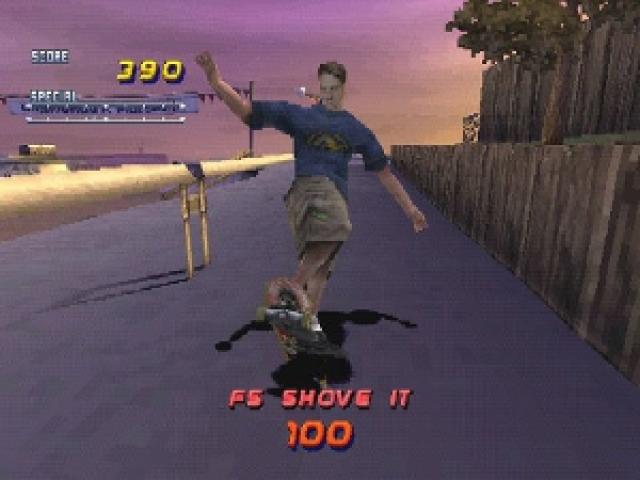 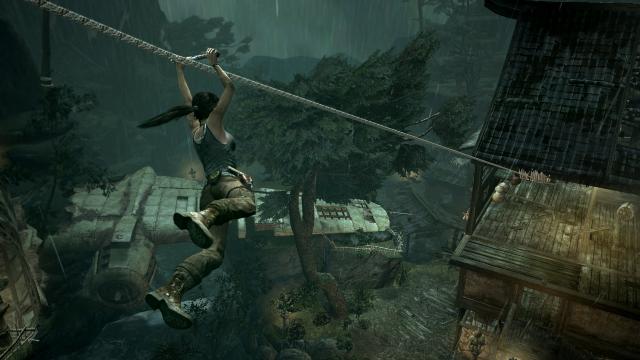 Reboots are always dangerous enterprises, but Crystal Dynamics proved any doubters wrong with its 2013 re-introduction of one of gaming's most beloved icons, Lara Croft, in Tomb Raider. Matching up elements of the original PS1 classics with Uncharted-style platforming and third-person shooting, Tomb Raider brought Croft into the present-day and breathed new life into the franchise. 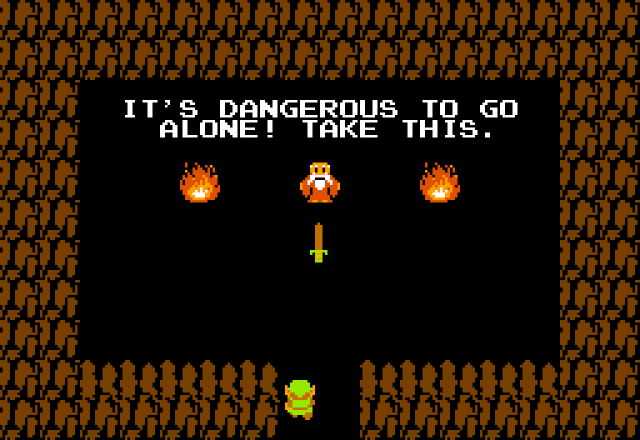 It would be difficult to overestimate the importance of The Legend of Zelda on the video game industry. It essentially invented the action-adventure sub-genre on home consoles, combining arcade action with CRPG mechanics, and inspired generations of game makers. 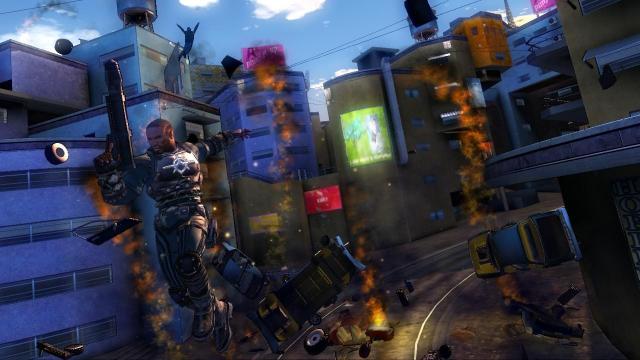 What's the best way to sum up Crackdown? In the words of Gabe Graziani: "a giant sandbox to blow the crap out of." That's Crackdown in a nutshell. Featuring non-linear gameplay; a large game environment filled with collectibles, side-quests, and destructible items; spectacular movement options; and an addictive online multiplayer mode, Crackdown earned its place among the greats on Xbox 360. 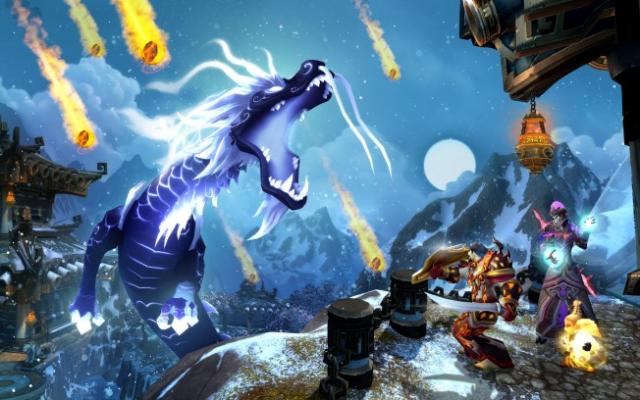 Released all the way back in 2004, this MMORPG — no, the MMORPG — is still going strong. From 2004-2014, 100 million World of Warcraft accounts were opened. While accounts have contracted since 2010, when the game hit its peak membership, the massively multiplayer title marches forward. Last year, developer Blizzard announced plans for a "classic" server that brings the game back to a time before any expansions launched. 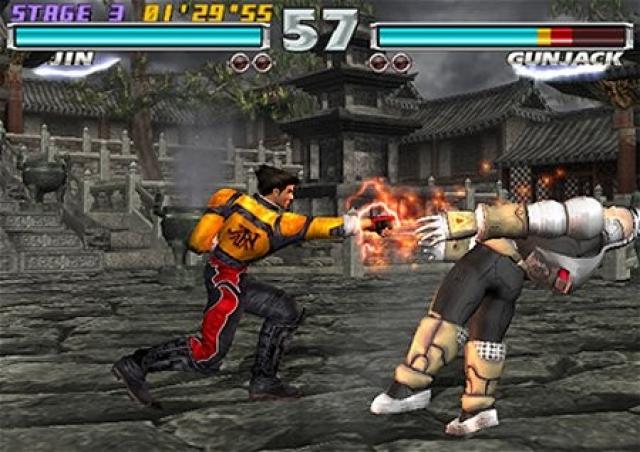 Tekken Tag Tournament delivers the same solid fighting mechanics of its predecessors, while expanding its roster, pushing its graphics and visual effects to the limit, and focusing on tag-team battles. The addition of new moves, modes, and secrets makes it an even more attractive package. 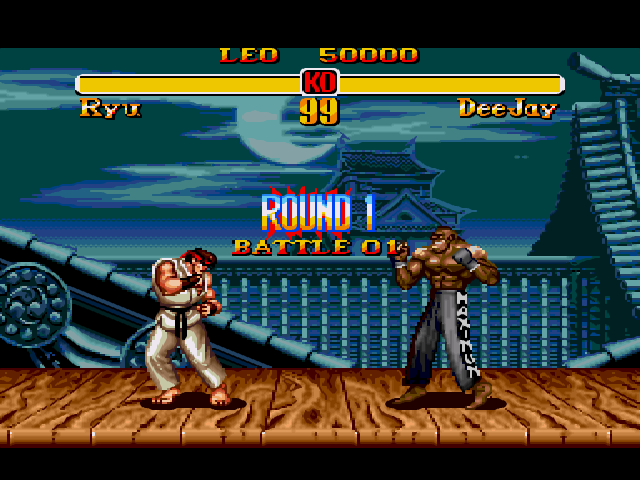 Street Fighter II saw many incarnations in the early 90s, in the arcade and on consoles, and Super Street Fighter II stands as one of the best. With sixteen playable characters — twelve carried over from the previous games and four new to the franchise — and several new game modes, including an eight-player single elimination tournament, it's a robust and replayable fighting game. 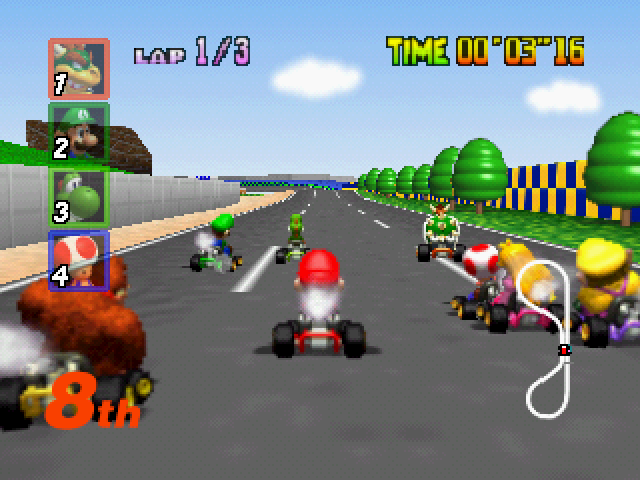 With the advent of 3D graphics technology, Nintendo designers pushed Mario Kart into the modern age. The flat, two-dimensional courses of Super Mario Kart gave way to larger, longer tracks with a variety of textures and elevations in Mario Kart 64. Perhaps its greatest lure is Battle Mode, which allows up to four players to fight for their lives in a series of gladiatorial arenas. 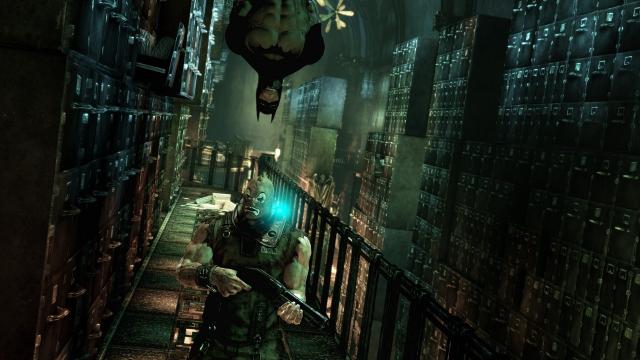 Heralded as one of the best superhero games ever made, Batman: Arkham Asylum translated convincingly the powers and vulnerabilities of the Caped Crusader into the video game medium. Players must use Batman's full complement of gadgets to win out, and must use stealth and subterfuge whenever possible. This game launched a successful trilogy of games, one of which will appear later in this list. 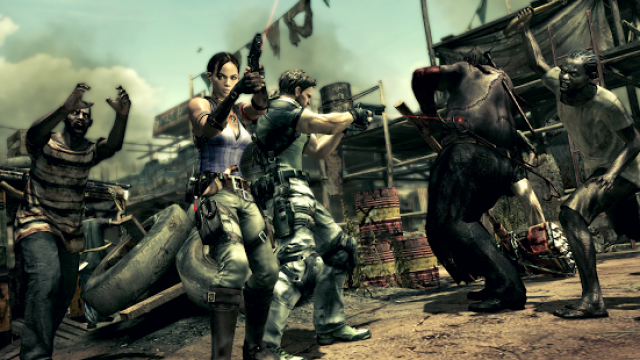 Sure, it strayed from the foundations of Capcom's seminal survival-horror franchise, but Resident Evil 5 represents an extraordinary third-person co-op shooter. Boasting high-octane, visceral combat; lots of collectible treasures and weapons; and an addictive Mercenaries mode, Resident Evil 5 is one of the finer action games of the last ten years. 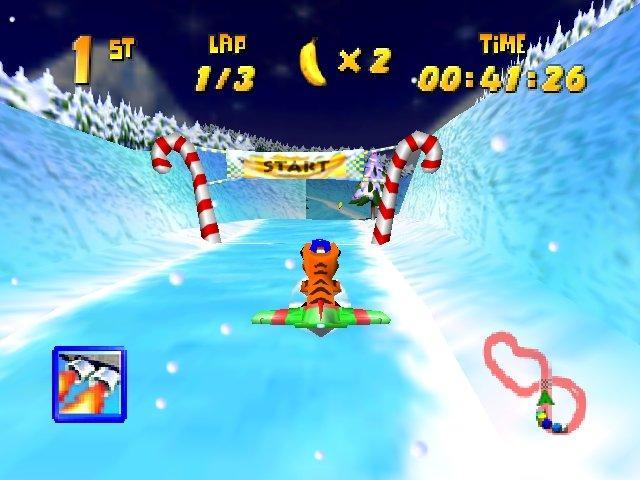 Two N64 kart racers within four spots of each other? There's good reason for that. While Mario Kart 64 impressed with its track design and battle mode, Diddy Kong Racing won over fans with three vehicle types — karts, hovercrafts, and airplanes — and a significant single-player adventure mode, complete with boss battle races. 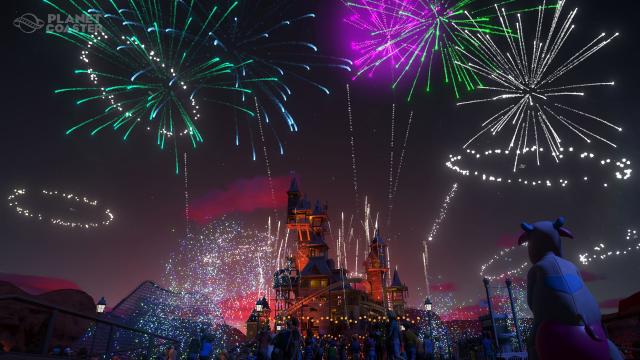 Frontier Developments is no stranger to theme park management and simulation games, and in Planet Coaster the British studio turned in one of its best. Its sandbox and creation tools give players an amazing amount of freedom, and career mode lets you be the boss. In Planet Coaster, the only limit is your imagination.

That does it for Part I! See you in Part II!

'Wtf is this shit?' If that's what you're thinking then you can impact the ranking next time around by joining the team and taking part! We're currently looking for new reviewers - http://gamrconnect.vgchartz.com/thread.php?id=234173

Amazed to see Planet Coaster even making the list, considering I made a thread about it and that's about all the talk it got on here lol.

I really enjoyed Planet Coaster, one of the best releases of 2016 for me. It was criminally overlooked that year I feel.

I am planing to get this game at some point. Great that it is on the list!

Definitely a great game. The only limitation with it is really just how far your imagination can take you. I just recently saw someone create an Alien rollercoaster ride and it honestly makes me want to see Universal studios make one like it.

Crackdown above Skyrim, Halo 2 , Tomb Raider and the Witcher 3???

Not even gonna......At least now we know, why they are more into the business side than into reviews :)

No list is perfect cause we each have a different opinion

Wtf is this shit?

Wow, Tetris, Melee, Witcher 3 and Sonic in this section? The top 10 is going to be weird, isn't it?

Darashiva is my hope of LoD being there lol

I tend to favor avoiding ranking with any top 10/20/100 lists lol... After four decades or so if the game makes the list it's generally just about a masterpiece. One thing I also always prefer is that lists make it clear how they're ranking the games, for instance, is it by legacy, how fun it is to play today, or how it compared to its contemporaries (my personal favorite)? The original Legend of Zelda, for instance, is perfectly placed (imo) if it's ranking by how fun it is today, but faaaaar too low for the other two considerations.

Awesome stuff! So cool to finally see this published!

These are all good games. Except for Resident Evil 5 of course, which was pure shit.

I had a lot of fun playing it coop with a friend (all positive praise I've heard has come from people who played it co-op), but it's borderline heresy that it's on a top 100 all-time list.

Seriously, Resident Evil 5 ahead of games like WoW, Skyrim, Sonic, and even friggen Tetris or Legend of Zelda??? That's one of the oddest placements I've ever seen on a "Top ____" list lol

It better have The King Of Dragons, or this list will be useless!

Why's Resident Evil 5 here? That game was awful. Has a stupid AI partner, a way less creepy atmosphere than the others, the monsters aren't even as scary, it makes racist implications about it's setting, and it ends with a tacked on quick time event about punching a boulder. That's not a Resident Evil game.

WoW sitting at 88? Glad this is an opinion piece haha

WoW was incredible and while I no longer play, I don't regret my time with it at all. Definitely in my top ten for sure!

WoW has been so underrated in many "Top Games of all time lists" It is one of the best engineered RPG games ever created even 13 years later. It also put MMOs on the map, and still is the game to beat in that genre. Definitely my top 10 games ever played. I still play it today. No game can keep someone playing for 13+ years.. unless its WoW.

Do you think that's too high, or too low?

Flilix, obviously he thinks Skyrim should be significantly higher on the list. Perhaps even in the top 10. It's a highly acclaimed game universally and will go to gaming history among the very best classics.