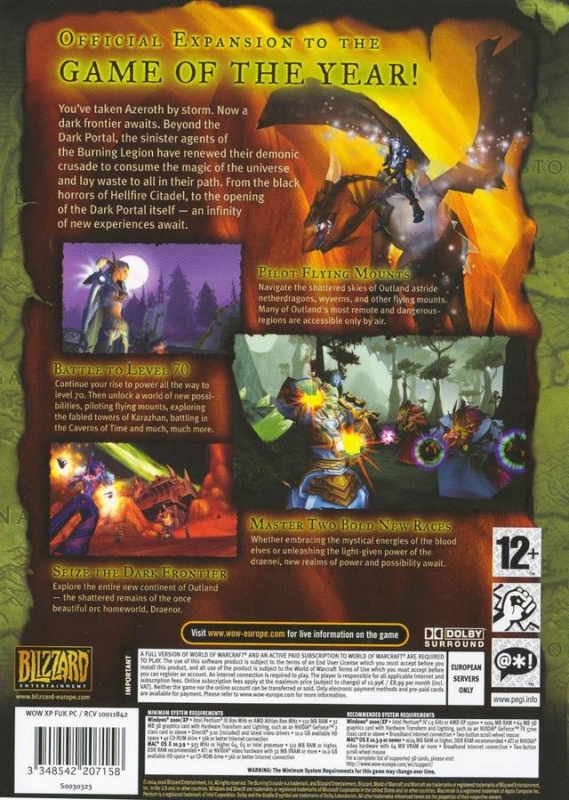 In World of Warcraft: The Burning Crusade, players will be able to advance their characters up to level 70, unlocking a world of power and possibilities along the way. Additional features coming in The Burning Crusade include two new playable races (the Blood Elves and the Draenei), flying mounts, new talents and abilities for all character classes, the new jewelcrafting profession, new magical weapons and armor, and many enhancements to player-vs.-player action. The expansion will also lead veteran players through the fabled Dark Portal and into Outland, former homeworld of the Orcs and site of a series of cataclysmic events that helped shape the history of the WarcraftÒ universe. In this shattered world, players will encounter new challenges and dangers in the form of new outdoor zones, quests, dungeons, never-before-seen monsters, and much more. Over the course of their new adventures in The Burning Crusade, players will grow in experience and power as they uncover the rich lore and mysteries of Outland and do battle with the demonic forces of The Burning Legion.