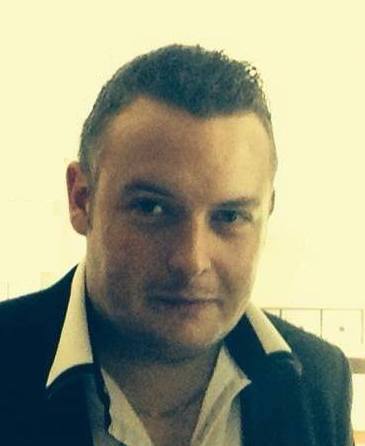 Brett Walton created VGChartz in the summer of 2006 as a way of collating all publicly available videogame sales data into one place. After reading engineering at Cambridge University, Brett landed a job at McLaren Racing in 2006 becoming part of the design team behind the World Championship winning MP4-23A car of 2008. During his time at Cambridge and McLaren, Brett created and developed VGChartz - growing the site from a few hundred hits per week back in 2006 to over 2.5 million hits per week in 2010. Two main factors are to thank for this growth - the move from simply collating public data in the early days to carrying out original and groundbreaking sales research today, and the addition of website features such as the forum, game database, news and social networking. In February 2009 Brett left his job at McLaren to become full-time CEO of VGChartz Ltd and in May 2010 Brett launched the VGChartz Network.

Karl is a Postdoctoral fellow working at the Chemistry department of the University of Michigan with an undergraduate degree from Michigan Technological University and a PhD in Chemistry from University of Wisconsin: Milwaukee. After spending a few months on the VGChartz forums he applied to become a reviewer on a whim in 2008 and, to his surprise, was accepted. Since then he has slowly increased his workload by becoming the site's most prolific reviewer, and one of gamrReview's Editors-in-Chief. Gaming has been a passion of Karl's since his first playthrough of Pitfall, although he didn't have a favorite genre until he played Earthbound on the Super Nintendo. Since then, JRPGs have been Karl's main focus in gaming and he lists Earthbound, Final Fantasy VII, Super Mario RPG, Persona 4, Shadow of the Colossus, the Souls series and Valkyria Chronicles as his favorite games.

Craig is VGChartz's Editor-in-Chief, alongside Karl, and is in charge of all written content for the site. He manages the VGChartz writing team and edits all of the site's content. He lists StarCraft: Brood War, Diablo II: Lord of Destruction, Shadow of the Colossus, The Orange Box (in particular Portal), and Dota 2 as his favourite titles.

Gamer since the original PlayStation, Adam currently works in the charity sector and devotes his spare time to forum posting and writing for his various websites. He has a particular affinity for the un-loved PlayStation Vita, but you can usually find him playing across PS3; PS4; Vita & PC. You'll often find him getting nostalgic about the past few generations or playing game music on repeat.

A life-long and avid gamer, William D'Angelo was first introduced to VGChartz in 2007. After years of supporting the site, he was brought on in 2010 as a junior analyst, working his way up to lead analyst in 2012. He has expanded his involvement in the gaming community by producing content on his own YouTube channel and Twitch channel dedicated to gaming Let's Plays and tutorials. Outside, in the real world, he has a passion for the outdoors which includes everything from hiking to having received his B.A. in Environmental Studies. You can contact William at wdangelo@vgchartz.com or on Twitter @TrunksWD.

Evan Norris signed up for VGChartz as a member in September 2012. In April 2015 he joined the writing team. Evan has been a fan of video games since he watched his older brother play Kung Fu and The Legend of Zelda on NES. He has an insatiable appetite for games and enjoys writing about them at every opportunity.

Paul is a writer that enjoys writing about himself in the third person. Beyond that, Paul is currently pursuing a PhD in Public Administration, and works as a teacher/researcher as well. In his spare time, Paul can be found complaining about how Snake needs nerfs. He enjoys a variety of video games; some of his favorites include the Metroid titles, Okami, the Devil May Cry series, and Fire Emblem Awakening.

A graduate in Computing from the University of Brighton, Daniel is currently working on his own game development projects whilst writing about games and reviewing them in his spare time. After years of lurking VGChartz.com, analysing sales figures on hardware and software, he noticed a position to become a staff member at gamrReview and applied without hesitation. Like most people, Daniel started his love of gaming at a young age, when his parents bought the family a Sega Mega Drive with The Lion King included. Gaming is now the passion that drives Daniel, from reading the latest news on releases, to getting every achievement on the games he holds dear, everything in his life centres around gaming, and he wouldn't have it any other way. He maintains a site which tracks his game development progress and reviews old games, which can be found at: http://caesoose.com Favourite games include: The Mass Effect Series, S.T.A.L.K.E.R Series, Halo series, The Binding of Isaac, FTL, FFVIII, Asura's Wrath.

Stephen is an avid Nintendo, Indie, and retro gamer who dabbles in Xbox on occasion, mainly in the form of binge sessions of Overwatch. He's a history buff, an aspiring writer of short fiction, and a devout metalhead who enjoys poorly drumming along to Black Sabbath on his cheap drum set. When his beloved Chicago Cubs or Bulls are not playing, he typically likes to watch random documentaries or campy horror films.

Despite being one of newest writers on VGChartz, Lee has been a part of the community for over a decade. His gaming history spans several console generations: N64 & NES at home while enjoying some Playstation, SEGA, and PC titles elsewhere. Being an Independent Contractor by trade (electric, plumbing, etc.) affords him more gaming luxuries today though. Reader warning: each click given to his articles only helps to inflate his Texas-sized ego. Proceed with caution. Can be contacted at: lmehr21@hotmail.com

Having played games for most of his life, Taneli was introduced to video games at the age of 4 when his uncle bought him an NES along with Super Mario Bros., Tetris and Nintendo World Cup. His favorite game series is Final Fantasy, although he generally plays all kinds of games from platformers to real-time strategy games. Besides writing about games, he likes to watch movies and listen to music in his free time. What little time is then left over is usually spent with friends or studying at a university in order to become a teacher.

Kelsy has been gaming since he was first introduced to it with the Atari 2600 and from those early impressionable days has never looked back. He has made sure to immerse himself in every generation of hardware since and done his best to explore each console's library for amusing gameplay and interesting pieces of gaming history. During his time on this earth he has opened, run and sold his own retro game store as well as briefly held a world record in one of his childhood favorite NES games: Teenage Mutant Ninja Turtles. One of his greatest gaming accomplishments is beating over 450 NES games all without cheats on original hardware. Now a father of 2 he finally gets to pass his passion for gaming onto a new generation of gamers as they explore this delightful medium alongside him.

Nicholas has been a huge Nintendo fan since as long as he can remember, and video games have remained a big part of his life for the last 28 years. The last few years, he's been heavily involved in the fighting game community via his job at EventHubs, but it's far from his favorite genre, and he still spends time across pretty much all gaming. Fluent in Japanese, with a massive interest in storytelling, he's a guy who's deeply passionate about pretty much every one of his interests, and always loves to talk to fellow fans about anything between the earth and the moon.

Chinh Tran was introduced to the world of gaming at the age of five when his father brought home a Nintendo Entertainment System. In the following 25 years his love of gaming has only grown. When he is not gaming, Chinh enjoys discussing, sharing, and reading the latest gaming information. He had frequented VGChartz for years before joining the network and looks forward to engaging with his favorite hobby in a new capacity. In his real life Chinh is a part-time educator, amateur hockey player, and professional geek.

Brandon J. Wysocki is a neurotic, verbose, semi-self-aware writer, father, husband, gamer, and geek who contributes his drivel in the form of opinion articles and reviews for VCGhartz. You can check out some of his fiction at www.facebook.com/SpaceLegend, but please be gentle, he can be a little sensitive.