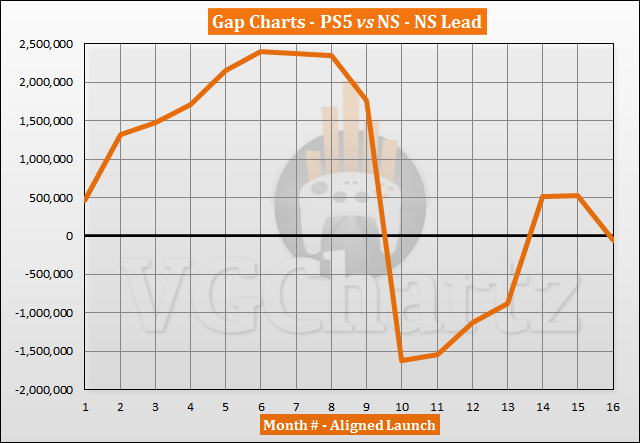 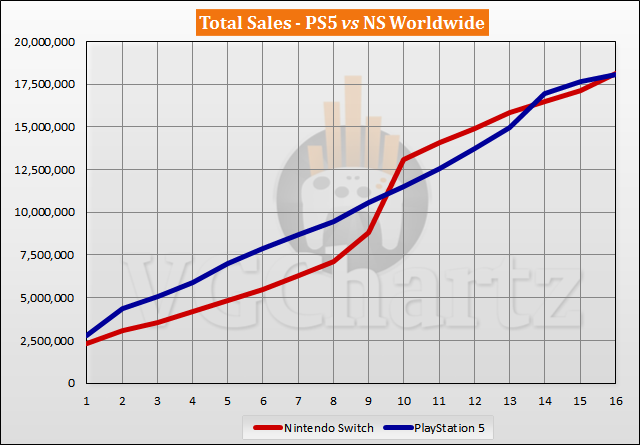 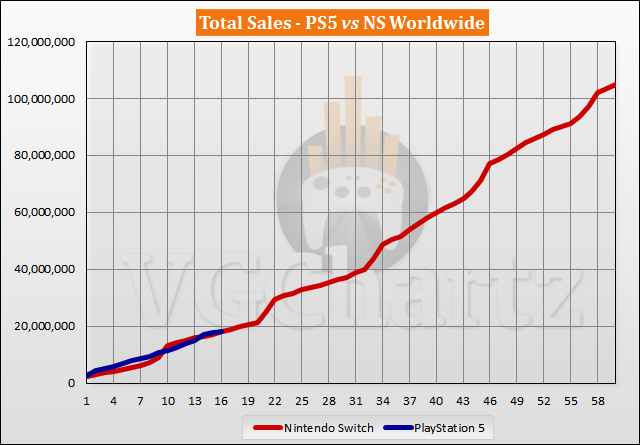 February 2022 is the 16th month the PlayStation 5 has been available for. In the latest month, the gap grew in favor of the Nintendo Switch when compared to the aligned launch of the PS5 by 582,854 units. In the last 12 months, the Switch has outsold the PS5 1.76 million units. The Switch is ahead of the PS5 by 54,072 units.

If these stock issues don't get sorted soon the ps5 might never catch the switch again.

At this point seems almost impossible, only way is an extraordinary Holiday Season for PS5 because Switch is Next on line for the Holidays.

The GPU shortages are easing up fast right now, I don't think it will take that long to end the chip crunch anymore.

PS5 is not going to sell more than 100M consoles this gen. Xbox is eating too much of its market share. Switch was bound to cross PS5. It was not the matter of If but was the matter of When.

I mean look at the updated sales, XS selling more tha PS5 in US and Europe for the past two weeks and XS is eating PS5's sales. Combined console sales are almost on par with last gen. This gen is behaving like PS3 and X360 gen.

So because the XS outsold the PS5 for 2 weeks... .let me say that again....2 WEEKS, PS5 is doomed?! There's a few variables as to why the sales is lacking. It's certainly not because no one wants it. The demand is through the roof. What I'm saying is, let's wait and see. No one knew COVID was coming, otherwise the PS4 sales would be still thriving. Things happen out of our control all the time.

Oh and of course BOTH PS5 and XSX will eat into each others sales. They're competitive and Xbox is showing out this time around. Doesn't mean that they can't get 100M.

Okay so for those 2 months that XSX won, the PS5 is doomed?! Will you provide the articles all the months PS5 beat XSX? Right... The point of that is, the PS5 ain't doomed. It lost in those 2 months due to a few scenarios, not demand. Otherwise it would be more competitive.