This weekend marks two years since the release of #GhostOfTsushima! We are blown away by all of the support since then and so grateful for all of you! Thank you to everyone who has played and shared this journey with us!

Here are just some of the amazing stats since launch: pic.twitter.com/DMgzYGTih1

GOT was a solid contender for GOTY when it released and is one of the few open world games I actually thought did a great job of integrating side quests in with the main quest in a way that didn't detract but added to the urgency of the main story.

It's always good to see well made games get not only the praise but the financial success they deserve.

So its sales are not too far off from TLOU Part II's sales of 10 million at last report. I think the added PS5 version definitely helped sales...

Excellent sales for a great game.

Tsushima had so much hype since that gameplay trailer dropped and they delivered it in aces!

I recently beat it on the PS5 and I had a good time. It's great to hear that it has been a success. I'd like to see more of the same concept but with other cultures that haven't been explored much in gaming like the Aztecs or even Korea.

I'll never understand modern gamers, we had a pile of games exactly like these last gen, starting with assassins creed, and now you guys want more and more? Why not ask for something fresh, something original?

GoT is completely different from AC and other open world. Or being the same genre is the same as being pile of exactly same game? If it is then we need only about 10 games released a gen.

Good to hear. It also had one of the most fun DLC's I've played. And it's free.

Hoping for a PC port somewhere down the road.

Id say thats a giving at this stage. Cant wait to get a chance to play it on PC.

That is a very oddly specific figure lol but congrats to Sucker Punch regardless!

They probably just wanted to give an announcement in time for the 2 year anniversary.

If they had hit 10M they possibly would have just said over 10M but well it was a tad short so they gone with specific instead of close to (which people would dispute to be close to 9.5 =p )

Congrats, fantastic numbers for the game that for me was the best of last gen. Had they the budget, time and experience of ND to polish the game to the 11 it would be just perfect.

It's on ps plus extra so it's not gonna sell much more. Probably 12m lifetime because of price drop to $20 eventually

I wish I hadn't got into the hype, I purchased this on ps5 recently, was waiting for a sale for a long time. Its disappointing, not a bad game, but I expected way better, having just finished xenoblade chronicles which was a way better game.
Many friends were always raving about tsushima, I expected it to be the best game ever. Its nowhere near that, its the usual assassin creed copy, with the usual open world, go here kill these guys, cutscene, go there kill those, cutscene, the usual forts, the usual horse riding. Story isn't even exciting compared to xenoblade. Sure they change a bit with the wind tracking, but in the end you're just doing the same thing, following an arrow to point B, even if its a hidden arrow. Same with all the tracking quests, a copy of all the other games, just follow the tracks, just like it was horrible in witcher 3 that you just follow the red path, there is no thinking required from the player, just follow a path and press X at the end. Even the upgrades is the usual Ubisoft stuff. You do not even need to eat to survive, you don't even need to feed your horse or anything, no need to sleep or anything. Just basic copy of the old formula. Also lots of bugs like when some part of you go through a wall or something. Why haven't they fixed these things in 2 years and all the support?
These people that rave about ghost of tsushima must not play many videogames at all. I found red dead redemption 2 better, even assassins creed valhala is more exciting, death stranding was better s it was something new, fresh, I even preferred another Sony open world called days gone.
Tsushima is like a simpler assassins creed, almost no RPG stuff in it, not many weapons either, no boat riding, and even the environments are not as scalable.
At this point I wish they had done a new bigger infamous instead, it would have been fresher and something different from the current pile of the same games.

If these companies want to make a good open world, just take a cue from Nintendo with breath of the wild, it was completely fresh and different, just take a chance and build something new.

You know a troll post when you see one. All negatives for a game that's on topic, and then brings in Nintendo as the positive (lol).

Subjectively speaking, ok this is not a game for you. Why even click in here just to troll then rofl.

Victor likes to give us comedie on a daily basis.

yeah, first learn to write English before commenting, my name is not Victor, and comedy is not comedie that almost sounds French.

I never once said the game is bad, its just way overrated, you can even walk through bamboo trees and some walls, lots of bugs, and the same old open world formula, nothing new.

"vitinho", Have I just found a Portuguese-speaking person?

We are many here 😱

every game is the same, do one mission, go and do another. Why play? 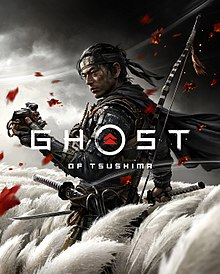