Alongside the rumors includes Danjaq, LLC, who owns many of the trademarks, characters, and other parts of the James Bond franchise, was granted an extension to its GoldenEye 007 trademark on March 15, 2022 that is for "downloadable electronic game software."

GoldenEye 007 released in August 1997 for the Nintendo 64. It is a first-person shooter developed by Rare and published by Nintendo. Rare was acquired by Microsoft in 2002.

I think I speak for all N64 gamers back in the day when I say...

PLEASE DO THIS REMASTER/REMAKE JUSTICE!

If it does come back Please do a remaster from the bottom up a la Re2 /FF7 remake. I don't think anything else could do such a pivotal game in gaming history justice.

This feels like a cruel joke at our expense.

This feels like unofficial confirmation, as there’s no reason for these to exist with an incoming game.

If its anything like the Perfect Dark port on the 360 than ill be happy. This game doesnt have to change much. The core mechanics are great, just needs modernised controls 4k, 60/120fps, character model updates, added online support and improved visuals all round. However it doesnt need to be leaps and bounds better or they might take away that classic look and feel.

Cool, a great game, and achievements/trophies gives an extra reason to play some games. With the original being Nintendo exclusive and reloaded being multiplat will this also be or MS secured exclusivity for it?

As I understand it, this is the GoldenEye remake from 2008 that Rare was working on, which got cancelled weeks before it was finished because Nintendo pulled the permission to remake it after a Nintendo rep had previously given Xbox the go-ahead. Most likely in order to release it now, Xbox had to promise Nintendo a Switch port in addition to Xbox.

It'd be nice if this came true.

I really hope it is not that in the sense that a cancelled 2008 remake is not going to hold up well in 2022.
It would need to be enhanced beyond the 2008 version.

True, but that can't be too hard to do, right? The resources are available.

The rights to GoldenEye 007 are a mess from what I recall. Nintendo, Microsoft, and the owners of the James Bond IP itself. I would expect a remaster/remake to have to come to Xbox and Switch.

Depends really. It would essentially have to be a remaster of the remake, but how well would that hold up? Remasters of games from that era can still look and feel dated by modern standards.

As long as you mean a remaster of the 20008 GoldenEye they were working on and not GoldenEye Reloaded.

Yes. Going back up the thread my comment was in reference to shikamaru’s (Rare’s cancelled 2008 remake).
The Activision game is not a remake but a re-imagining and is not something I want to see revived.

Well, being Activision I can see why you wouldn't want to see it again

It was just abysmal all around.

It they were really only releasing the 2008 or remastering it they better not even bother doing it. They would need to start from scratch. Anyway the rights to make it single, multi or anywhere in the middle likely don't depend on it being the 2008 version or new one I gues. 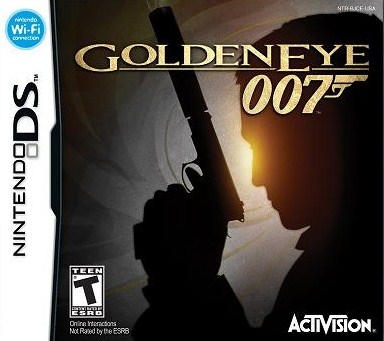 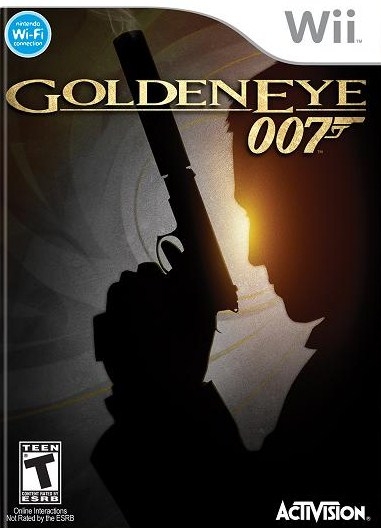