Reporter Dylan Byers, who has worked with NBC News, CNN, and Politico, in a post on Puck News has said he has heard from multiple sources that Electronic Arts is looking to sell or enter a merger and it has held talks with a number of companies, including Disney, Apple, Amazon, and NBC Universal.

The report says the gaming giant has been "persistent in pursuing a sale" and has only held more talks following Microsoft's acquisition of Activision Blizzard. 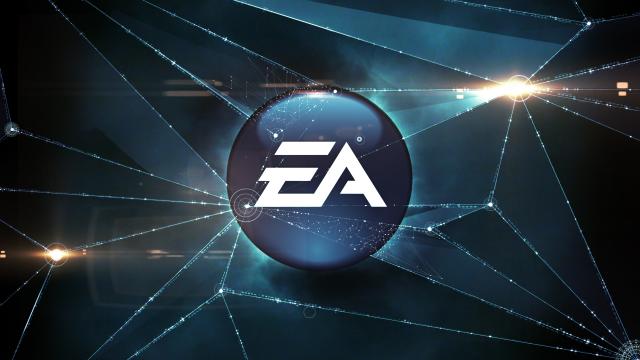 Other sources have said EA is looking for a merger that would allow EA CEO Andrew Wilson to remain as the chief executive.

Brian Roberts, the chairman and CEO of Comcast, has approached Wilson with a proposal for Comcast to spin off NBC Universal and merge it with EA into a single company. This is according to four sources who said this proposal fell apart in the last month due to a disagreement over price and structure.

EA has also approached Disney as recently as a couple of months ago looking for "a more meaningful relationship" than licensing deals. Though, it isn't clear what that exactly means.

That’s the current state of the market unfortunately

Seems like all the big dogs want to be aquired...this makes me happy to own all three current gen consoles...but I must say I am a little tired of the consolidation at this point.

The good thing is they all seem to be navigating towards PC. I've turned my PC into a console at this point and just use a controller for the whole thing.

I will have one at some point myself. But seeing as I end up with all the consoles in most cases, I have a hard time justifying the initial plung when I can already play everything I want. And for me to buy a PC instead of a console...it would have to be high end.

That is my own personal hurdle...my unwillingness to sacrifice power for my future PC. I will be there one day, just not yet lol.

I'd be willing to buy them. If any banks out there are willing to help fund a debt based acquisition, give me a call!

"....sources have said EA is looking for a merger that would allow EA CEO Andrew Wilson to remain as the chief executive."

This is why MS and Sony aren't mentioned. If that CEO is to stay in place, they'll need to be bought by a non-gaming company so that he can keep running the gaming business.

That said, they're a publicly traded company. So, they must do whatever is best for the shareholders. One of the gaming companies can certainly swoop in and pick them up if they want. And, considering the recent dip in stock prices, and the still fairly low interest rates, now looks like a good time to buy.

EA Sports titles could be, and probably should be, reworked into constantly updated games that keep people subscribed to a service like Gamepass. Just sayin'.

that is a great idea! lets see if anyone from EA reads this!

Game Studio - if looking purely at a game side - then Epic would be a better bet as its got a game distribution network and is focussed on the live service games which is wear Sony wants to go. It would also get control over the unreal engine.

This industry is going to shit.

Honestly other than Respawn I don't see why anyone would want EA. I was looking at their catalog and they really don't have anything. They have some good IPs but man you have to take in a lot of junk just to get them.

Also, those junk IPs aren't negatives. They may not be worth a lot, but they're still properties with greater than zero value.

Yea I guess because I don’t play sports games the company has lost all relevance to me. BioWare is shell of who they were and respawn is focused on Apex which while great I’m over it. They are limited by how much they can do because of it. They should hand off apex and let someone else maintain it.

Yeah, I don't play sports games either, so EA doesn't much factor into my gaming life. Madden and FIFA (soon to be EA Sports FC) are two of the biggest franchises in gaming though, so they are hugely valuable.

That said, these indy games that they've published like Unravel and It Takes Two are awesome. So, it isn't as thought EA is totally irrelevant outside of sports.

I can't imagine Sony or Microsoft buying them without all the sports leagues stipulating sports stay multiplatorm if they want to keep the licenses. Similar to MLB forcing The Show on Xbox and Nintendo systems.

How multi-platform do the leagues actually want the games though? I mean, the Switch is regularly overlooked when it comes to sports games already so clearly they don't require them to be on every platform.

Microsoft typically have day and date PC releases already so are effectively multiplatform already. Sony has been ramping up PC support in recent years too.

Plus, money talks. I'm 100% sure all of the rights holders would agree to an exclusive game if they were offered enough cash for the rights.

Sports games are an important channel to keeping sustained interest in a particular sport.

1) no one is biying EA expecting the sports title to be anything but multiplatform. That's a given, and studios will know that before even considering getting EA.

2) we don't know if Sony were forced to take MLB multiplatform. What we do know is that 2022 is the first year since 1983 that only a single MLB licenced console baseball game was released.l, meaning Sony may finally actually have exclusive console rights to the license. But that's just speculation.