The latest Call of Duty game, the first-person shooter video game franchise from publisher Activision, Call of Duty: Modern Warfare is now available worldwide. It is time we take a look back at the best-selling games in the franchise of all time at retail, according to VGChartz estimates. 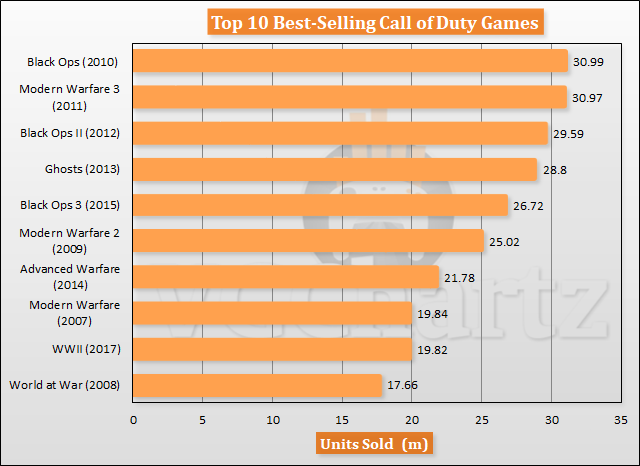 What is your favorite Call of Duty game?

MW2 is a clear winner for me, with CoD4 in second

Can you please make chart just like the console comparisons, with all the cod games through out their lifetime? It will be interesting