Nintendo had discontinued the N64 in 2002 and managed to sell 32.93 million units of the console during its lifetime. It is currently the 12th best-selling video game platform of all time. 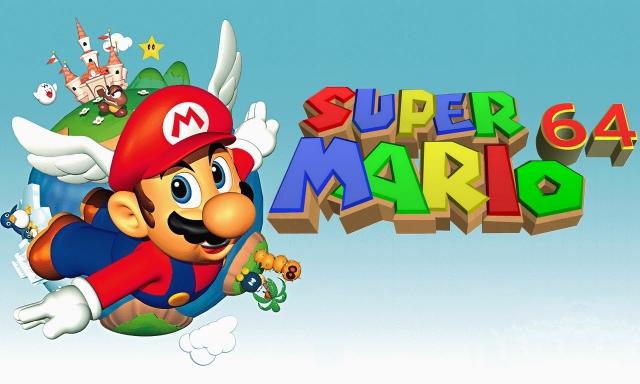 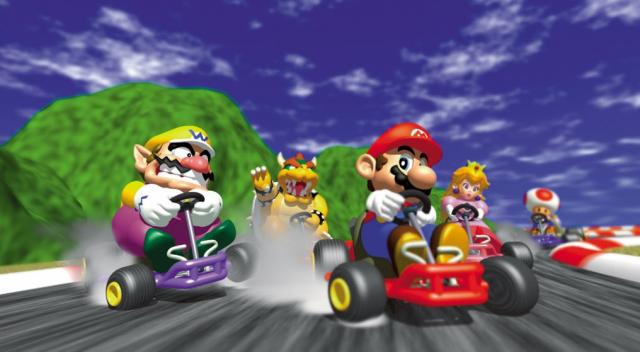 Here is a list of the top 10 best-selling Nintendo 64 games:

Time for an N64 mini, or drop N64 games on Switch Online.

I would love an N64 mini with high res, hdmi out and improved framerates. The N64 was a beast but many games aged poorly because of low res and low framerates.

I'm sure Nintendo was very happy with mk64 sales. Little did they know....

Its funny too because 2000 had Majoras Mask and Paper Mario, both of which actually have a higher metacritic than Mario 64, for example.

Yea my bad. It's still funny to me though how acclaimed Paper Mario was, then it ended up just selling well and not much else. But it's not unexpected either, released super late into the N64's life. Difference between an early release and a late one I guess. (And to be clear, I know the genre and the platform it's on would have always meant it didn't sell SM64 numbers)

Yeah, it's a shame it didn't even sell 2mil copies. It deserved way more.

The N64 had already started declining after the peak 1998 holiday season. It had to compete with the PS1, the Dreamcast, and eventually the PS2. Especially if you were an RPG fan you had pretty much given up on N64. For me the last straw was the realization that Earthbound 64 was vaporware. I think people were also hoping for a direct sequel to Super Mario RPG rather than Paper Mario. At least it did sell enough that Nintendo continued the series on Gamecube.

The N64 had a really nice variety of games except for RPG's. It's too bad because Ogre Battle and Paper Mario really show that the N64 could handle long immersive RPG's as long as there isn't too much FMV or pre-rendered graphics due to cart size limitations.

I remember the late N64 days being filled with absolute bangers like Mario Tennis, Perfect Dark, Majora's Mask and Conker's Bad Fur Day. Yes, two of them are second party from Rare, not first party Nintendo, but I definitely did not feel the drought in late 2000/ early 2001 that I felt at other times during the N64's lifespan.

It was this console that first got me into video games.

My least favorite Nintendo console. Super Mario 64 was one of the GOAT, and there were a couple of other gems like the Zeldas, Wave Race 64,Star Fox and Mystical Ninja. It was also sorely deficient in so many key genres, especially RPGs and fighting games of the caliber of Virtua Fighter or Tekken. Overall poor Japanese support other than Nintendo and Konami was also a big strike against it, especially when compared to the PS1. I will say it was a lot stronger than PS1 when it came to FPS, but those are not my favorite games. I more or less abandoned it after Ocarina of Time and only came back for Majora’s Mask. I'd say its biggest contribution other than Mario 64 was the Z-targeting mechanism from the Zelda games. It's just too bad they couldn't finish Earthbound 64. The Gamecube was much more to my liking because it somewhat rectified the issues I had with N64.

The 64 is the only Nintendo console I have never owned and have never had the desire to own. I was a Sony fan for the PS1/PS2 era, but the GameCube. (And especially Metroid Prime) brought be back to the fold. It didn’t help that Sony basically abandoned the cartoony core of their two previous consoles when they moved to the PS3.

I got one the Christmas at launch. I love Super Mario 64 and was eagerly anticipating Ocarina of Time. I guess I'd hoped other Japanese companies like Capcom, Konami, Namco, or Nintendo itself would step up and bring some RPGs to the system, but that didn't happen. On the RPG front, N64 owners were stuck with a teaser for Earthbound 64 and increasingly hollow promises that it was still in development, while Nintendo tried to hype up Quest 64. A few bones were thrown out at the end of the system's lifespan like Harvest Moon, Ogre Battle, and Paper Mario, but that was far too little and far too late. Meanwhile, the PS1 was getting all kinds of RPGs and top-tier fighting games. There was a glut of racing games, but only Wave Race 64 was in the same tier as Daytona or Ridge Racer. When Gran Turismo came out it blew every other racing franchise out of the water. The one genre besides platformers where Nintendo had a clear edge over Sony was first-person shooters. The Gamecube rectified many of these issues. It had some great exclusive RPGs. Nintendo rebuilt relationships with Capcom, Namco, and even Square Enix. Metroid Prime was an amazing experience, and the Gamecube Zeldas were IMO a huge step forward from the N64. Twilight Princess and Wind Waker are two of my favorite games of the series. The N64 had so much potential, but a lot of it was squandered by Nintendo's choice of media, being overly dependent on Rare, and their poor relations with other Japanese developers except perhaps Konami.

I, too, noticed how Sony went from Crash Bandicoot and Spyro, to Jak and Daxter, Ratchet and Clank, and Sly Cooper, and then went to gritty games like Uncharted, TLOU, Resistance, Infamous, and Ghosts of Tsushima. I always wondered why Sony didn't just buy out the rights to Crash Bandicoot and Spyro from Universal or Activision and keep Crash as a dedicated PlayStation mascot. Sony did at least keep R&C going.

Is this a typo? The N64 is the 16th best selling console according to Wikipedia, not the 12th.

A mder fcken Legendary console!
I stilll Have my one and whenever my cousin comes over we will play Mario party 2 like it's the end of the world!

It may not have been a great selling system, but it left genre/gameplay defining titles that are still being inspired/borrowed in 3D games to this day. Mario 64, Zelda Ocarina of Time, and Golden Eye 007.
The N64 left a huge impact in shaping the game industry to what it is today.

It didn't really do badly, either. It sold more than the Genesis/Mega Drive did with 32 million systems vs. 31 million systems, and that was Sega's best-selling console. It certainly didn't look great against the 105 million consoles its upstart competitor (sold by one of the biggest electronics companies on the face of the planet) sold, but Nintendo turned a decent profit on it.

A truly great console that has not aged as well as it deserves. The N64 will always be my fav.

I still have my N64 with the original retail box and everything, such a great system. The N64 and PS1 are the reasons why the 5th console generation is my favorite gaming generation.

Ah yes. Believe it or not this was actually also an item in an extended news program here today. I was surprised. The N64, indisputably the greatest video game console ever made.
The amount of all-time classics, and games that shaped how we play today on this system is ridiculous. This top 10 mentioned above alone, contains 5 mainstays in my all-time favourites list, and one more that comes and goes over the years, that we all have in the year-end Top 50 thread. Beyond these, there's even more.
One might shrug this off like it's just 'nostalgia' talking. But it's not. These games were just better, made in a time when the developers had a real vision, were trying to create new experiences and be unique. And this wasn't even restricted only to Nintendo, and subsidiaries like Rare. This happened on PlayStation too, and even on PC during this timeframe.

I don't think it will stay in front.

If it's any consolation, Super Mario 64 DS sold an additional 11.06 million, so that's almost 23 million combined for SM64.

How many copies did Super Mario 3D All-Stars sell? Also, SM64 has had the benefit of digital sales on Wii and Wii U.

Super Mario 3D All-Stars sold over 9 million copies. I was surprised to still see a couple of copies for sale in my local Target this week.