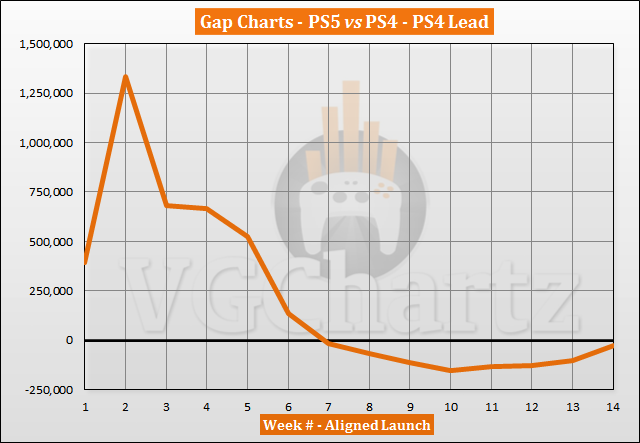 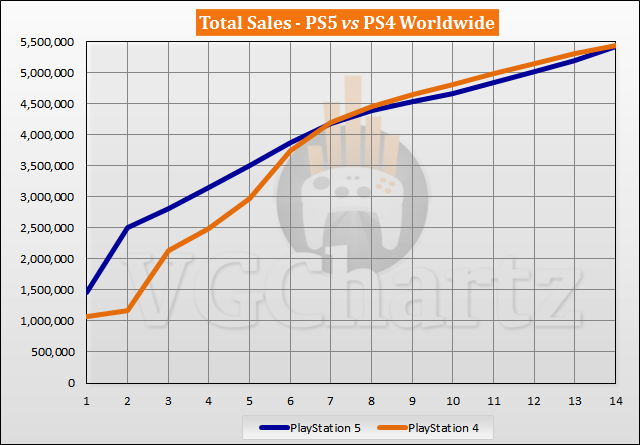 The PS5 got really close to regaining the lead but with the Japan launch week next it'll have the largest deficit yet and could take a few months before it gets a chance to retake it again. The fact it's keeping up this closely so far is a good sign for the prospects of the PS5 being another 100+ million seller.

Definitely seems that will be the case so far.

Supply is the biggest factor. PS4 had some supply issues, but nowhere near as bad as PS5. And Xbox One had pretty much no supply problems, while Xbox Series X|S does.

I expect it keeps up with the PS4 too. Whoever has the lead by then could end having it by only a few hundred thousand or so.

Next week is the Japanese release, PS4 sold almost 450K but then went back to Sub 200K numbers for plenty of weeks and even some of those weeks sales were about 130K.

If the rumours are true, PS5 stock will increase starting in the next weeks so sales will remain above the 200K mark and will pick up and pass PS4 numbers in a couple of months.

But it’s all up to Sony and how much stock they can supply.