Every once in a while, a game comes along that leaves a lasting legacy on the industry and influences dozens of other titles - think along the lines of Super Mario 64's impact on 3D platformers or Call of Duty 4: Modern Warfare's impact on first-person shooters. Other titles have a more subtle influence on the industry, a prime example of this being Papers, Please - Lucas Pope's immigration officer simulator, which mixed in social commentary with a unique gameplay loop that satirised the monotony of checking documents. I've rarely seen other games tackle these kinds of themes, but Need a Packet? is one such title, albeit one that doesn't quite mix its elements so successfully. 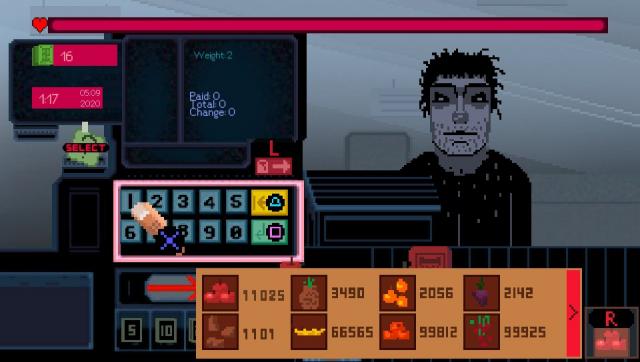 So, if you've ever played Papers, Please, you'll be in really familiar territory here - except rather than checking passports at a border, you're scanning shopping at a supermarket. This involves a customer coming in and putting their items on the counter, these are then scanned and you ask for the appropriate amount of money, which is counted out and the correct amount of change given, before the customer leaves and the next one comes along. This loop slowly evolves over a playthrough, so for example you might have to start checking IDs in order to sell alcohol, or key in the codes for fresh fruit and vegetables since they can't be scanned.

The game's title comes from the fact that you have to offer each customer a 'packet' (i.e. a carrier bag) and this is where the social commentary comes in - the game's endings are tied to how much rubbish is in the city. Before each shift starts you'll wake up in your flat, where you can see a visual representation of how much trash there is (tied to how many packets you've given out), before riding the bus to work where you can flick through various apps on your phone, including a news channel which details an increasingly cataclysmic trash problem in the city. 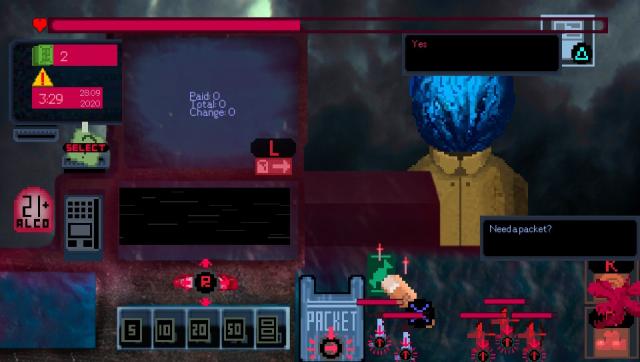 Running alongside this is the fact that the playable character slowly loses her sanity the more she undertakes the mundane task of scanning items. She also begins to see customers mutating into horrible monsters, and her work station starts being attacked by dragons which lower her health if they hit. These horror elements certainly add an extra layer of depth. The problem is that they - alongside the social commentary - just feel a bit too abstract and poorly developed to really be worthwhile. Papers, Please felt organic and like it had something to say, whereas Need a Packet? feels like an imitation without the same purpose.

The patrons you come across each day as you work - from Vasyl, a man who never asks for a packet but comes in daily for a single bottle of beer, to Venedict, a priest who purchases wine and arrives with the ominous sound of a choir in the background - as well as your boss Ulyan, make the world feel moderately alive, but they don't really have much to them beyond their initial stereotypes. There's no-one as memorable as Jorji from Papers, Please, and no narrative threads to latch onto either (aside from the final few days where everyone buys mint as they think it'll save them from the apocalypse... or is that just in the main character's head?). 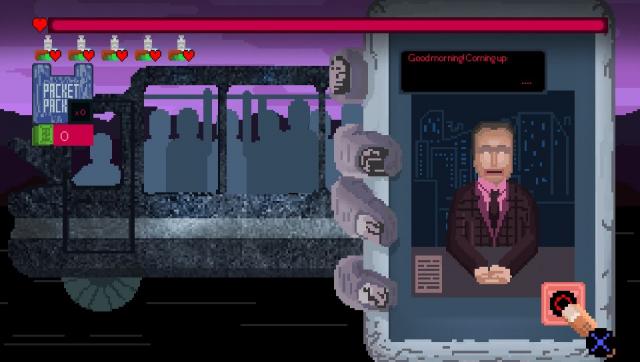 Aside from the act of scanning items and offering packets, there are other activities in Need a Packet?. At the start of each day you can look around the static screen of your apartment, before taking the bus to work. On top of checking the news on your phone, you're also able to buy upgrades during the journey, which range from more health to hiring defenders (more on this in a second). The most important is the ability to pay for clean-up in the city, which reduces the amount of trash in circulation, potentially pushing you towards a different ending (you can't refuse to give too many packets to patrons or you'll be financially penalized by your boss).

The aforementioned dragons feed into two different areas - the first is the final stretch of the bus ride, which bizarrely plays like a bullet hell shooter where you have to dodge projectiles to avoid losing health. The second is during the later stages of the game where your till is attacked by dragons; you have to protect it by using 'defenders' (little towers that fire at the invaders). They have a specific amount of uses before you have to recharge them by pressing up on the d-pad, but the game never actually explains this, leaving you to your own devices to figure things out. 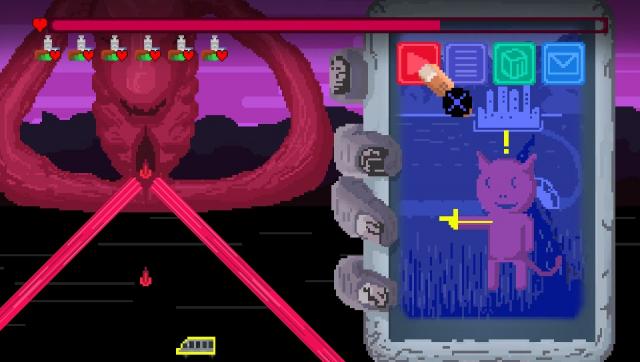 In fact, lack of explanations or instructions is a hallmark of Need a Packet?. There's a very unhelpful diagram that you can access from the menu, but otherwise you're left to figure everything else out yourself. This is also true when new mechanics are added. Compounding this is the fact that, for the Vita port, the controls are particularly unintuitive - the touch-screen isn't used at all and moving packets with the d-pad feels clunky. There are also technical issues - I had the game glitch on me numerous times so that I was unable to give change, meaning that I had to begin the day over again from the start.

At least aesthetically, the title does get things right. Need a Packet? is obviously inspired by Papers, Please with its bleak aesthetic and crudely drawn characters, but it also makes good use of colour and has a style that works well. What impressed me most though was the soundtrack. During your bus rides to work every day you'll listen to plenty of addictive and soothing songs; they're so good that they end up being a clear highlight and make the intentional monotony of the gameplay loop so much more tolerable. 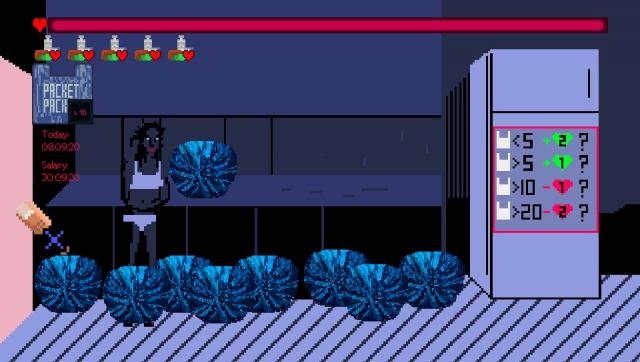 Although not wholly original, there's clearly a good game in Need a Packet?, but a number of issues ranging from bugs and glitches to under-developed narrative threads keep it from greatness. That said, I did enjoy playing it for the most part - this type of gameplay design is still quite rare and it's mostly well executed here. I hope the developer takes the time to further develop what worked and refine what didn't in a much-improved sequel.

This review is based on a digital copy of Need a Packet? for the PSV, provided by the publisher.