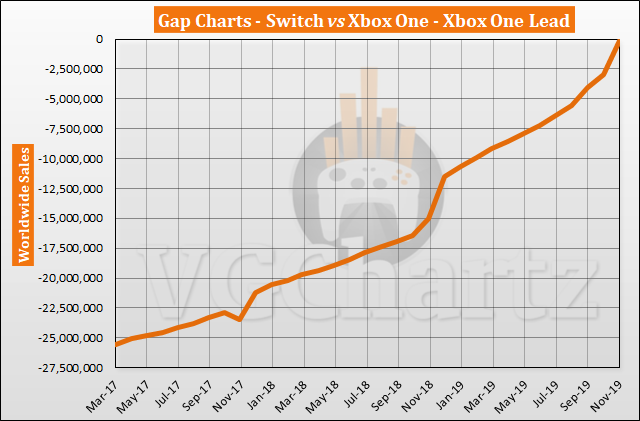 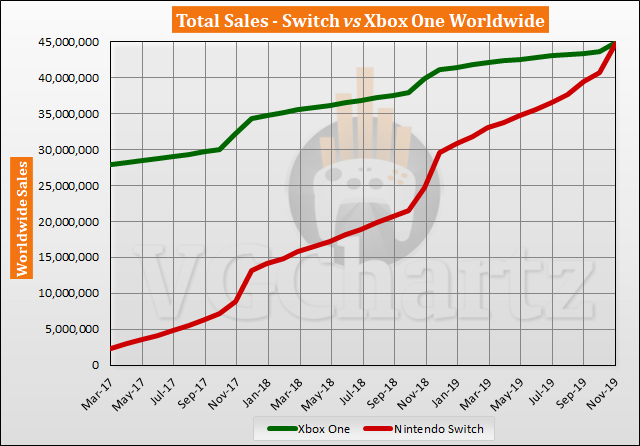 As VGChartz previously reported, our estimates have the Nintendo Switch surpassing the lifetime sales of the Xbox One for the week ending December 7.

Damn. Switch crossed Xbone in just 2 years and 8 months. And it's about to increase it's lead over PS4 to break the double helix they had going on. If Nintendo can maintain the momentum, the switch might end up selling more than the PS4.