The final gift from Atlus to Japanese PS Vita players, Catherine: Full Body is an enriched and improved version of the 2011 PS3 & Xbox 360 puzzle game. However, the puzzle aspect isn't the main attraction of the game, which is more so considered a large interactive visual novel about love and faithfulness. 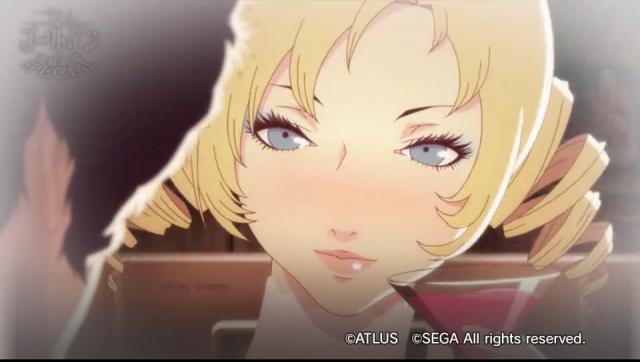 The player takes on the role of Vincent, an average man in his thirties, with a common job, a love of alcohol, and a girlfriend (Katherine) of several years. He's a regular costumer at a bar called the Stray Sheep, but one night at the bar his ideal life is disturbed by another Catherine (Catherine C), who openly tries to seduce him. Unwilling to marry Katherine, should Vincent tempt fate and go with Catherine? It's up to you, the player, to decide.

Each day commences at the bar, where the player has a limited number of actions they can perform, such as talking to other costumers or answering Catherine's and Katherine's calls and text messages. Each choice directly impacts the end of game, since they modify Vincent's relationship with all the Catherines as well as with secondary characters. Depending on what you do at the bar, the final chapter is going to look very different from one playthrough to the next. I want to stress that the system is very precise; it even allows you to choose every sentence in responding to text messages! 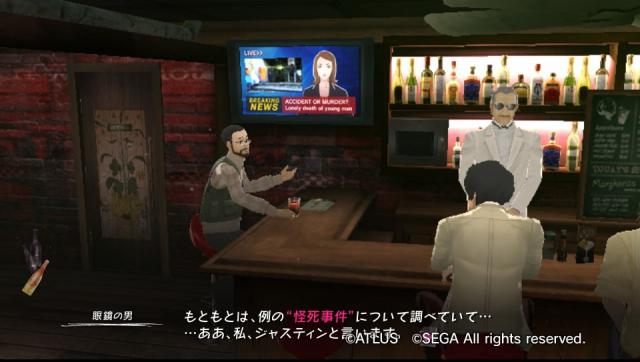 While the game has clever dating elements, there's a lot more to character interactions than that. The other clients in the bar are also interesting, for example; each character is fully voiced by famous Japanese voice actors and the dialog is fantastic, properly developing their personalities. I would especially like to mention the bartender, who has a unique accent and plenty of hilarious stories about women. Every secondary character also has his or her own story, often tragic but very detailed, which allows you to experience numerous storylines and not just Vincent's. You really have the sensation of living an adventure with them and reaching each character's ending makes you empathise with them. 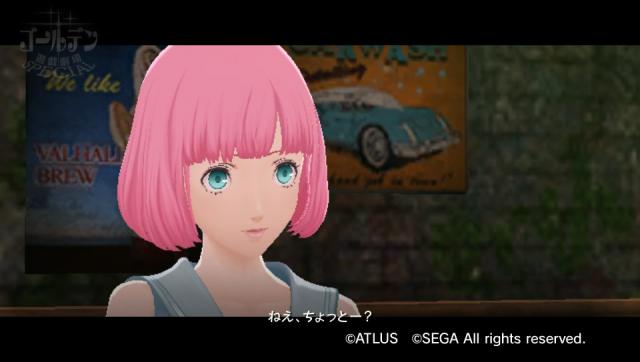 Of course, the main addition to Catherine in Full Body is the third potential girlfriend - Qatherine (commonly called Rin). I'll keep my description short in order to avoid spoilers, but suffice it to say that this character's story further explores the question of love and relationships in general. In terms of personality, she's calm and kind, so pretty much the kind of female companion that was lacking in the original game. There's also a full extra stage after the final boss, corresponding to her narrative route. 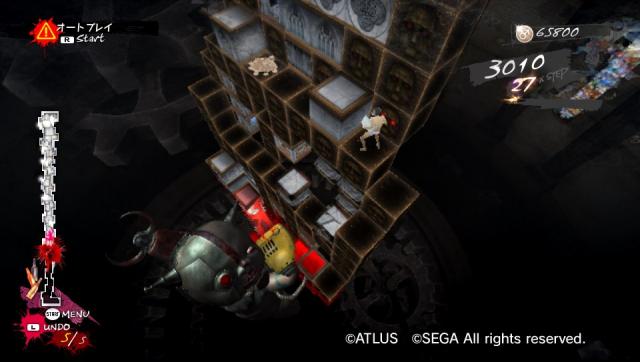 After a few drinks, Vincent goes back home to sleep. The trouble is that he has nightmares every night - and not your usual nightmare, since dying while sleeping means he never wakes up. Of course, there's a hidden truth behind these nightmares and the end of the game contains its fair share of shocking reveals. Every dream is made of several stages in which Vincent must climb gigantic walls built on blocks. Vincent has to move the blocks and make stairways so as to reach the top. The rules are simple, but in actual practice the level are not easy to complete.

Therein lies my only problem with Catherine: Full Body - namely that normal mode feels excessively difficult, to the point I wanted to throw the towel very quickly during some of these segments. The puzzle gameplay is highly demanding in terms of logic, because you need to calculate countless moves and possibilities in advance, but you also need to think fast because the ground is collapsing under Vincent, making him fall if you don't climb quickly enough. On top of that the game adds different types of blocks as you progress, to spice up the challenge. Ice blocks make Vincent slide towards the edge of the stage, while exploding or trap blocks can kill him instantly. 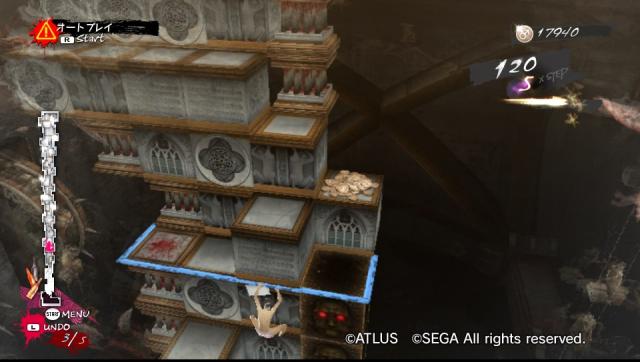 Which leaves the easier difficulty modes. Easy proves to be very uneven - it stimulates you to think carefully some of the time but in general you can quickly figure out the way to the top. Aware that the title's difficulty had become a drawback for many players in the PS3 era, Atlus has also now implemented a 'Safety' mode, which removes the challenge aspect completely and allows those who wish to simply enjoy the story to do so without any risk of getting stuck on the puzzle sections. More options are almost always better, but I'm not entirely convinced that this was the best way to go. Basically, Atlus is dodging the issue instead of facing it. Tweaking the normal mode and delivering a more balanced game would have been more enjoyable than just literally allowing players to avoid all forms of challenge. 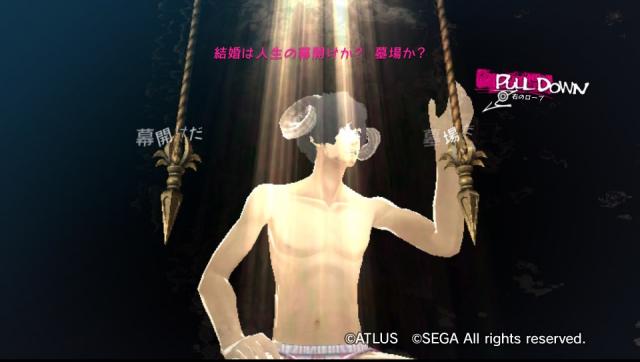 Between puzzles, the game will ask you to make more choices. A strange voice that speaks to Vincent during the night throws existential questions about his relationships with others at him. The specific answers you give to these questions are even more important for the outcome of your playthrough than your actions at the bar. And you need to think twice, because the logic is at times bizarre, making the best endings very difficult to unlock. From having seen the choice and ending tree in a Japanese walkthrough, I can say that it's extremely complex, especially Qatherine's route.

I eventually managed to see three different endings (although there are a lot more in total) - one for Katherine, Catherine, and Qatherine. It took me more or less 25 hours to do this (one walkthrough lasts about ten hours and you can retain saves around chapters four or five if you want to go back for several different endings). Each one of the endings I obtained was fun and quite inventive, and despite Sony's current stance on sexual content in games nothing seems to have been censored in any way. 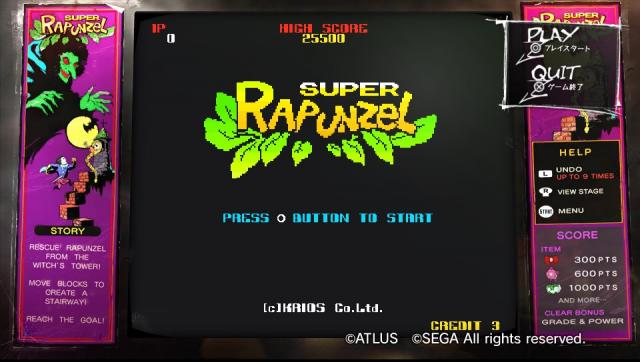 Catherine: Full Body has extensive side content too. For example, drinking a lot of alcohol unlocks small anecdotes about the type of beverage Vincent has drunk (you come to know more about the way it's made, served, and so on). There's also an arcade machine featuring a climbing mini-game that's quite close to the one you play through in Vincent's nightmares. The other attraction in the bar is the jukebox, which contains a huge playlist including both the soundtrack of the game as well as countless music tracks from the Persona series. Finally, there's also an arcade mode (called Babel), which plays like the puzzle parts of the main game but with a unique difficulty setting. This difficulty setting is quite hard, in the Japanese version at least, but on the plus side you can tackle it with another player locally or via the internet. It's quite fun if you can find a friend who's into Catherine.

Catherine: Full Body is a fascinating adventure that, thanks to the depth of its narrative and branching paths, can be experienced and re-experienced numerous times without losing its charm. Despite Atlus solving the difficulty problem from the original version of the game in a lazy way, Catherine: Full Body is a great title, filled with remarkable characters, plenty of content (both old and new), and an addictive game structure.

This review is based on a retail copy of Catherine: Full Body for the PSV

Vita version is not being translated to English right?

Unfortunately no. Sad because it's one of the best PSVita port imo

It was what I read about the difficulty that kept me from buying this on PS3 the first go round'. I don't like to cop to easy mode, but I'm getting older, and this game sounded like it would have afforded me much opportunity for frustration a decade ago, let alone now. Easy mode actually makes this more appealing.