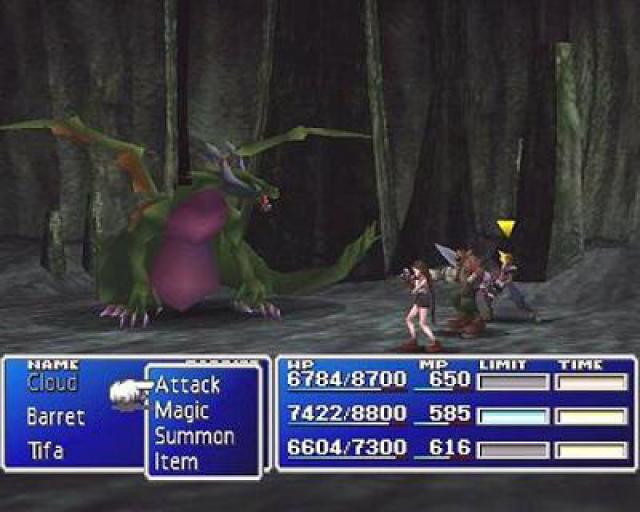 Final Fantasy VII had a big impact on the games industry, but it had an even larger impact on the public perception of RPGs. It wouldn't be an exaggeration to claim that FFVII was the first mainstream RPG — it sold 10 million copies, the most of any Final Fantasy title — and was one of the first games to place a huge emphasis on story and production values. In fact, it cost $45 million to develop, making it the most expensive of its time, and required a team of roughly 120 artists and programmers. 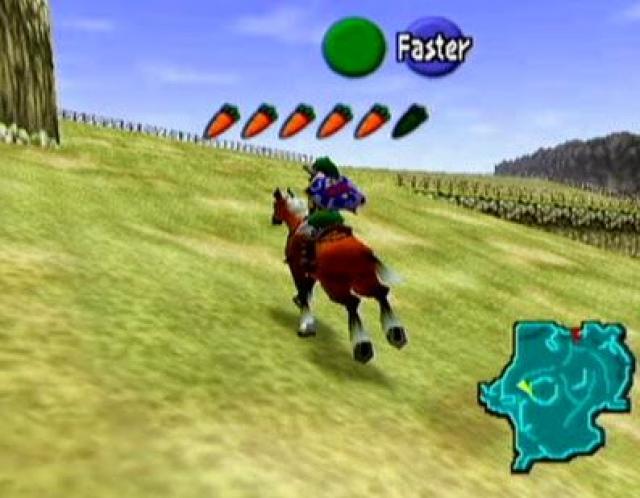 Ocarina of Time is a masterpiece, the pinnacle of Nintendo creativity and ingenuity, and the benchmark against which a large number of games — past, present, and future — are judged. It pioneered innovations like z-targeting, auto-jump, and context sensitive buttons. It took existing game mechanics like horseback riding, fishing, and the realistic passage of time and wove them into the narrative like never before. In addition, Ocarina features a sweeping musical score, unmatched sound design, and gameplay so rich, varied, and engaging that it had no equal. 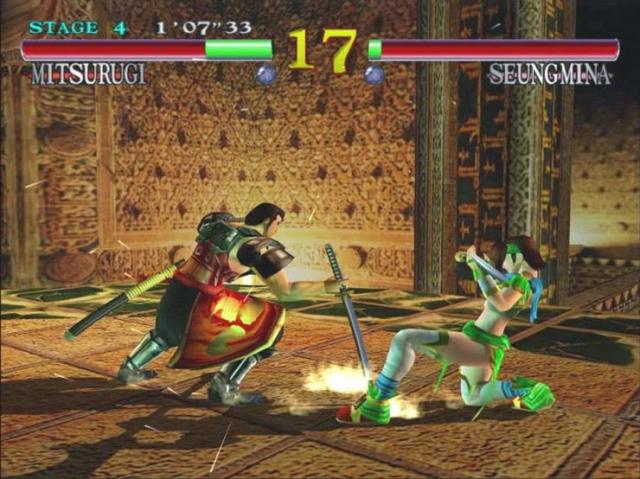 Boasting incredible graphics, huge replay value, and a revolutionary "eight-way run" control scheme, SoulCalibur is one of the best fighting games ever made. Combat is strategic and intense, the character roster is varied, and the action is silky smooth and beautiful to watch. One of the highlights of the game is "Missions Mode," a story mode of sorts where players can complete missions to earn points, which can then be used to unlock concept art and costumes. 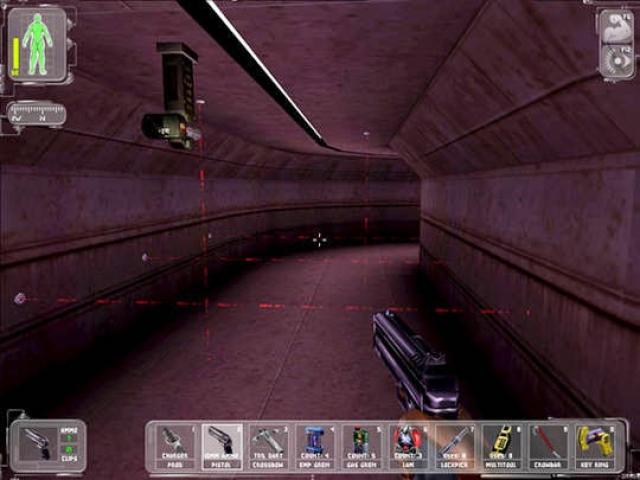 It's difficult to single out one thing that makes Deus Ex such a superior game because everything works together. Graphics and sound provide an appropriate sense of place and atmosphere, the story and characters provide meaning and direction, and the dynamic gameplay provides constant challenges. What might be Deus Ex's greatest strength is its level design. Each level is perfectly spaced and paced, whether it's UNATCO headquarters on Liberty Island or a night club in Paris. 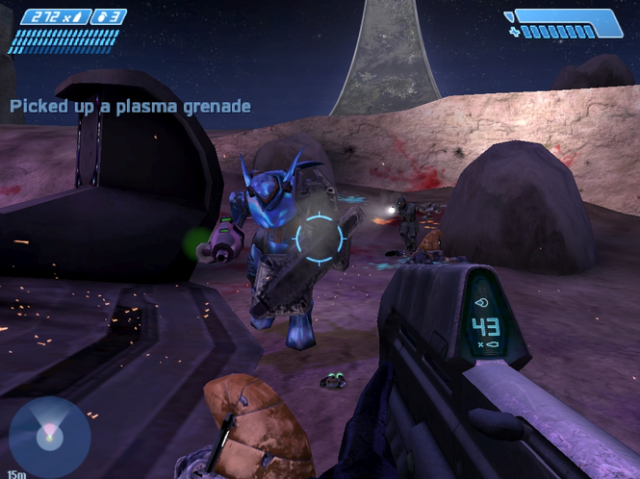 By providing the nascent Xbox with a "killer app," Halo: Combat Evolved secured Microsoft's spot in the gaming world. It also introduced features, control schemes, and themes that have infiltrated almost every mainstream first-person shooter since. Lastly, it helped move first-person shooters away from computers and onto home consoles, a journey begun by games like GoldenEye, Perfect Dark, Medal of Honor, and Red Faction. 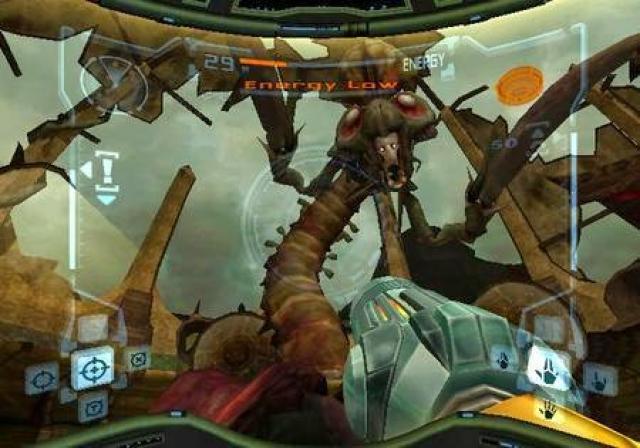 When Metroid Prime was showcased by Nintendo at E3 2001, the reaction from fans and critics was mixed at best. Thankfully, Nintendo and Retro Studios (the new kid on the block) stayed the course, and released a game that somehow, miraculously, managed to transition Metroid from 2D to 3D and third-person to first-person all at once. The result is one of the best games of the sixth generation, and the start of a brilliant trilogy that would continue on GameCube and Wii. 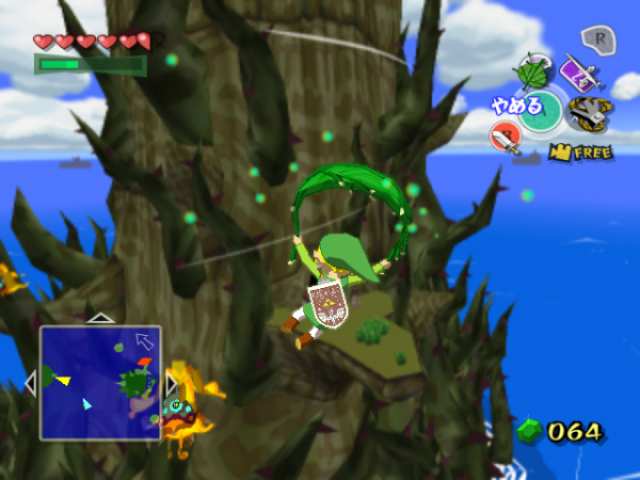 Unfairly criticized at the time for its cartoonish appearance, The Legend of Zelda: The Wind Waker features some of the most memorable and vibrant art direction of any Zelda adventure and boasts, without a doubt, the most visually expressive Link of any franchise game. Set on a huge, never-ending great sea, The Wind Waker is the story of Link’s quest to rescue his captured sister. Unlike other Zelda games, in which Link traveled by foot or on horseback, Wind Waker asks its players to navigate across the vast ocean in a small sailboat. 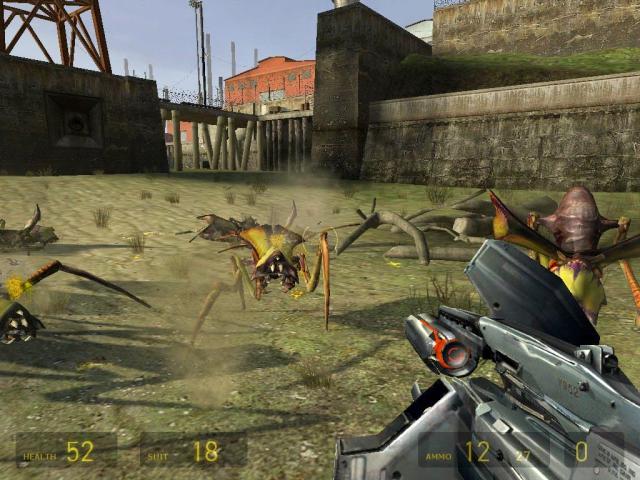 In Half-Life 2 Gordon Freeman must use his weapons and his wits to, once again, save mankind, in this instance from alien overlords and their human collaborators. Boasting an incredible physics system — in which objects and people obey the laws of gravity, friction and buoyancy — remarkably sophisticated artificial intelligence, and superior graphics, Half-Life 2 was a technical marvel. Half-Life 2 unfolds across several chapters, some of which involve the use of vehicles, some of which are heavy on problem-solving. 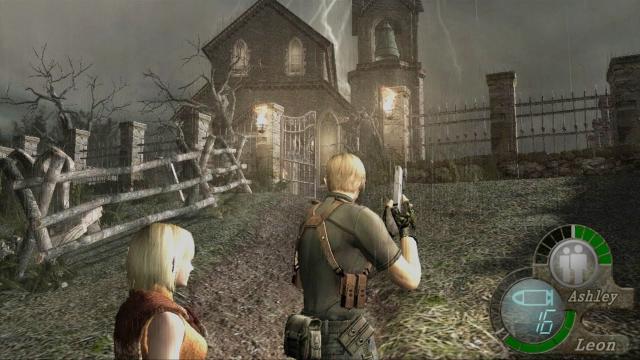 Set in a rural village somewhere in Europe, Resident Evil 4 follows Leon S. Kennedy (one of two heroes from Resident Evil 2) in his search for the missing daughter of the American president. Capcom removed the fixed camera angles that had defined previous installments and allowed the camera to follow Leon wherever he went. Thus Resident Evil 4 became something of a survival-horror and third-person shooter hybrid, with some RPG elements thrown in for good measure. The game is thrilling, terrifying, and addictive, all at once. 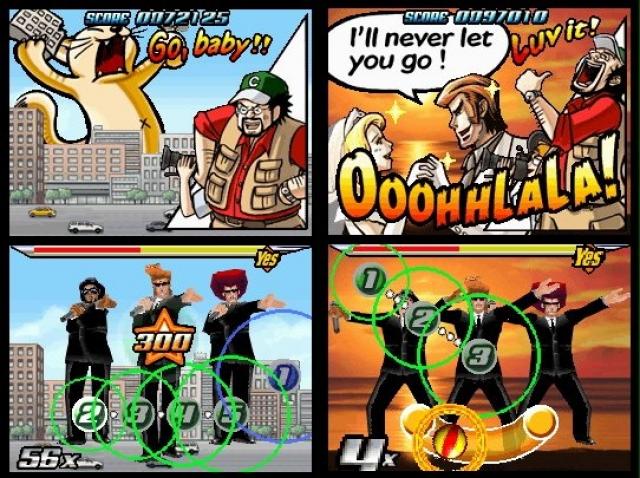 One of the most inventive titles for the DS is Elite Beat Agents, a rhythm game with a great sense of humor and huge replay value. Elite Beat Agents follows a trio of government agents who fly to the rescue of everyday people in need, using music and dancing to motivate them. Players must use the stylus to tap, drag, and rotate objects on the touch-screen in rhythm with one of sixteen pop or rock songs. Most of the episodes in Elite Beat Agents are very funny. Others are touching and emotionally powerful.

It's only the greatest rhythm game of all time. If you haven't played it, you're missing out!

Well, can't argue this list is breaking out of the lot! Next decade should be even more divisive, I see no clear winner apart for some few years

That's what I thought.

lits torches and raises pitchforks yeah, a disagree with this one so much xP

beam me back scotty

I just played ocarina of time and majoras mask in gamecube, 3 months before re4 release. I played gamecube 6 months in row and leave my ps2 in the dust just like my life.

Totally unexpected pick for 2006, and to those who say Rhythm games are generic phone games, well, keep in mind this game came before all the crap that is now available for smartphones.

I can dig the choice of Elite Beat Agents, even if I'm personally I much bigger fan of the japanese original. :D Those games made rhythm a genre not to be trifled with. Something much greater than imitating a real instrument.

No original Half Life? no Counter Strike? no Unreal? no Quake III? no Age of Empires II? no GTA III? Damn... you and I had totally different gaming life.

All of those games were revolutionary at the time, but they haven't aged well. Especially not when compared to what he gave the GOTY awards to.

Alas you see that the list is very personal when the guy put Elite Beat Agents ... being that had games with mt more impact and importance in the industry in 2006, than a game of generic phone ...

Well these are your picksI, so I am fine with that.

I liked Elite Beat Agents but I would not put it over some of the games that came out that year. I will agree some of the other picks though. I did love wind waker.

Very hard to argue against the relevance of any of those games on the videogame industry (with perhaps 1 or 2 exceptions.). Interesting list either way.

WoW! To think that i've played all these games at their time is so awesome! (well except one:P)