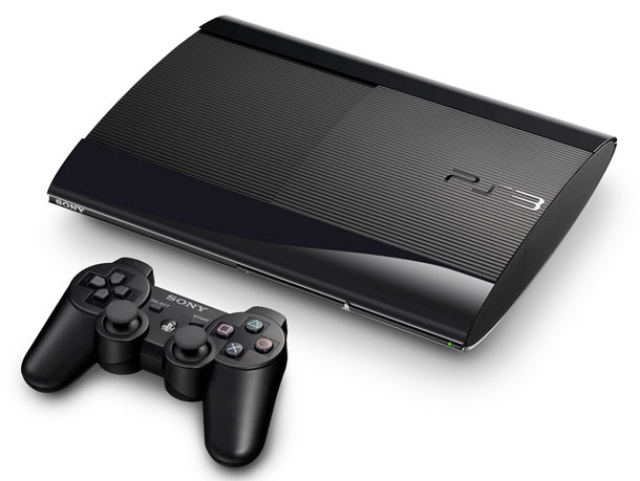 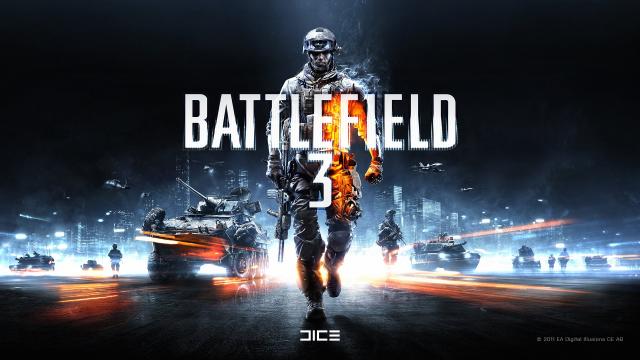 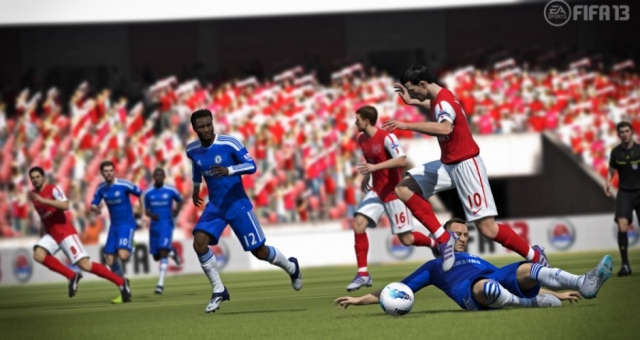 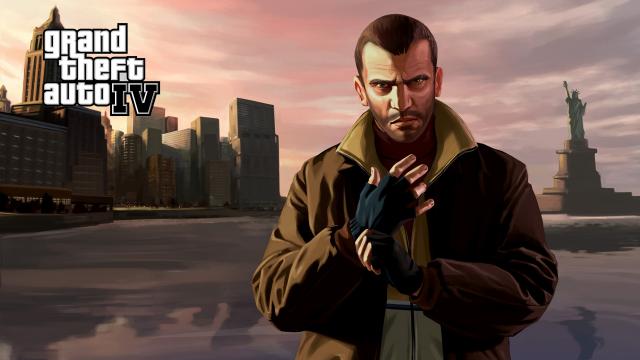 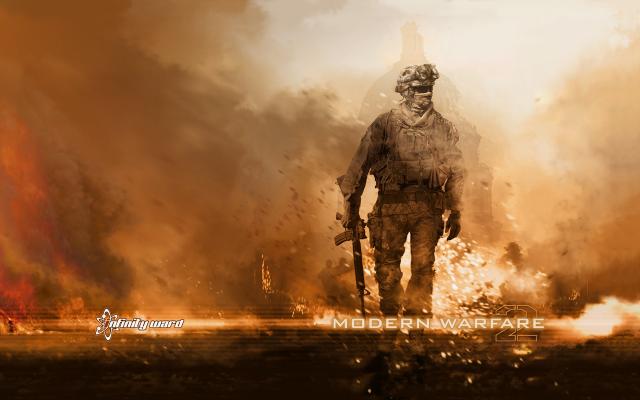 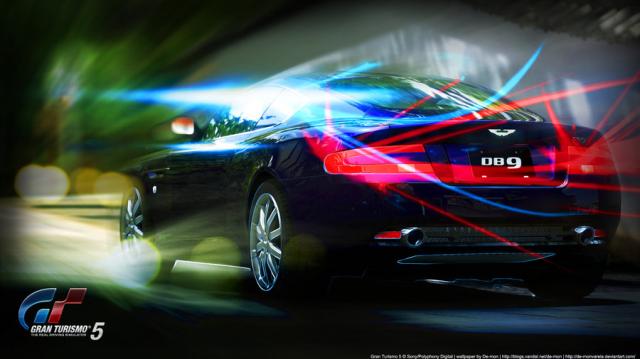 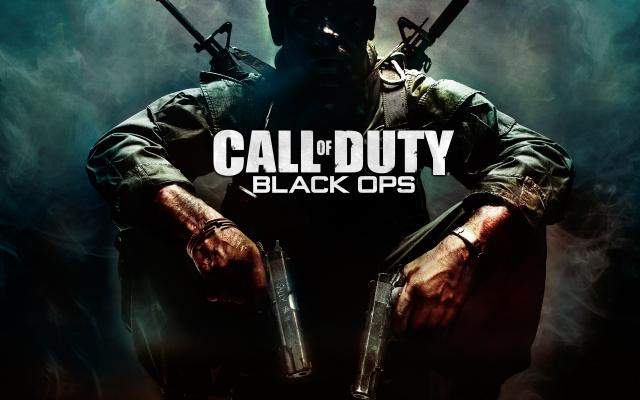 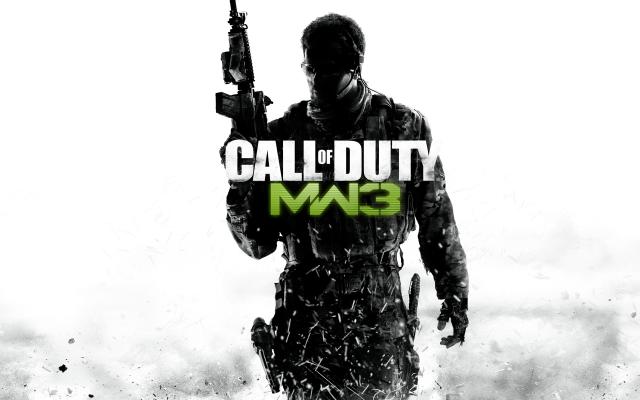 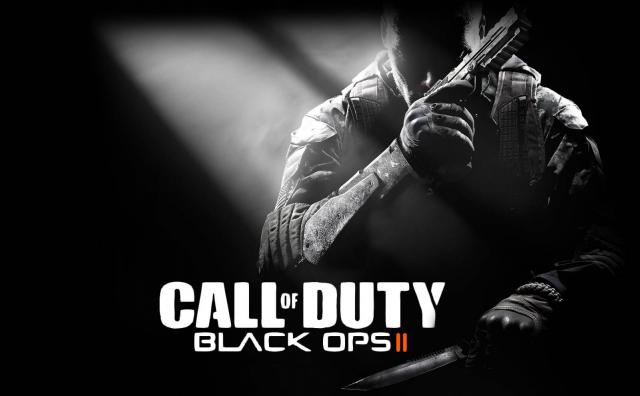 Kind of a depressing list. Then again, the really good games come afterwards.

Wow, no The Last of Us. You'd think it coud reach the Top 10. Maybe it came too late on the lifecycle?

On PS3 as well, just not here.
Over 7M within the first year of sales on PS3 only, numbers from around 15 months ago.
As much as the PS4 and its version ate a lot of sales from the original version, it still was able to make to the top 10 on the PS3.

Last August it had over 7 million, probably around 7.5 or above Fifa

Not last August. August 2014, right before the PS4 version came.

I consider last August 2014, and not this year's august :P

PS3 is a beauty, though PS4 is simply a monster. Can't wait to see how PS4 will end(predicting 100 million if lucky).

I remember when people were saying that there would be no 10 million+ title for the PS3. Glad that was proven wrong. Thoufh admittedly there is too much COD for my liking

Last of Us sold more than Battlefield 3 js.....it was at 7 million plus last August....I'm sure it sold a bit more since js

TLOU was confirmed to be over 7M over a year ago.
Not a single chance it didn't made to the top 10.
But oh well. Too much CoD there.

We need less dew and doritos these days.

Too bad games like Siren and Katamari Forever will never chart as high saleswise.

I'm actually shocked to see lists of scary games and hardly any of them include Siren in them at all. I thought Blood Curse was pretty horrifying at the time.

Kind of a shame to see some diversity in the PS and PS2 lists and then PS3 is basically CoD, CoD, CoD, CoD, CoD, Battlefield, Fifa, GTA, CoD, CoD..... I thought XBox was the go-to for shooters during the PS3/360 generation.

The the Xbox was and still it because the PS3 has a plethora of variety of titles more than the Xbox 360 that just didn't chart as high as genres that appealed to a mass audience.

^^^ 360 had just as a diverse library as the PS3 did, only difference was it had hardly any JRPGs, which nobody missed.

No it didn't. Go get some sun. A rock doesn't make a good home.

Xbox never has as diverse of a library as Playstation does.

@NightDragon83 A lot of people like RPGs but the PS3 never had many, it lacked important series such as Kingdom Hearts.

^^^funny there are plenty on the PS3 but if there really are alot of people who like RPGs then why are sales of those games so low?

Sales of what games?

^^^Yeah pretend you don't know what I mean.

because they make more profit? and are the reason the ps3 outsold the xbox360 in the end? despite the worst start a console could ever have? maybe that's the reason? Are all games not in the top 10 now flops or what?

Would have been more interesting to see top 10 exclusive sales, rather than a bunch of CoD. Oh well.

No last of us in this list huh? That´s weird

Man, the COD series sure had a lot of success in the 7th generation. 5 of the games on the list are COD games, 6 of the games being shooters. Then there is GTA too. Really shows what was leading last gen.

And COD will lead the 8th generation as well :)

As gaming becomes more mainstream, games that appeal to the masses will take more center stage. It's like that with most any entertainment industry.

Not sure how that happened. I've gone ahead and fixed it.

It would seem CoD is better than all!

proves how much sony deservs to be commended for supporting non boring mainstream tastes and bringing new interesting stuff to the grid - . makes me wanna buy their products (at least regarding gaming) even more. PS VR day one!

Xbox is gonna be almost the same. Except remove gt and fifa and and add halo and kinect. Hopefully Nintendo Wii will offer some diversity.

Kingdom Hearts 2 was on PS2, so that's why. MGS4 was a highly praised game, but it's true the MGS isn't a top selling series like Copy/Paste of Duty.

I wouldn't mind seeing a list of top ten exclusives or just one that does not include CoD lol, this is the biggest eyesore of the lists so far.

Think I see why Nintendo is struggling... The mainstream genres are exactly the ones that they don't have lately lol

Hopefully the shooter craze calms down, though... Seems ridiculous that Call of Duty would constitute half of the PS3's top ten including three of their top five.

It's funny, I love my PS3 but don't own or even have any interest in a single game on this list.

Only one first party title in there... Multi platform games just rule, would have loved more first party games in there. Say la vie!

Just to be "that guy" for future reference, it's c'est la vie ;)

pretty sad list only 1 japanese game and its a racing game...i really hated last generation man it was pure trash

So true, what was really missing from last gen was more generic JRPGs and copy & paste 3D platform / action games.

As opposed to generic shooters that are themselves copy/paste, right NightDragon?

The gp showing their boring taste

So much for that vaunted 1st party lineup of Sony's... only one 1st party title in the top 10. And some called the 360 the "shooterbox"... ironic not only considering the PS3's top selling software, but just take a look at the top selling games on PS4 and its even more shooter-heavy than its predecessor. In fact... currently 5 of the top 10 PS4 games are shooters (8 if you count shooting-intense GTAV, Watchdogs and Last Of Us), and 2 of them are the EXACT SAME as 2 of the top 10 PS3 games... GTAV (#1 selling PS4 game) and COD Ghosts! And it's not just 'Murica either... only difference is FIFA is #1 on the PS4 in Europe (surprise surprise).

so just the games in the TOP 10 most sold are counted? What did you except? of course it is full of cod, gta look at the bigger picture and tell me the ps3 doesn't have more diversity than the xbox 360.

It's really obvious that the mass only cares about games such as COD, Madden,GTA5,and other multiplatform. I don't know why it is hard for people to understand.

^^^@Sprash I don't think the mass really care about the "bigger picture".

what has the "mass or casuals" to do with the diversity from playstation games? we are hardcore gamer so we look at the bigger picture what a library has to offer or are you and nightdragon just casual gamer who play not more than fifa, cod or gta?

That vaunted 1st party was there. While shooters on the Xbox 360 outsold the PS3 version, other PS3 titles which comprised of both 1st and 3rd party exclusives helped pushed PS3 sales past Xbox 360 sales.

@Sprash look at the list it is full of COD games,a FIFA game, two GTA games, and Grand Turismo 5(a racer). Which makes it no different than the 360 and people brag about how it has JRPG's as if people care more about it than shooters which I'm sure what Nightdragon is trying to say. Also if everyone was hardcore then even jrpg's would equal in sales as shooters which is not.

@livingmetal actually you should thank Japan for that.

I'm sure......if PS had huge series that were just shooters and racers like Xbox they would have sold a lot as well js anyways sells don't equal quality.
There's really 2 first party games in the top 10 since Last of Us sold more than BF3.
What major series does Xbox have that aren't shooters? Fable? While PS has many series that arent.

In the top 21 PS3 games 6 are first party I believe and none are "shooters". While the only true exclusives 360 had in top 21 is shooters in Halo and 1 Gears. Bundled games don't count imo