Annualization became a major subject of debate with the likes of Call of Duty and Assassin's Creed, but years before these two series got big, Nintendo was releasing a new Mario Party almost every single year during the Nintendo 64 and GameCube generations. The board game mayhem, minigame madness and star collecting was a local multiplayer superstar and sometimes a friendship killer. But since the Wii era, the Mario Party series hasn't seen many releases. The ones that did release have tried to shake up a worn out formula (with mixed results), while the Wii got its own spin-off series, Wii Party. Mario Party: Island Tour is just the second Mario Party title in the last six years and the first for the Nintendo 3DS. While it's not the classic formula gamers remember, it takes a step up from Mario Party 9 and offers an enjoyable experience. 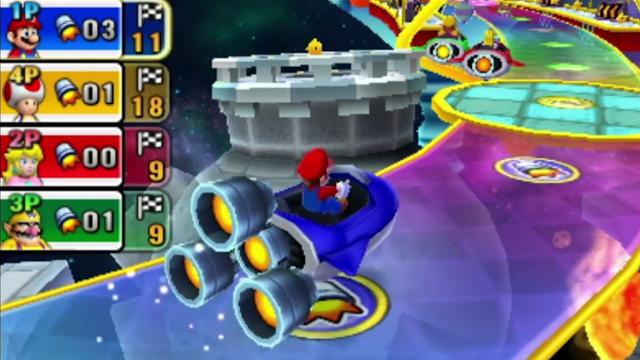 Party mode is the crux of the game. There are seven different maps, each with their own rules and mechanics. Most are races where the first player to reach the end wins, but each map feels different from the others thanks to its individual rules. One map will ask you to collect the most Mini Stars while another will replace the 6 with a Banzai Bill that launches and knocks players off course. One course gets rid of the dice entirely and has you using cards to determine how many spaces you move. Each board is built to accommodate its rule set and it makes the linear boards more interesting than they were in last year's Mario Party 9, where every character rode the same vehicle to the finish. Each map is given a 1 to 5 rating in the categories of Skill, Luck and Mini-games (number of minigames played on each map), but I found the rankings to be arbitrary and not entirely reliable. These games tend to be short, but that fits the portable nature of the 3DS well.

Of course, it wouldn't be a Mario Party without minigames, and Island Tour features over 70 different minigames that you can play either during party mode or freely in the Minigame mode. Each minigame uses a different control set-up - some only use the stick, or buttons, while others combine multiple control methods. Some minigames take advantage of the 3DS's camera and microphone and these tend to be the more engaging experiences. During Party mode, these minigames determine who will get the biggest benefit in the next set of turns - they may offer an extra die, more mini stars or the chance to pick a new movement card first before the rest of the players. In minigame mode, the games can be played freely, played as a group of 10 in time attack to score the fastest time possible, or in a match set format where the first to 3, 5 or 7 wins is the victor. 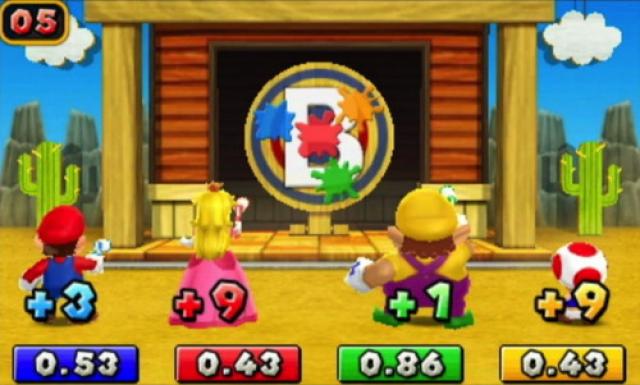 While the minigames feature a wide range of quality, many of those that I played through were quite enjoyable. There are a few luck based minigames that can be infuriating, but many of them can be won by those with the most skill (it's the party boards that could cause the screams of agony via luck). Though Island Tour offers five different difficulty levels, ranging from Easy to Master, playing the AI will eventually get stale and won't hold your interest for very long.

For solo players, there is Bowser's Tower, a mode where the player climbs the titular tower to thwart Bowser's evil scheme to take over the Party Islands. Each floor has either a minigame or a battle that must be beaten. Ultimately this mode ends up being like free playing minigames but with a different backdrop which makes it tedious. Bowser spices it up every few floors by rolling a roulette of awful things he can do to you, but even so, this mode isn't much to write home about. 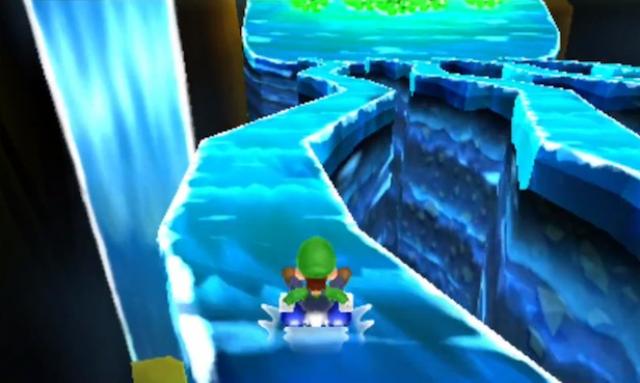 Multiplayer is where the game's value is. Only one player needs to own the game while the others can download the necessary game data through wireless communication. From there, Island Touroffers the same wild fun that the series is known for. One thing that could cause a lot of problems is the logistics of it - just playing a four player game of Island Tour requires you and three friends to own a 3DS or 2DS. That's more to ask of someone than in the console versions of the game, which require just one console, controllers and a TV. If you don't have a group of friends that all own a 3DS/2DS, Island Tour won't hold your attention for long, maybe 5-7 hours, depending on how long it takes to grow bored of facing the AI or how long it takes to conquer them on the Master difficulty setting. With a $40 purchase price, that could be a tough pill to swallow.

Sadly, multiplayer is local only; there's no online. This isn't a surprise, since Mario Party games run longer than most types of games (and Nintendo is gun-shy about online play), but it is still disappointing that there's no ability to play online, even if it were to be only with friends or only playing the minigames. The lack of online greatly diminishes the appeal for players who won't have frequent Island Tour local meet-ups with friends. StreetPass Minigames allow for a pseudo-online experience, where players can battle against other players that have been tagged via StreetPass in various minigames. Special items and Mario Party points can also be won.

Playing the game in any gameplay mode will earn you Mario Party points, which can be used to purchase memories to view in the gallery. These items come with sound effects or music from the character/level in question. They aren't particularly interesting and will only interest the most ardent of collectors. 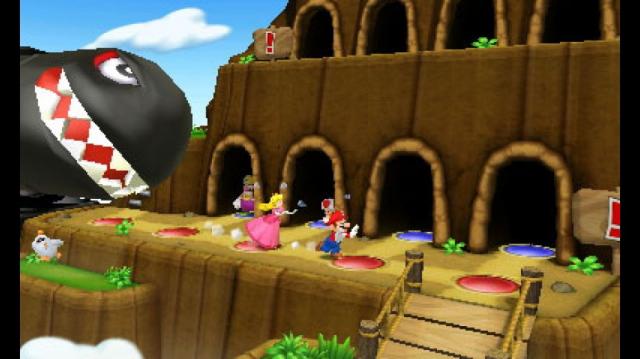 The graphics look alright - Island Tour is visually neither bad nor amazing, but about what you'd expect from a game of this nature. The 3D view doesn't significantly add or detract from the experience either. The usual cheers, hoots and hollers from the Mario characters are the same that you've likely heard from past titles; in essence the presentation is all by the book and a case of business as usual.

If you have enough friends with the 3DS or 2DS, Mario Party: Island Tour becomes a fun title that's probably worth picking up. But if your social group lacks the necessary hardware or interest, the game becomes a barren experience that can only hold your interest for a short time. When you do have everything in place, however, this is a solid Mario Party title.

This review is based on a retail copy of Mario Party: Island Tour for the 3DS