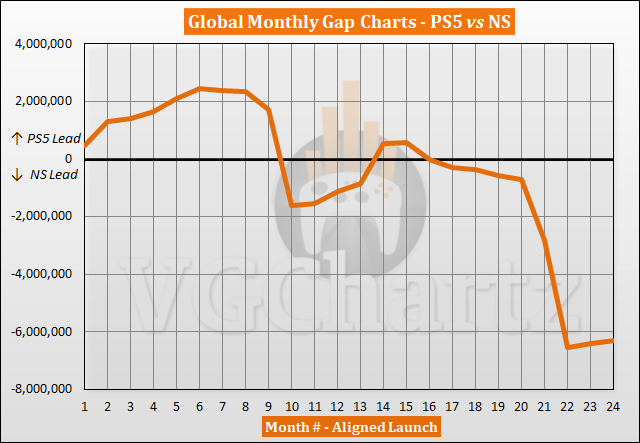 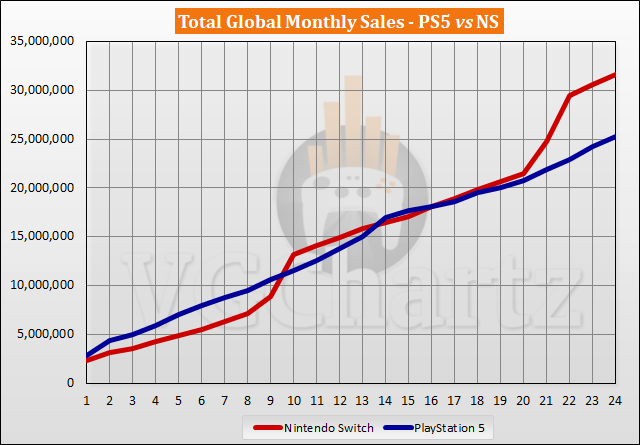 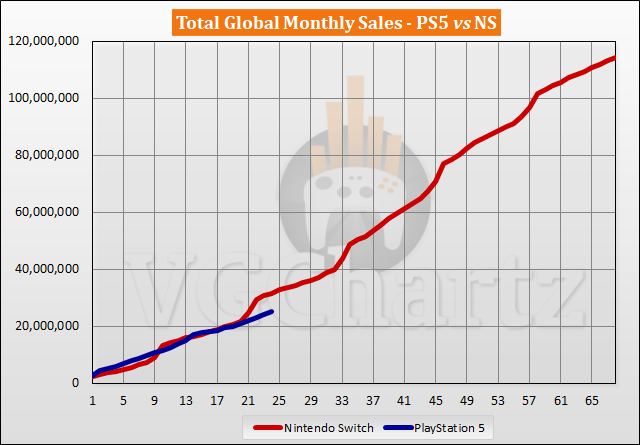 October 2022 is the 24th month the PlayStation 5 has been available for. In the latest month, the gap grew in favor of the PlayStation 5 when compared to the aligned launch of the Nintendo Switch by 109,436 units.

It was just a typo.

Typo fixed! It was hilarious ^^

They were pretty much even those first 20 months but now is when the gap starts. The gap will grow huge the next three years, and will probably continue to grow more slowly for the last couple years after that.

This should be a tight fight but PS5 lost the first round because of the shortages.

Do you think the PS5 wil, have the legs to outsell the Switch?

No, it will sell less than the PS4, the XBOX has taken a significant amount of the market from SONY.

You’re right. Xbox has and still is gaining market share, do you think it will get closer to the PS5 in 2023 considering now the stock problems are not as bad? I also think the Switch can win 2023 despite its age and I expect Nintendo to start form of ‘Nintendo Selects’ and half the price of certain games.