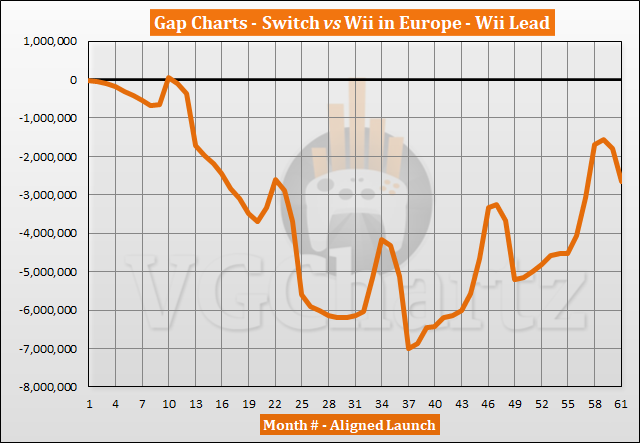 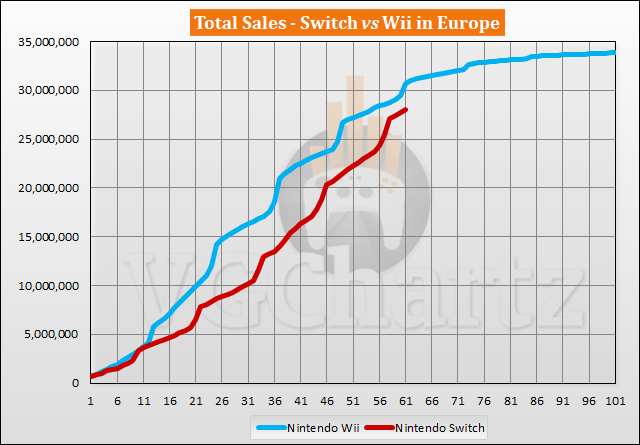 March 2022 is the 61st month that the Nintendo Switch has been available for in Europe. During the latest month, the Wii grew its lead by 851,974 units.

The 61st month for the Nintendo Switch is March 2022 and for the Wii it is December 2011. The Switch has sold 28.08 million units, while the Wii sold 30.72 million units during the same timeframe. The Wii sold current Switch sales in month 56.

The Wii sold 33.88 million units in Europe during its lifetime. The Switch needs to sell another 5.80 million units to outsell the Wii.

"The Switch needs to sell another 65.80 million units to outsell the Wii" - That might be tricky...

Whoooooops. That was a typo. It meant to say 5.80 million.

Europe is Switch's largest untapped market. However, the gains being made are great. Switch should be able to outsell Wii in Europe by years end, I believe. My question is, will it be able to reach the Gameboy?

I was watching Spawn Wave's daily news video and even he uses VGChartz data to show numbers in his videos :)