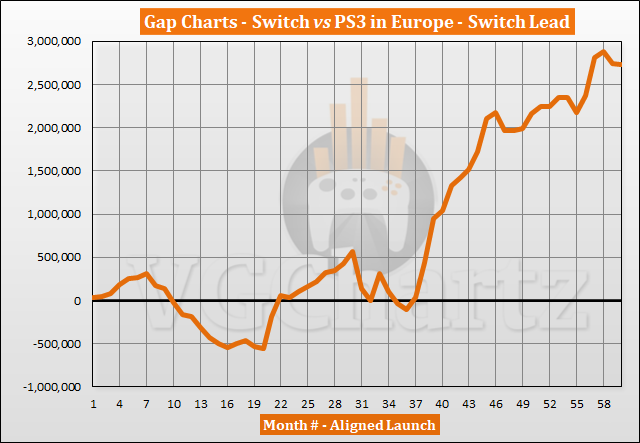 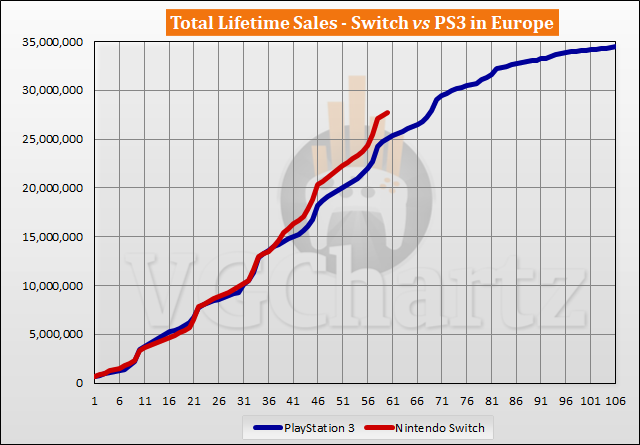 The fact that Switch has a lot of juice left for Europe and it is already leading the PS3 that sold almost 35 millions there is impressive.

The most impressive thing is that Switch sold better than PS3 during PS3's strong second life after the release of PS3 Slim and PS Move.