The launch of Elden Ring was a huge success for FromSoftware in the UK. It had the biggest debut since Call of Duty: Vanguard, according to GSD data reported by GamesIndustry.

Its launch sales were two and a half times higher than Horizon: Forbidden West, which debuted the previous week for the PS5 and PS4.

Elden Ring's first week sales are the biggest for the UK for any game that isn't Call of Duty or FIFA since Red Dead Redemption 2 in October 2018. This means week one sales were bigger than Cyberpunk 2077 and Assassin's Creed Valhalla. 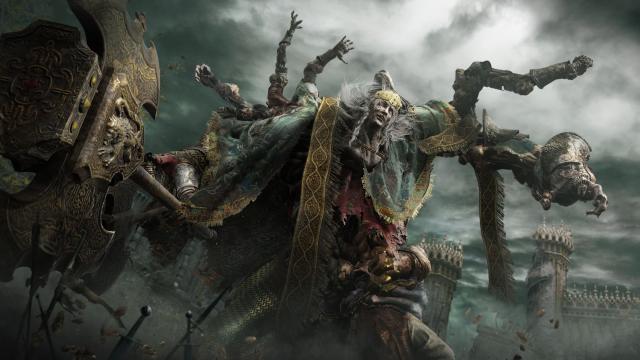 Breaking down Elden Ring sales, 68 percent of the sales were digital, while 32 percent were physical. 85 percent of Xbox sales for the game were digital and for PC it was 73 percent. PS5 and PS4 digital sales were just over half of all sales.

Of the total sales, 32 percent were on the PlayStation 5, 30 percent on PC, 29 percent on Xbox, and nine percent on PS4.

See that developers? When you actually deliver a solid product, even in a niche category, success will follow.

Well earned. I don't think anything will top this game for GOTY.

We shall see! It's definitely going to be a top tier year for potential GOTY releases.

That great thing is no matter who wins GOTY I'm going to be the biggest winner this year with all these amazing releases.

We all will be the winners this year :)

Congrats to From Software! We can no longer say that Souls-game are niche

Goddamn, that's more than I would have expected. Guess the critical reception and general hype did wonders.

Probably the most astounding stat out of that article is that Xbox had a higher digital adoption rate for Elden ring (85% of total sales) than PC (73% of total PC sales were digital).

PC is the enthusiast platform and I’m sure the vast bulk of those were the special collectors edition, but I think it just goes to show just how digified the Xbox platform is now. Digital adoption rates on Xbox globally are probably approaching the ballpark of PC levels for a number of titles

Does PC even have physical copies anymore? I haven't seen a box for a PC game with an actual disc in like......10 years now. And if you do find a physical box, it's just a download code. Maybe that's still a thing in the UK?

Also, Elden Ring is capped at 60fps on PC, so it doesn't matter to an extent to have a super beefy rig unless you install a mod for it.

Some games get special edition physical editions like Elden Ring (although even this is getting more rare), and others will do limited run physical releases in certain markets (Flight Simulator 2020 got a limited physical PC release in the EU), but by and large the platform is entirely digital now for mainline releases.

Most PC players are completely fine with this because they have multiple competing store fronts, PC is permanently backwards compatible, and if all other avenues fail PC has piracy and emulation as a fallback