Switch vs Wii Sales Comparison in the US – September 2021 - Sales 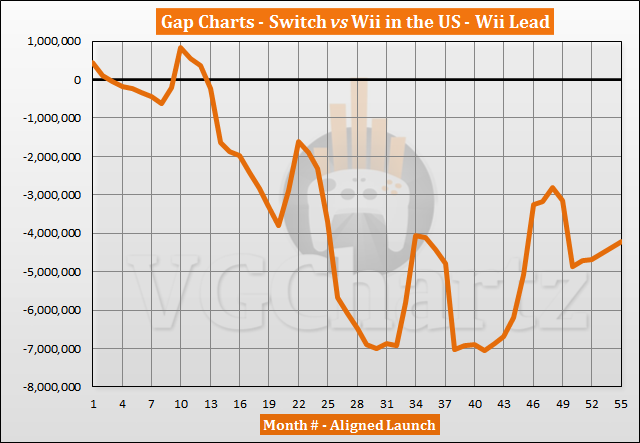 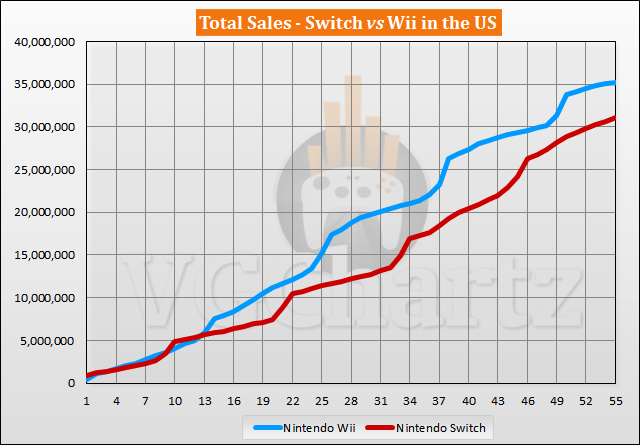 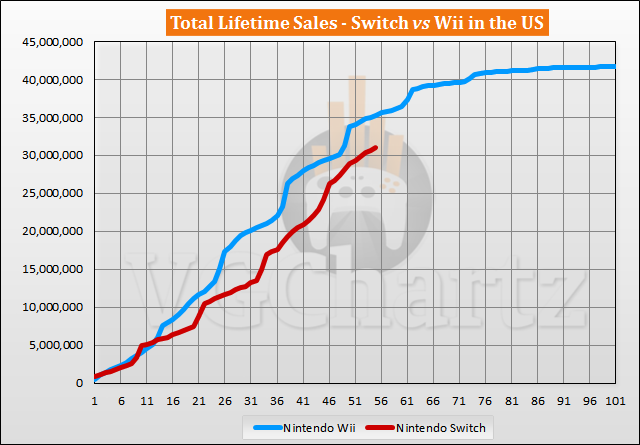 The 55th month for the Nintendo Switch is September 2021 and for the Wii it is May 2011. The Switch has sold 31.04 million units, while the Wii sold 35.25 million units during the same timeframe. The Wii sold current Switch sales in month 49.

The Wii sold 41.70 million units in the US during its lifetime. The Switch needs to sell another 10.66 million units to outsell the Wii.

I predict Switch will end up over 45mil in the US.

I believe switch will win this one out in the end. It might outsell the total lifetime sales of the Wii by January 2023 I think

You guys think Switch will cross the gap over the holidays?

should be close, but just a little shy do to supply shortages.

Doubtful, the gap is too big. But it should be close after the holidays, if Switch manages a good 2022 it will overtake the Wii in the US.