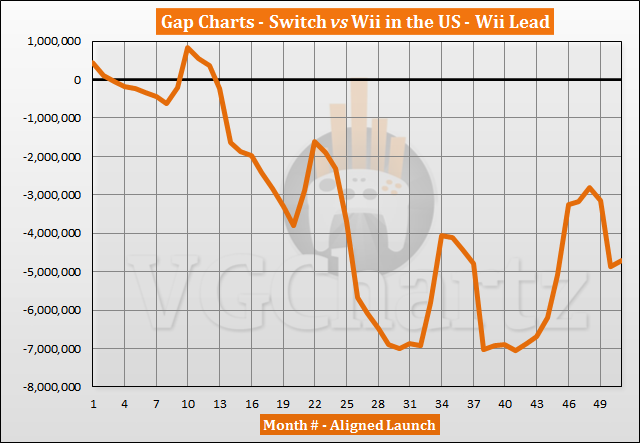 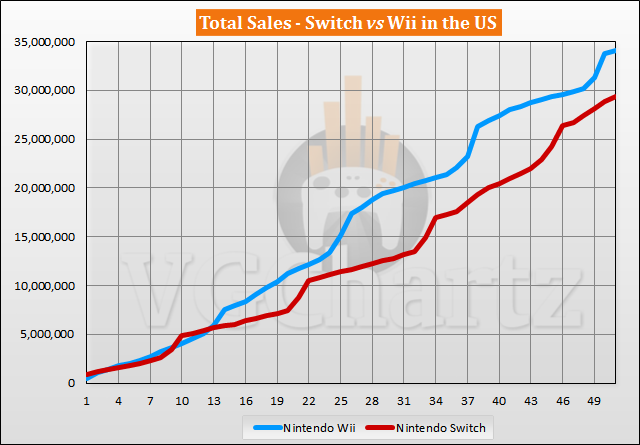 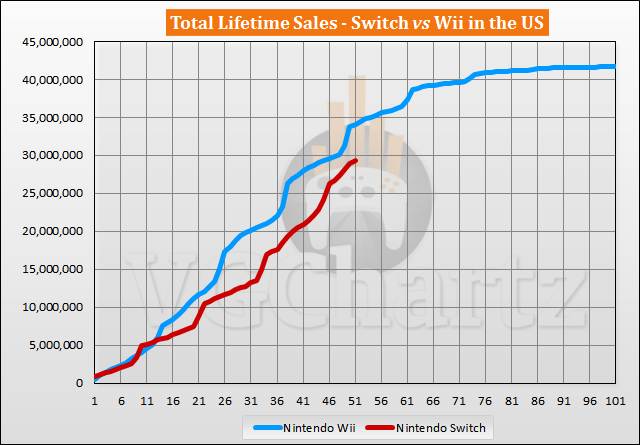 The 51st month for the Nintendo Switch is May 2021 and for the Wii it is January 2011. The Switch has sold 29.37 million units, while the Wii sold 34.09 million units during the same timeframe. The Wii sold current Switch sales in month 44.

The Wii sold 41.70 million units in the US during its lifetime. The Switch needs to sell another 12.33 million units to outsell the Wii.

Wii was really killing it for the first 4 years, despite how ridiculous Switch sales have been the last year-ish, it's still almost 5 mil behind. From here on out the Switch will be catching up quickly though.

Holy smokes Batman! The Wii really took names at the start of that gen! lol I remember it doing so but not to THIS extent. Pretty impressive!