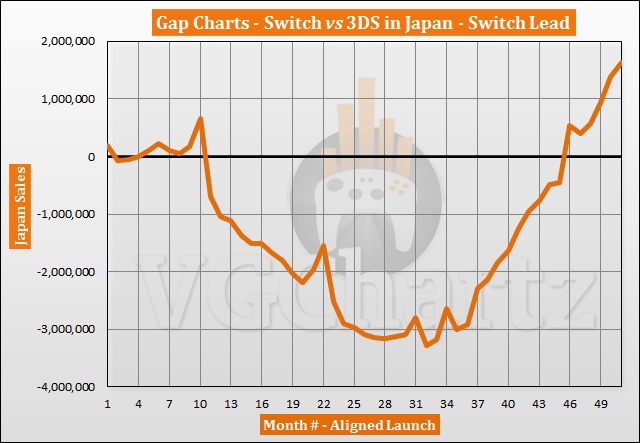 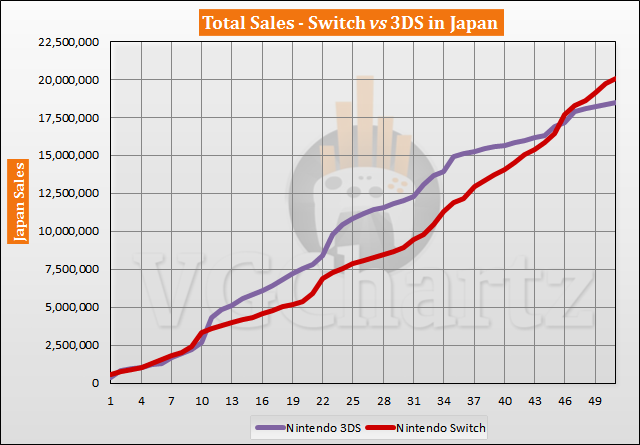 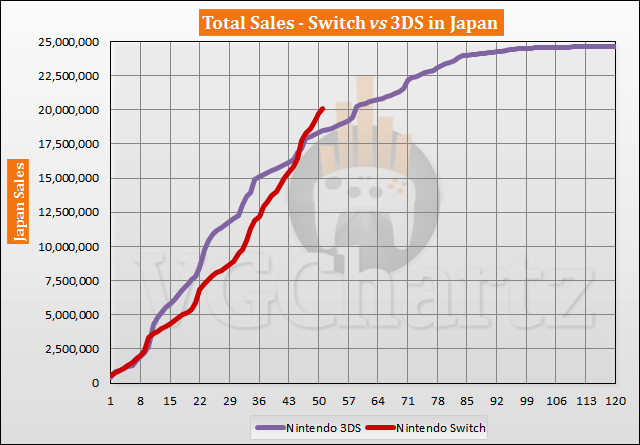 The 3DS has sold 24.65 million units lifetime in Japan through May 2021. The Switch is currently 4.56 million units behind the lifetime sales of the 3DS.

Well, Switch has beaten already the next holidays for 3DS and after that the older system fizzles out. So this fight seems mostly over. But nice to see how quickly 3DS caught fire in Japan and how well it sold early on.

And the switch never looked back