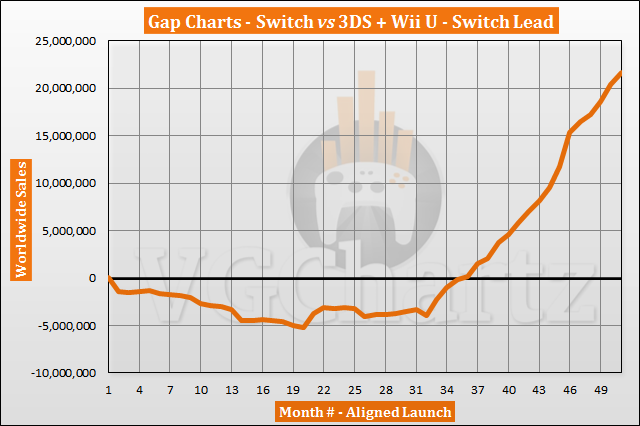 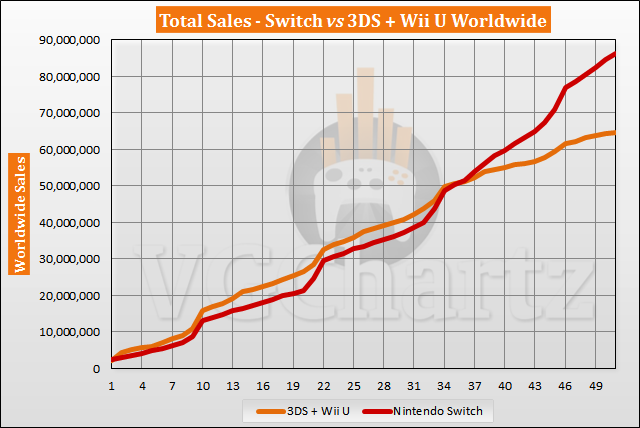 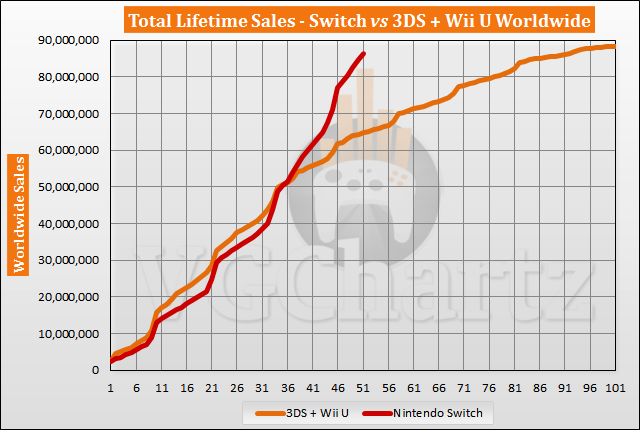 The 3DS and Wii U did not reach current Switch sales until month 93 where the two platforms sold a combined 86.79 million units.

Agreed. Switch will come very close to achieving that in two months and will probably be about a million ahead after three months.

make the comparison DS+Wii vs Switch+SWLite,...
3DS and WiiU are beaten not only by Switch...

This is a losing battle for Switch...

You mean for Wii U+3DS, right? Switch will pass their total sales in a couple months

Uhh I think they were using irony haha