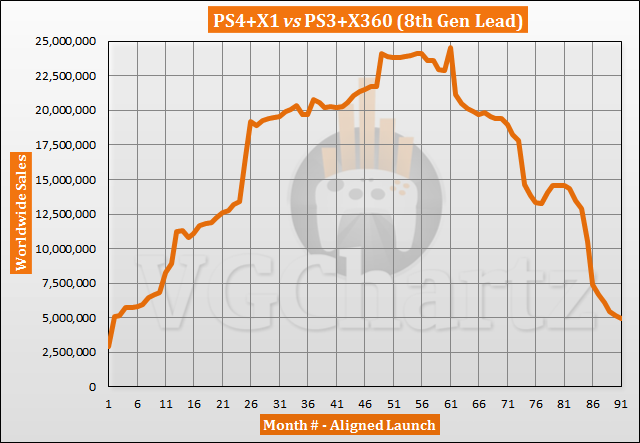 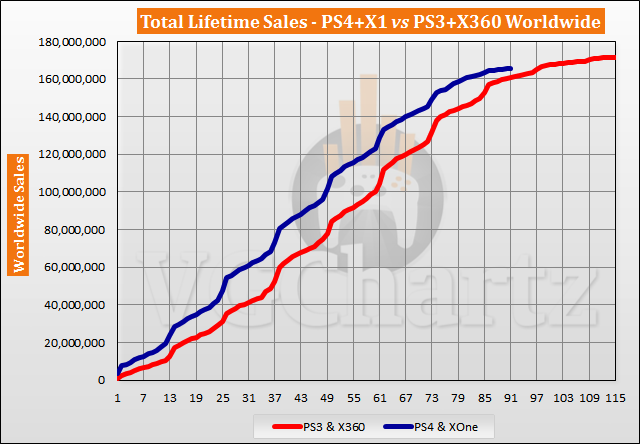 Oof, gen 8 is flat-lining. Not surprised though...I haven't seen a PS4 or XBox One in a store for months now.

There are some big factors to consider here. The global pandemic upended the entire industry. Causing shortages in parts and supplies. While increasing prices across the board. Sony and Microsoft are not going to focus keeping their previous systems alive while costs are going up.

I think everyone who wanted to buy a PS4 or XBO bought one last year and now the demand is pretty low for last gen (together with no price cut and production shifts). Gen 7 also had an unusual strong second half.