Cathedral is a great name for a Metroidvania. It summons something romantic, grand, and bygone — something with treasures and secrets worth exploring. Indeed, this game, the first from Swedish studio Decemberborn Interactive, is exactly that. It's expansive and mysterious and overflowing with things to discover and collect. It's overall a fine entry in the sub-genre, one with lots of content, challenging gameplay, and a huge non-linear world that rewards courageous exploration. Only some difficulty spikes and a couple of overlong dungeons keep it from greatness.

The game opens in the titular cathedral, where a nameless mute knight in red armor awakens mysteriously. Our hero is soon joined by a peculiar ghostly creature named Soul. Together they explore the kingdom for several gems that will unlock a large barricaded door at the center of the cathedral. Overall the story in Cathedral is okay, but feels a little underdeveloped and undersold. In fact, it's easy to lose track of the narrative altogether while you roam the countryside looking for MacGuffins. Only at the end, with the help of a plot twist, does the story reassert itself. Who knows; maybe Decemberborn is saving some good stuff for a potential sequel. The post-credits scene certainly hints at one. 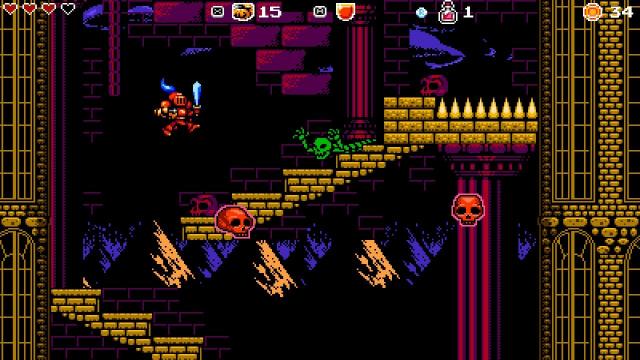 While Cathedral is missing some narrative tissue, it wants for nothing when it comes to content. This is a huge game by Metroidvania standards, with a dozen discrete regions, five main dungeons, multiple side quests, several towns, and lots and lots of secrets. It should take between 20 and 30 hours to beat the game depending on how much extracurricular exploration you wish to pursue. At $15, Cathedral is a steal.

That said, the game can feel a bit overlong, especially toward the end. A few things contribute to this: a heavy emphasis on backtracking, a time-consuming process despite the inclusion of multiple helpful warp gates; long-lasting battles with damage-sponge bosses; and a couple of drawn-out dungeons. The final dungeon is particularly guilty on this front. After you've explored the entire castle and defeated five guardians to complete a collection of keys, it's on to a gauntlet with remixed locales and enemies from earlier in the game. Only then can you face the final boss, who has not one, not two, but three different forms. It's an epic ending, for sure, but it's also exhausting. 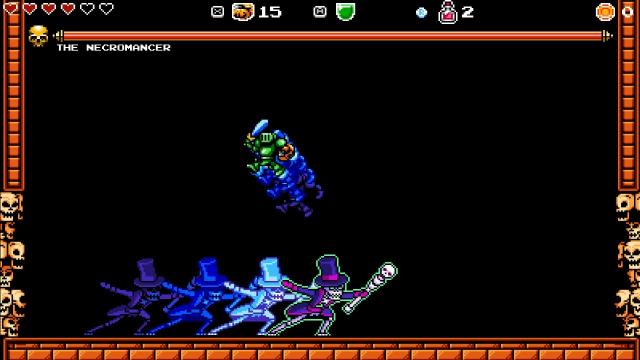 Still, the final dungeon is a relatively small part of the equation. For the most part, everything works. Combat is straightforward but enjoyable, thanks to a handy downward strike that brings to mind DuckTales or, more recently, Shovel Knight. Platforming is efficient as well, due to some tight controls and special moves like double jump and dash. By far the most satisfying element of Cathedral, though, is exploration. The game shines brightest when the heroic knight is moving through uncharted territory looking for treasure, armor upgrades, or even just an exit.

Two things make this process particularly stimulating, apart from the simple vastness of the world. The first is the fact that Decemberborn refuses to hold its players' hands. Sure, there are a few sign posts and directions, but for the most part the game allows you to forge your own path and discover things in the "wrong" order. The second is a very real, very tangible penalty for venturing too far from safety and dying. Each time you perish you forfeit 10% of your gold, and it's gone forever.

Dying is part of the equation in Cathedral, no matter what you do. This is an intense and demanding game where a thoughtless gesture or misstep can translate easily into an untimely death. For the most part, the title walks a line between challenging and frustrating, but it does stumble over a handful of difficulty spikes. These include a few platforming sections with heat-seeking flying enemies, a couple of "gotcha" traps, and the aforementioned damage-sponge boss battles. 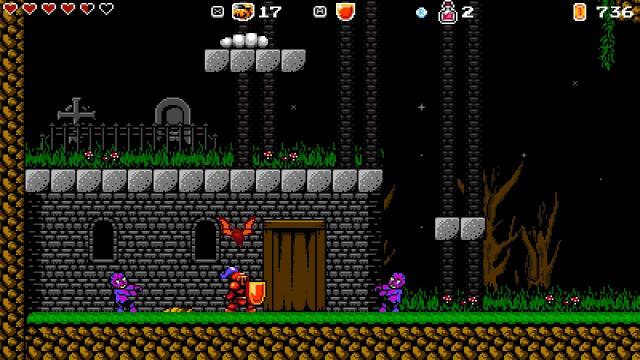 To accompany its old-school gameplay and difficulty, Cathedral enjoys some nostalgic 8-bit graphics and sprites. They're not quite as charming as other recent NES-inspired titles, but they get the job done. Music fares better. The genre-mashing chiptune soundtrack by Aron Kramer is solid, with several dynamic tracks. Some of the best include "An Unfamiliar Place", "Shade Forest", and "Sunken Palace".

Cathedral delivers on the promise of its name. It's mysterious, immense, and filled with treasures and secrets of the past. It's also a satisfying entry in the Metroidvania sub-genre, with challenging gameplay, rewarding exploration, and a huge amount of content. Sometimes, due to overlong dungeons or unduly difficult encounters, it can be too much of a good thing, but more often than not it hits the mark.

This review is based on a digital copy of Cathedral for the NS, provided by the publisher.