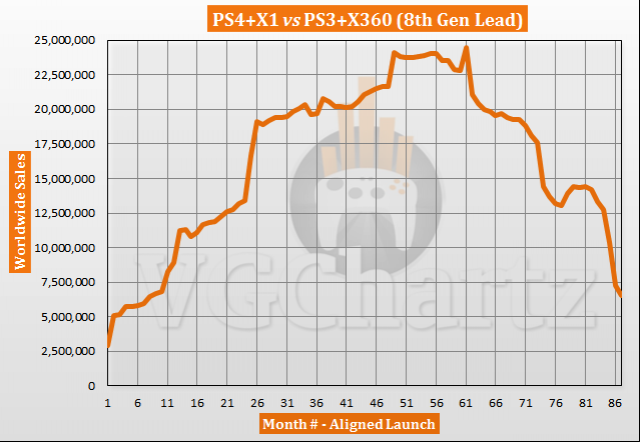 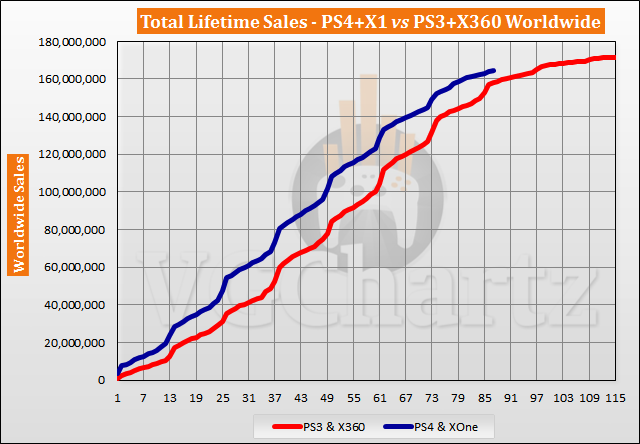 Once it looked like PS4/XBO would take this home easily, but now it really got into toss-up territory.

It did have a shorter lifespan, but within its lifespan it sold more, that's a succes in my book. The PS360 had a longer lifespan (much longer in case of the 360). So the market pretty much stayed the same. But it has not really grown since the 6th gen. Considering Nintendo pretty much does its own thing and doesn't really impact the sales of the twins.

Almost no holiday boost to see of PS4/XBO. I can't image PS4/XBO will make another 10M until end of life.