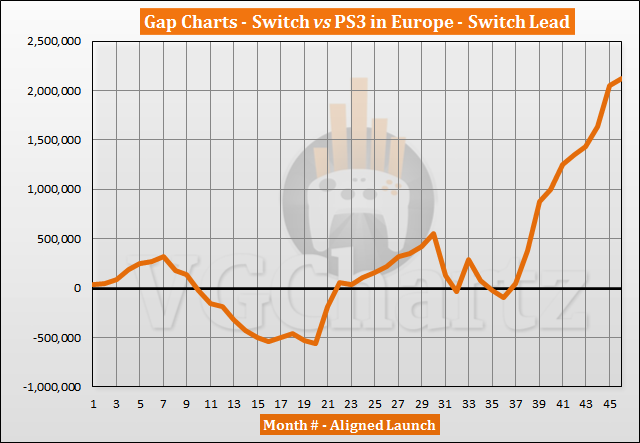 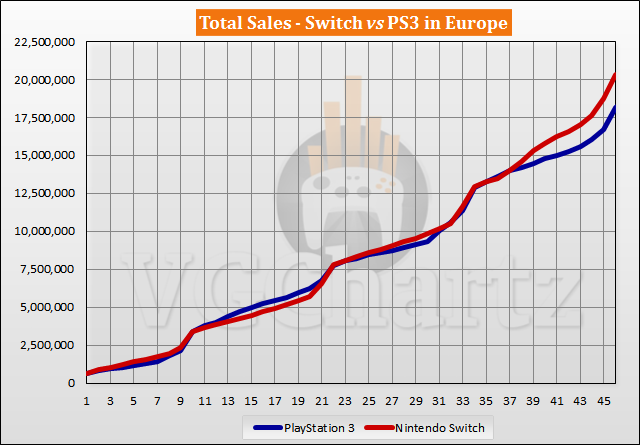 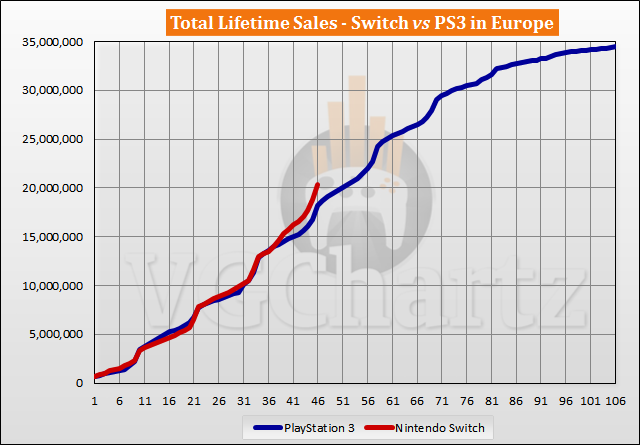 While the PS3 had strong legs I feel pretty confident the Switch will come out on top. It outsold it by 2 mil last year and I expect this year to be nearly as strong.

I think the Switch can sell 40 million units in Europe.

Yeah. Minimum 35 million. I can't see it selling less than 15 million in the next 3 years.

Yea, and i think it will do particularly well once it gets a price cut.

Switch is gonna left PS3 miserable even in Europian countries