Hyrule Warriors: Age of Calamity Debuts in 1st on the French Charts - Sales

Hyrule Warriors: Age of Calamity (NS) debuted in first place to top the French charts in week 47, 2020, according to SELL. 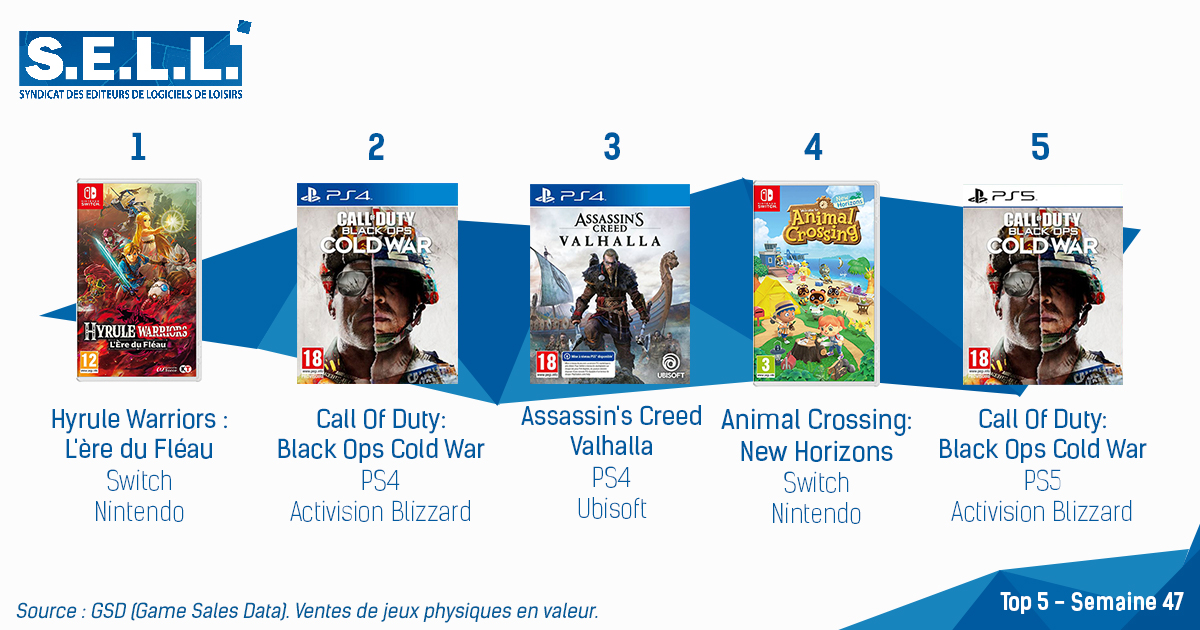 Dethroning Viking's Creed and Cold Ops in their week 2 is not to shabby. But France is of course Nintendo's European embassy saleswise.