Microsoft with the Xbox One quickly after its launch stopped reporting on how well the console was selling, which was likely due to how it was underperforming expectations and getting outsold by the PlayStation 4.

Head of Xbox Phil Spencer in an interview with The Guardian says they won't be reporting on Xbox Series X and S sales even if the console outsells the PlayStation 5. This is because it isn't a key metric for success, according to Spencer.

"I can promise you that I won’t do that," said Spencer. "I know it seems manipulative and I’ll apologize for that, but I don’t want my team’s focus on [console sales]. The primary outcome of all the work that we do is how many players we see, and how often they play. That is what drives Xbox.

"If I start to highlight something else, both publicly and internally, it changes our focus. Things that lack backwards compatibility become less interesting. Putting our games on PC becomes a reason that somebody doesn’t have to go and buy an Xbox Series X.

"I’ll hold fast to this. We publicly disclose player numbers. That’s the thing I want us to be driven by, not how many individual pieces of plastic did we sell." 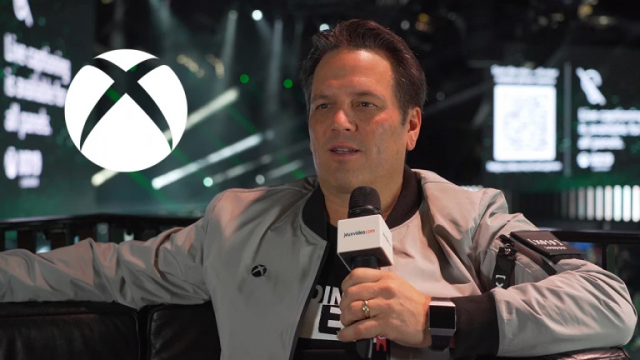 "I think the people who want to pit us against Sony based on who sold the most consoles lose the context of what gaming is about today," he added. "There are three billion people who play games on the planet today, but maybe [only] 200 million households that have a video game console. In a way, the console space is becoming a smaller and smaller percentage of the overall gaming pie."

I guess it's a decently smart move by Microsoft. Sometimes people get too caught up in sales numbers and forget that the main bottom line is profit. However, it's obvious Microsoft would be proud to show Series X sales numbers if they were better than PS5, but they likely won't. Plus Microsoft wants to make it clear they don't want to beat Sony, and doing this helps exemplify that message. However, I'd still personally would've liked to see sales numbers.

Problem is MS doesn't show the profits regarding Xbox, it is a whole department with a lot of caveats. They don't even show the number of Gold subs anymore, just total XBL accounts. You have 0 transparency over anything sales or profit related to Xbox.

The keywords here is he won't do that but we all know that Greenberg will if given the chance!

I think people are being too hard on the guy. Obviously this is spin, but that's kind of what being an executive is about. It's not his job to give a brutally honest assessment, it's his job to be a cheerleader.

Sure is true, that is why when the defense force for his spin saying it isn't a spin becomes silly.

Something iv been saying since last gen.

Sales come in all shapes and forms. They are clarifying to those wondering why they dont give out figures.

MS is trying to play the long game here by casting a wide net with PC, Xcloud, and Gamepass. The problem is that according to Greenburg Gamepass isn't profitable. You need to reach critical mass with enough Gamepass subscribers that the monthly funds from Gamepass can easily fully fund every game that comes to it and then some. That would likely look like over 45 to 150 million active subscribers paying the full $10 a month. But getting that many subscribers takes time. In the meantime Gamepass loses money on $1 trials, and Xbox loses money by selling fewer consoles. Not releasing console sales numbers is just an attempt to cover up their loss leader strategy. I'd like Phil a lot better if he just admitted that. Instead he has to be the partisan fanboy cheerleader for Xbox 24/7, all the while disingenuously pretending to care for gamers.

He is the most console warrior of the know figure head of the 3 companies, but for some reason xbox fans give him an aura of good guy anti-console war. He seems like some users =p

I think he is afraid

I doubt Series X and S would outsell the PS5 anyways. But Phil Spencer is a flip flopper so I take this with a grain of salt.

You can be sure that if Xbox outsold PS on launch, they would comment in some form. We have like 3 reports a day on something Phil said here in VGC.

This was before or after celebrating that Series is the fastest selling Xbox, by beating the 24h sales of X1? We all know that is just preemptive talk so when he doesn't disclose numbers he doesn't get asked if that is because it was bellow PS5. Also in another interview he is talking on how the presales of Xbox were great and having halo wouldn't change that... he needs to decide himself.

Phil Spencer didn't release specific numbers about the Xbox Series X and S launch, just that it was bigger than Xbox One. While I don't expect any thing specific like "the console as sold over X million" if it continues to sell well I see some vague statements. Either way we here at VGChartz will report our sales estimates for it.

It's not a direct contradiction but it's definitely weird.

If I talk today about how it doesn't matter how much money is in my bank account, all that matters it the happiness of my family and our security, that's what truly matters, you're missing the point if you think otherwise.

It means a bit less if I've just bragged about hitting my highest ever salary bonus and how good it feels.

He didn't specify, because he knows it will be compared when Sony releases their, if the consoles sales really didn't matter there wouldn't really be a need for he to even say it is selling better than X1. He would just say what he have been saying on X1 that they are happy with the engagement, MAU, etc. X1 we got numbers and that it was doing better than X360, then after the near 10M shipped we started only getting that it was ahead of X360, sales outside holiday doesn't mater and one or two mentions to NPD win, but never numbers again. This follow similar fashion.

Sure, and further look at how they have focused on things from perspective of selling more units. Despite claiming he doesn't want staff focused on it. Adjusting prices like in Japan, well if the # of units moved doesn't matter to you, why are you wasting staff on calibrating and tweaking the price to sell more? They directly stated how they expect the low price point S to be crucial in long term to increasing console volume. Directly contradicting this latest claim. It just inescapably is a relevant figure even if "services" is their primary goal, becausee it defines the potential market for those... just as the total size of PC gaming market defines the potential market for them on PC side.

@Don, iv mentioned this many times with you on this site for years. Sale figures isnt their buisness model. Winning or losing in sales wont change that. Series X is the fastest selling Xbox in history, no figures were given, exactly what iv been saying.

Sure... sales figure doesn't matter, but let's say they are high? If the don't matter then there is absolutely no need to even talk about them right?

Suuuuure Jan. Bet he does (anyways) if it has a month were it does outsell the PS5 :)

He's full of bullshit! Since the talk about Xbox Series X/S started (and even before) he talks about how important it is how many players they have in their ecosystem and how often and how long they play. This is all good and nice but Phil can't ignore two important questions: