The Last of Us Part II (PS4) has remained in first place for another week on the French charts in week 26, 2020, according to SELL. 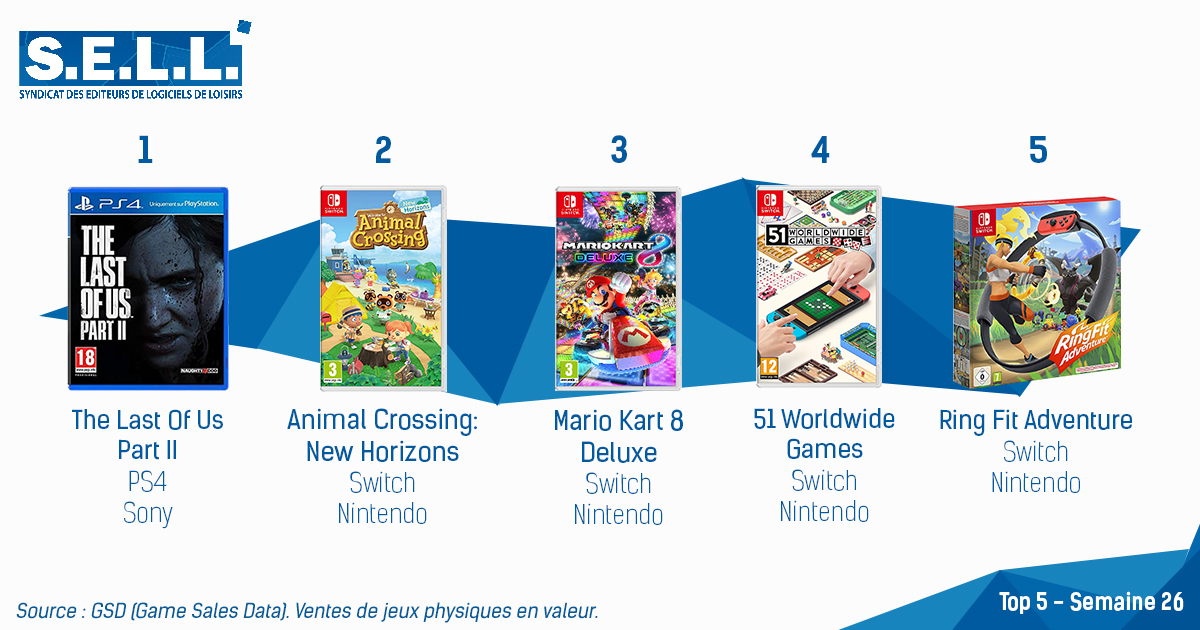 It was because of the good word of mouth ;)