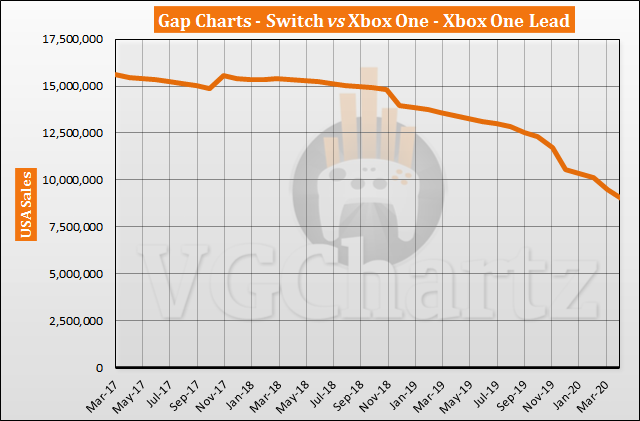 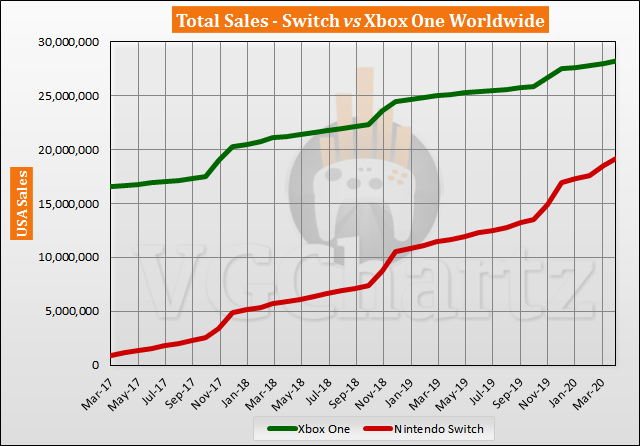 If you were to align the launches of the two consoles in the US the Switch would be ahead by 3.33 million units, as the Xbox One had sold 15.92 million units through 39 months.

Nice with a new chart. While Switch's victory feels all but guaranteed here, it'll be interesting to see how long it takes it to get there.

I should have done this once the Switch passed the Xbox One worldwide. But ah well. I was looking at new possible charts and this one stuck out.

One of the chart's title is wrong.

Launch aligned we already have a Switch lead of 10M units.

Should overtake Xbox One in the USA around Christmas 2021.

Yay, a new chart! Please keep doing this one, it's interesting to see how long this gap will take to close.

He does many, many charts. This is just one of the comparisons to watch. And for those of us here at VGC who like looking at charts and comparisons, it's always interesting.