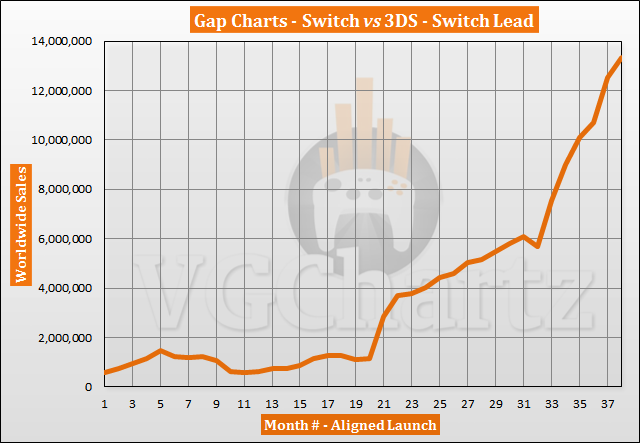 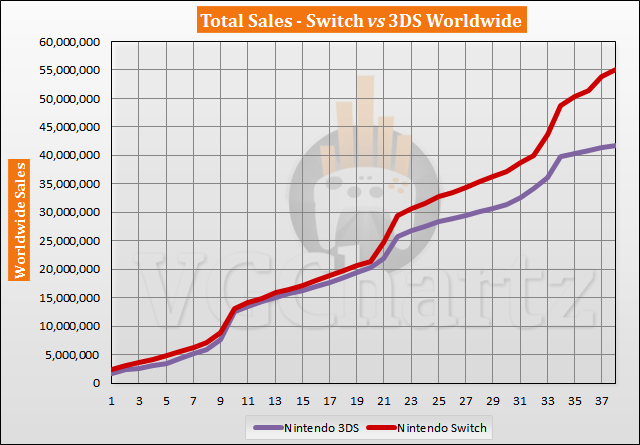 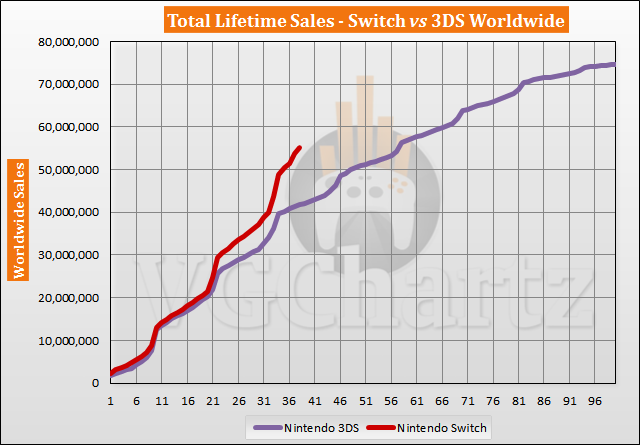 Can't wait for the PS4 vs Switch gap chart, Im loving the new line graph that shows the entire continuation of a console's sales throughout it's life

Okay that's crazy how the Switch just keep going like this. The 3DS still reached 75 millions so Switch leading it with almost 14 millions is incredible. The fact Nintendo also said they want Switch to have a very long life cycle will push it far beyond the 3DS.

Even if Switch maintains the exact same lead it will sell 90 million lifetime. With it continuing to outsell 3DS when you align the sales, shows why so many people think the worst it will sell is 100 million.

Yea at this point I'm entirely sure the Switch will surpass 100M, no way it falls anywhere short of 100M.

With this trajectory the Switch outsells the lifetime sales of the 3DS at month 55 latest. But with the holiday boost it might happen as early as month 46 or shortly thereafter.