Mario Kart 8 Deluxe (NS) has remained in first on the French charts in week 9, 2020, according to SELL. Luigi's Mansion 3 is up one place to second and New Super Mario Bros. U Deluxe re-enters the top five in third place. 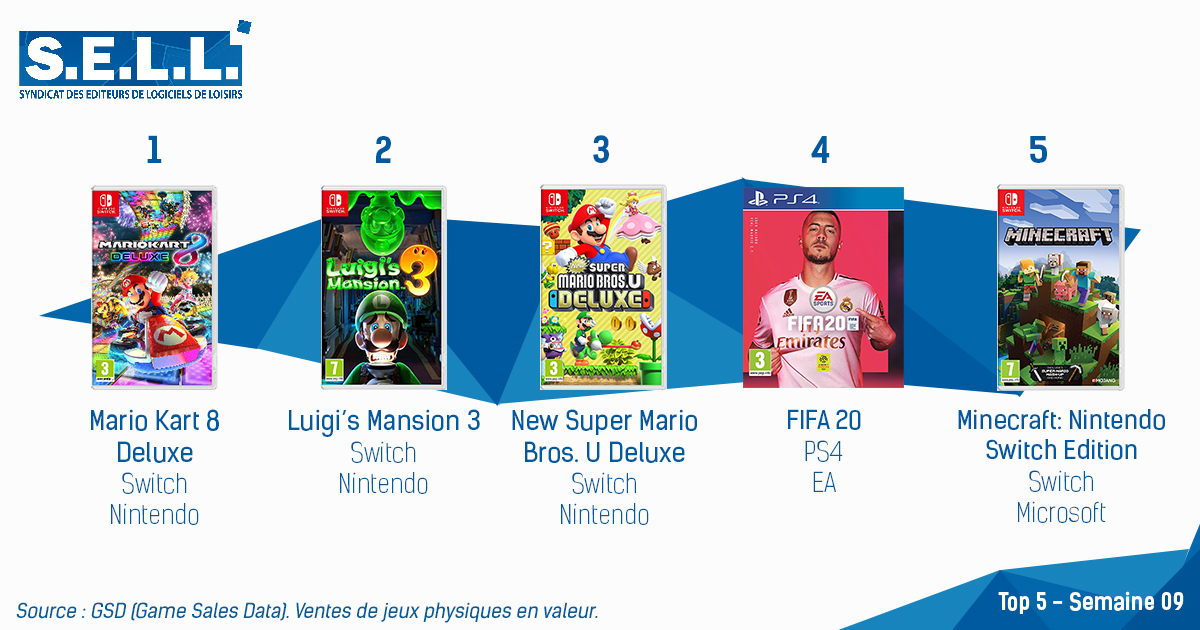