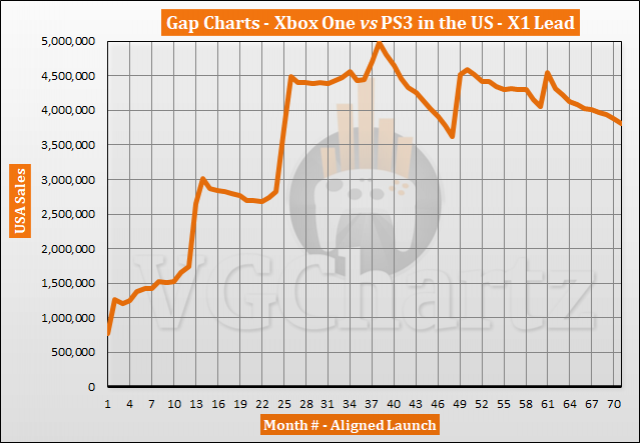 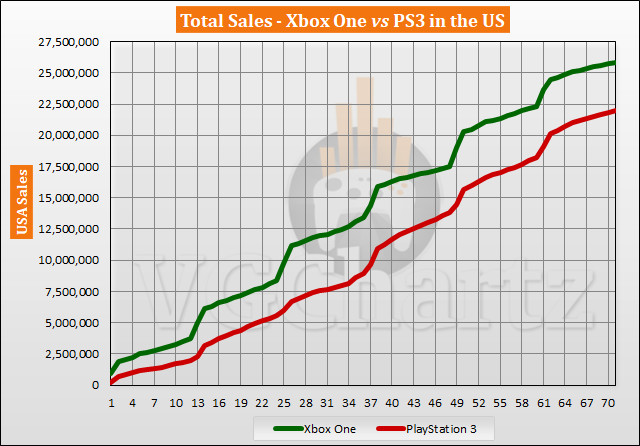 In September 2019 the gap in the US between the Xbox One and PlayStation 3 grew in favor of the PS3 when you align launches. The PS3 sold 78,193 more units than the Xbox One in the last month and by 341,435 units in the last 12 months.  The Xbox One currently leads by 3.81 million units.

Interesting comparison. So it's pretty much guaranteed at this point that Xbone will outsell PS3 lifetime in the US then.

Thank you for the chart. So the gap is closing but probably the Xb1 will be on top in the end but by little. From now on PS3 makes 5M in US and XB1 will have trouble doing 5M worldwide even until the end of its lifetime. So it's close battle

Just the slower pace that XB1 sells this year and even slower pace that will sell next year puts the things into consideration. But I think probably XB1 will win here but will be by a very very small margin. probably 0.5M or something like this

Man, that's quite the low bar to clear...