by Patrick Day-Childs, posted May 31st

by Craig Snow, posted May 28th

Last month we took a listen at some of the NES's best music to celebrate the console on the 25th anniversary of its discontinuation, and this month we'll cover another classic console's musical offerings on the anniversary of its release. 20 years ago this month (in North America) Sega released their last ever console, the Dreamcast, to near universal praise and acclaim. The Dreamcast was a console ahead of its time, and pioneered things like online play, in-game voice chat, and even the implementation of second screen technology in the console space.

However, the console's life was also tragically short, as it was ultimately discontinued less than two years after its western release. Regardless, the Dreamcast left behind an undeniable legacy that has influenced many of the systems that have come after it. In addition, it housed some of the generation's best, most creative, and often just downright bizarre new games. Let's check out some of those here today. 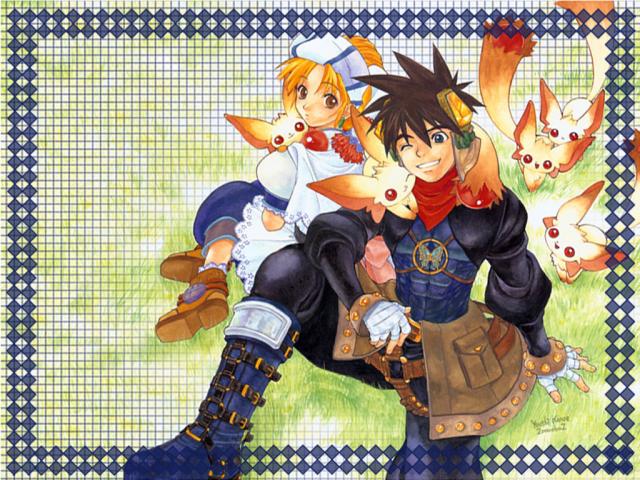 Among the many exceptional, and at the same time criminally unheralded composers is Noriyki Iwadare, a veteran of nearly 30 years in the business. In that time he has composed music for over 60 different titles, from beloved franchises like Kid Icarus and Ace Attorney, to cult favourites like Lunar and Langrisser. Yet, his best work might very well be the music he composed for the four Grandia games between 1997 and 2006.

Iwadare's music often has a certain hopeful and positive quality to it. Even at their darkest his compositions usually have at least a subtle undercurrent of optimism to them, and his music in Grandia II is a prime example of this particular habit of his. Naturally, the game features many slower, somber tunes as well, but even they usually tend to contain at least some small element positivity.

”Arcade perfect” is one of those terms that has almost entirely disappeared from the gaming lexicon since the days of the Dreamcast. It was once used to describe arcade-to-console conversions that came as close as possible to replicating the actual arcade version of the game on consoles. Very few of these console versions could ever make the claim to have equalled or even surpassed the arcade original, but standing tall among the select few is Soul Calibur on Sega Dreamcast.

The port featured new game modes, a new character, more costumes, slightly tweaked gameplay, and most impressive of all, improved graphics compared to the arcade version. The game's orchestral music was also excellent and highly varied, composed in large part by Junichi Nakatsuru with a small team of composers helping him. The songs capture each character's essence wonderfully, and some of the themes have gone on to appear in other games in the series as well.

There is perhaps no other game in the entire Dreamcast library that better symbolizes the console's entire existence than Shenmue. Both were highly anticipated and ambitious products with massive hype and huge budgets behind them. Both also broke new ground in their respective areas and released to critical acclaim, just to end up as massive commercial disappointments for Sega, leading to the company's exit from the video game console market. It doesn't get much more apt than that.

Of course, the entire game is steeped in Japanese culture, from the story to the locations, and naturally the music is no exception. Making use of a mix of traditional Japanese and modern instruments, the score captures the slow-paced, introspective tone of the game's world and story wonderfully, and matches the quality and ambition of the whole project without question.

(from Skies of Arcadia)

The Dreamcast wasn't necessarily known for having a large number of great JRPGs in its library, but that didn't mean there weren't at least some notable examples of the genre to be found on the console. The one that people tend to remember most fondly is Skies of Arcadia. Developed by one of Sega's in-house studios, they set out to develop a simple and cheerful game that would set itself apart from other games in a genre that often focused on dark themes.

The music in Skies of Arcadia very clearly reflects this desire to create a sense of adventure and optimism in the game. From the very first note of the opening theme it's immediately apparent what kind of atmosphere and tone Skies of Arcadia is aiming for, and while there are certainly some darker themes in the game as well, the feeling of hope and optimism permeates the entire experience.

Crank the Heat Up!

Sonic The Hedgehog doesn't exactly have the best track record when it comes to 3D entries. For every decent release that Sega manages to put out there seem to be at least two complete misfires that further damage the series' reputation. However, in the beginning of the 3D transition, with the release of Sonic Adventure, there was actually a lot of promise for Sonic's 3D escapades. Whether you think the game holds up today or not, at the time it was a huge commercial and critical success for Sega.

Naturally, Sonic games have pretty much always had great music, even when they haven't otherwise necessarily been all that great as actual games. Sonic Adventure was something of a departure from the music of the earlier entries in the series, ditching the electropop style in favour of a more rock oriented one, a sound that has stayed with the series ever since then in one form or another.

Evila: Attack of the Perfect Reporter

Besides playing host to a number of high profile big budget releases, the Dreamcast was also a place of unrestricted experimentation and innovation. Over its short life span the console housed a number of unusual, quirky, or just plain bizarre titles, and one of the more popular of those was Space Channel 5, Sega's rather eclectic take on a music game.

Of course, in a game like this the most important aspect is the music itself, and Space Channel 5 more than delivers on that front. Mixing together elements of modern (at the time) pop, hip hop, and especially big band jazz, alongside various other styles of music, the game features one of the catchiest soundtracks of the entire console generation, and possibly ever.

The Palace of the Insane

Up until the early 2000s the Resident Evil series had been almost synonymous with the original PlayStation, as the first three games in the series had all debuted on Sony's system, with other platforms following some time later. The game that eventually broke that mold was Resident Evil – Code: Veronica on the Dreamcast, which despite lacking a number on the title was a direct sequel to the PS1 trilogy.

The game's music was mostly composed by Takeshi Miura, a relatively unknown composer who had no previous experience in creating music for video games. Regardless, he did an excellent job in creating music that fit into the style and tone of the series overall. The entire soundtrack has a dark and oppressive sound that is truly fitting for a horror game like Code Veronica.

Cry, for 'IDOLA' the Holy

The Dreamcast has a reputation as a pioneering online capable console and much of that is due to exactly one game – Phantasy Star Online. The first four games in the series had been traditional single player RPGs, but after the release of Phantasy Star IV in 1993 the series effectively disappeared for an entire console generation. Once it finally resurfaced in 2000 as Phantasy Star Online it had very little in common with the earlier games outside of its name and some shared themes and elements.

Musically the soundtrack for Phantasy Star Online is quite varied, with each of the game's locations having their own sound and style that instantly sets them apart just from the way they sound. The score was composed by Hideaki Kobayashi and Fumie Kumatani, two composers who have since worked on series like Sonic The Hedgehog, Onimusha, and later Phantasy Star games. Yet, Phantasy Star Online still features some of their best work.

There are games where a certain style is at the center of every decision made during its development, and few titles embody that ideal better than Sega's Jet Set Radio. There are few titles that are as intrinsically connected to specific cultural phenomena and locations as this one, from the underground youth culture of the time to places like Shibuya in Tokyo, all of which contributed to the game's visual look and story.

Just as important was the game's soundtrack, which combined genres like J-pop, hip hop, funk, rock, acid jazz, and probably a few dozen others as well. A number of different people worked on the score, most notably Hideki Naganuma, who composed the majority of the tracks, including the one linked above. 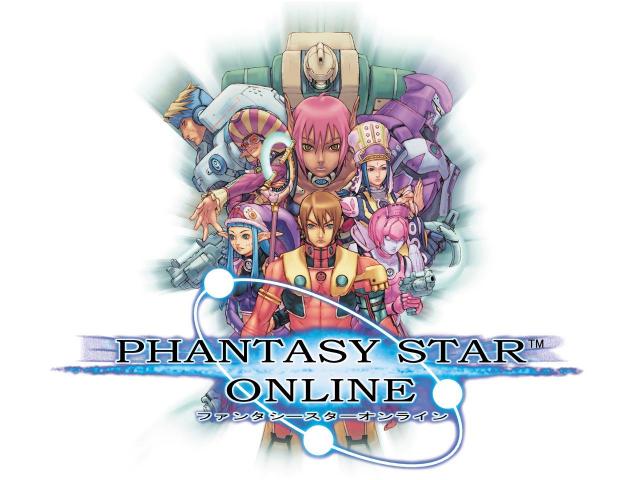 What is Your All-time Favourite Dreamcast Soundtrack?

I'm partial to the score of Phantasy Star Online, a game that I have quite literally spent hundreds of hours playing with my friends, although that was on the GameCube rather than the Dreamcast. Still, I have a lot of nostalgia for the game, and the music brings up many great memories of slaying monsters and looking for rare weapons. A runner-up would probably be Soul Calibur.

PSO was my favorite game in Dreamcast, so is my choice. I recomend to listen Giga wing 2 Ost.
Sorry for my bad english. 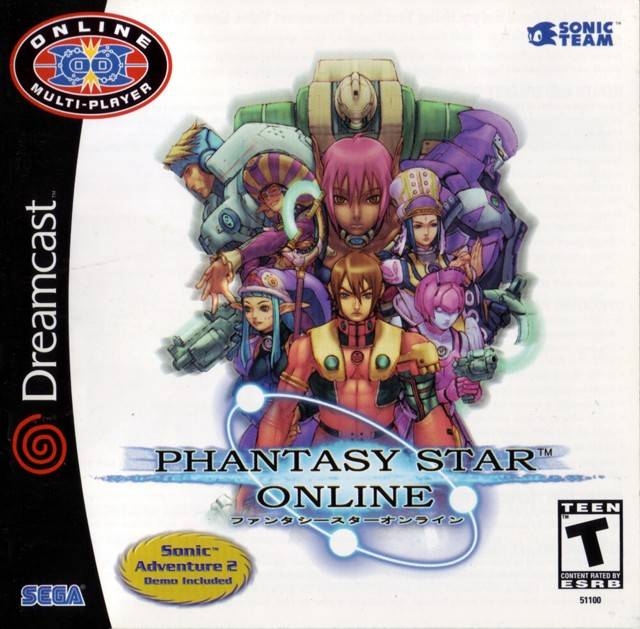