VGChartz is looking to branch outside of video games and report on charts - and perhaps even news – related to the Movie and TV industry. Reporting on the weekend Box Office figures is our first example of this and maintains the ‘Chartz’ theme.

The writing staff would like to know if this is something the community would like to see become a regular feature of the website. Please leave a comment and let us know what you think to this idea.

It: Chapter Two debuted at the top of the Domestic Weekend Box Office charts earning $91.06 million, according to Box Office Mojo for the weekend ending September 8. 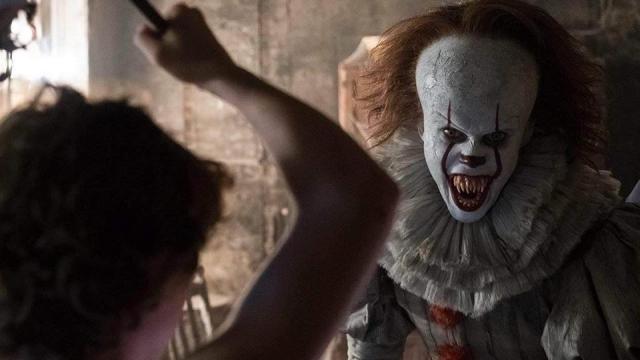 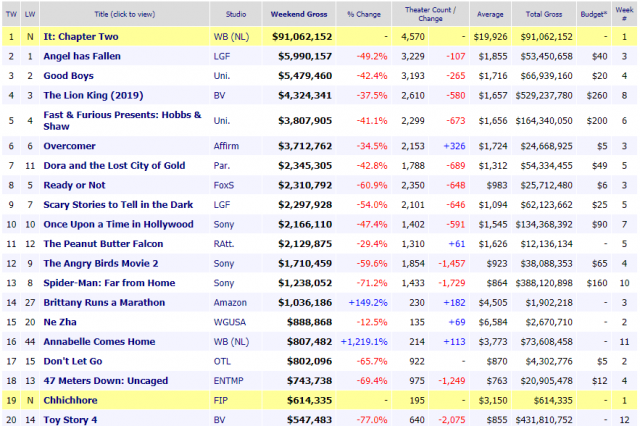 I'm totally for this, although as I said in the thread some sort of rebranding may be in order, but it's worked for IGN so why not us too lol... I think as long as we keep the whole VG of VGC in the spotlight and things like this come second, it shouldn't be a problem... might even bring new traffic too, lol

Video games will always be the focus of the site even if we posted more Box Office charts (and possibly some news on the more geekier movies and TV shows).

I didn't even know IT Chapter 2 was out yet. So thanks! Also, expanding the site like this is a welcome change. :D

I'd rather have US weekly software charts back.

Not feeling this. VGchartz is already having issues with disinterest in videogames as it is. Lets not make it worse.

I like to see movie box office numbers as much as game numbers so I'm all in.

I'm all for it. I see some are not. Would there be a way for those not interested to remove it from the foreground for them - like has been done with political threads?

That’s good for a horror movie.

Anyway as interesting as this is, I don’t really see the value in copying a chart from Boxofficemojo every once in a while. A site with lengthy articles and predictions that’s very good at what they do. Bluntly said, if I want to know I can go there.

If the VG content is as good as it is, welcome movies charts!!

Surprising at first...but then again I created that thread to see if Avengers Endgame can overthrow Avatar. And there's many of us that likes to discuss about movies/shows/music etc...so im 100% all for this!....But can this site still be called VGChartz when its going to be about more than just video games?? :P

I'm for giving it a good try. To commerrate the change, I'd like to change my name to Tim Apple, Tim + Apple, or Tim + Apple To Save Time & Words.

What other charts are you considering reporting on?

We are sticking with just this one for now, but if it is successful enough we would start posting more Box Office charts. Ie. worldwide, UK, China.

Thank you for the comment. This article is a test to see what the community thinks on us branching out to more to Movies and TV shows. Video games will always be the main focus of the site.

I'm all for trying out new things, it's good to get lots of users opinions on this :)

The writing team had a chat about how we can bring in more people to the site and this is one of the ideas we came up with. Starting with just Box Office charts isn't a huge shift and still fits in with the "Chartz" in the name of the site. If we report on movie and TV show news it would be focused on the geekier side of things like Marvel, DC, Star Wars, etc.

Like I said in the thread, I'm not sure how that's going to bring people to the site, box office figures are already easily accessible.

As somebody who regularly visits boxofficemojo and vgchartz for more than a decade now, I can say, I do not think this is a top idea. VGC was good at what it was doing, and I personally am not interested in this out-branching. I will continue to use both sites, and use them at what they are best at.