The Lord of the Rings: Adventure Card Game Delayed to August 29 - News

Publisher Asmodee Digital and developer Fantasy Flight Interactive have delayed The Lord of the Rings: Adventure Card Game from August 8 to August 29 for the Nintendo Switch, PlayStation 4, Xbox One, and Windows PC. 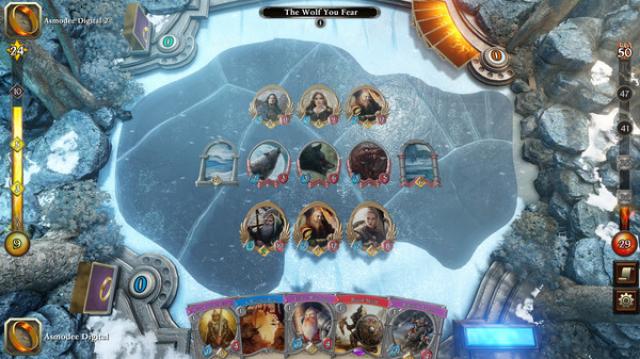 Build your deck and face the Dark Forces of Sauron either alone in Single Player or with a friend in Cooperative Multiplayer!

Battle spiders, orcs, Ringwraiths, and more as you journey through Middle-earth, earning cards and devising new tactics along the way. In The Lord of the Rings: Adventure Card Game, players lead their own fellowship of heroes through immersive quests, each with its own unique narrative and challenges. Traverse the dark forests of Mirkwood, brave the flames of Mordor, plumb the depths of Moria, and protect the Free Peoples of Middle-earth from the oppressive and all-seeing Eye of Sauron. Ready your weapons, gather your heroes, and create your own story.