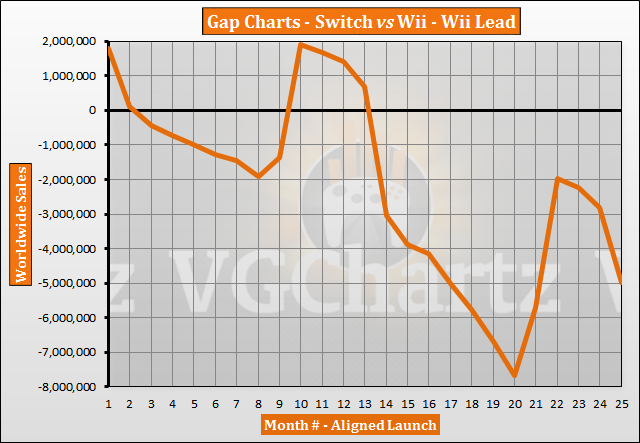 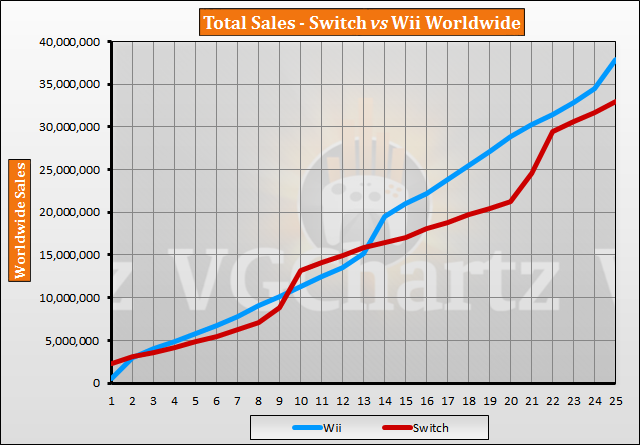 Wii had almost every week 300k the next 10 months. Very hard for Switch to compete.

Wii will be in lead from now on for a long time - if Switch even can take the lead back at all (might be possible as I see the possibility for Switch to go past 100M depending on how it plays out long term).

I'm pretty sure Switch will outsell the Wii in the end (especially with the added Chinese sales), which would also mean that the Switch would have a shot starting year 5. But until then, it's a struggle to not fall back too much.

The Mini and Pokemon couldn't come at a better time.