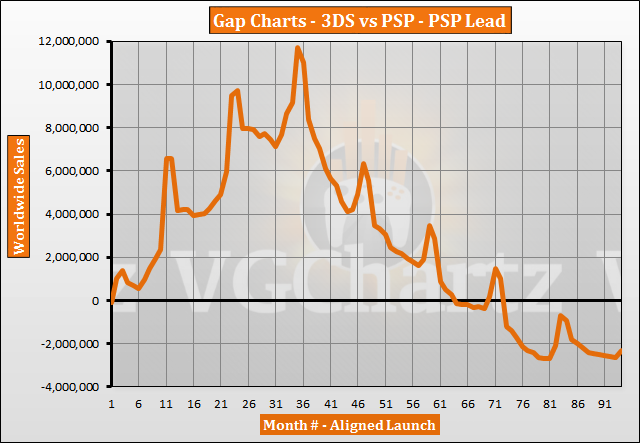 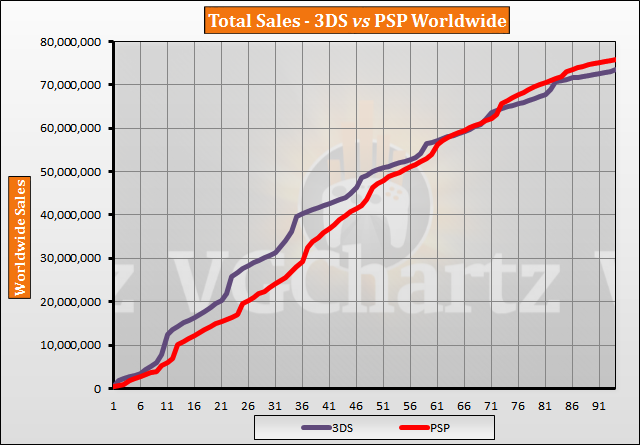 Considering the 3DS might still have one year or two on the market, this comparison is going to end up incredibly close. The PSP is going to edge it out by a few million, though.