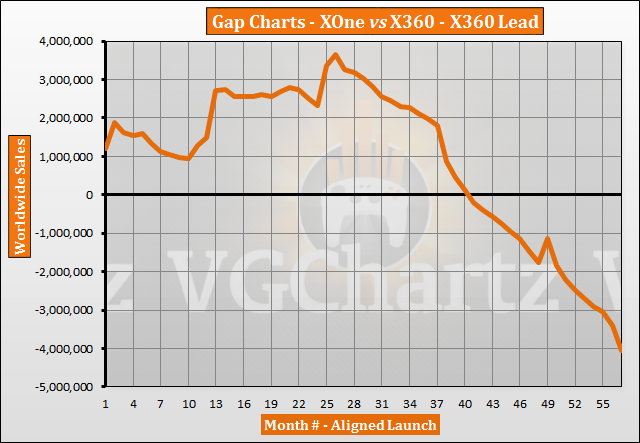 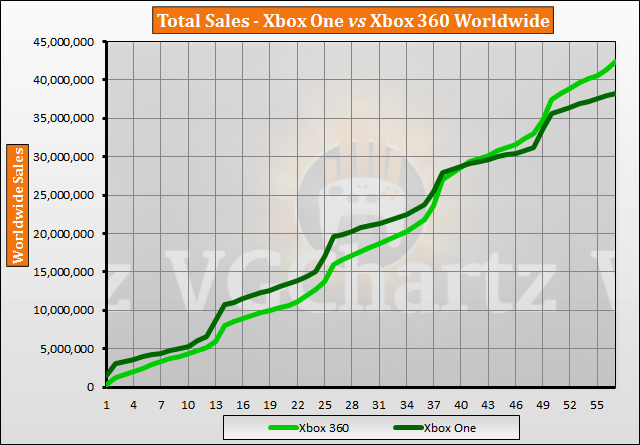 That latest month gap change though.. Ouch. I have a feeling that with Scarlet already being announced, assuming it’s a next gen Xbox, then the gap is only going to skyrocket as XB1’s sales dwindle down over the next year or so. I’m calling 55 million XB1’s sold, LT. Somewhere in between SNES and NES.

I think the problem with Scarlet coming out in 2019 is that, if true, MS would run serious risk of turning Xbox into the next Sega. They’ve put quite a bit of emphasis on XB1X, and it wouldn’t be very smart to sell $500 hardware to users, and then release new hardware 2 years later.

I agree, in fact Sega was the exact analogy that came to my mind as well. I don't think they will though. Sega did that out of desperation to get a headstart on the next generation, since the current one was going poorly for them. Microsoft is doing okay, but not great, though they're actually up year-on-year, so I don't think they'll feel the same sense of urgency. I'm sure the 2019 stuff I hear are nothing more than rumors.

Most likely. I have serious doubts we’ll see either PS5 or Scarlet before holiday 2020. No Scarlet because X is still fairly new, and no PS5 because Sony is still riding some seriously good PS4 sales, even if it’s down YoY. Their lineup is also too good to throw new hardware out so soon.

Pretty much. The better question is what the hell Nintendo is going to do. They can't release a Switch successor after just three years, but every year after PS5/Scarlet launch makes it harder for them to keep 3rd parties on Switch and harder to launch a 9th gen console that can compete. They'll probably have to do a Switch Pro, but it better be one hell of an upgrade, enough that the first few years of PS5/Scarlet games that also release on PS4/XBO can also run the last gen versions on Switch Pro, New 3DS style.

Might get a cheap Xbox one S to play some old 360 games I missed out and some exclusives I couldn't play on PS4.

BTW that sharp decline is more because of the Xbox 360's significant increase in 2010, not due to any decrease of the xbox one, which is selling better than last year.

Xbox 360 will destroy the One from here on out. Once Halo reach, kinect, and gears 3 kick in, this is going to be a bloodbath.

As dialgamarine said, XB1 will end up 55 million or so.