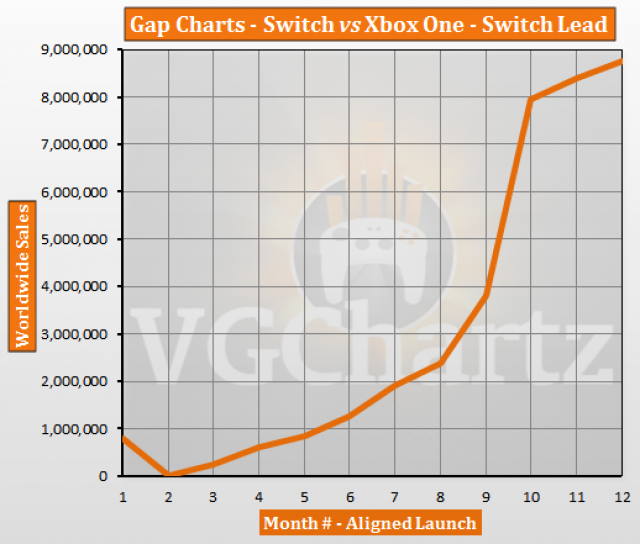 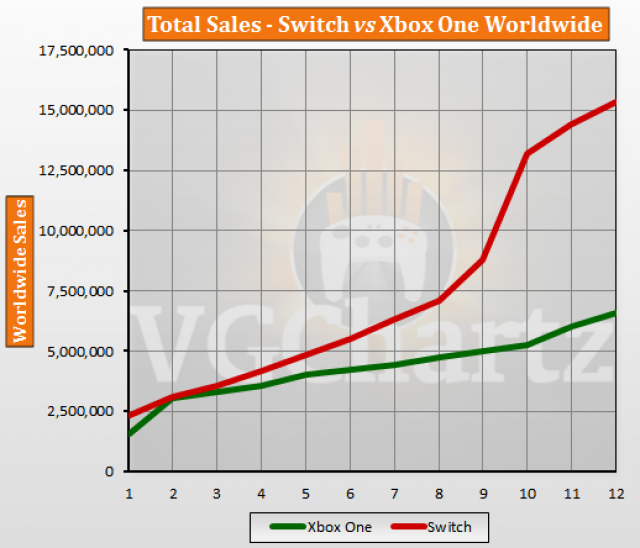 February 2018 is the 12th month that the Nintendo Switch has been available for. During the latest month the gap grew in favor of the Switch by 361,340 units when compared to the Xbox One during the same timeframe. The Switch is currently ahead of the Xbox One by 8.76 million units.

Very good lead for the Switch.

The comments on these articles have become very interesting to see vs the typical "console wars" fights.

Would be interesting to see PS4 on there too

I see the want that is

I see therefore the comments get interesting to watch.

This could be interesting to see

To believe is what I see because I want.

I see to want.

see I want to.