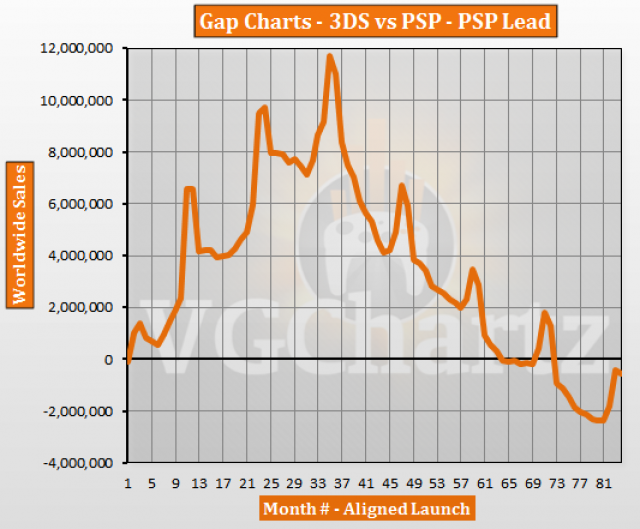 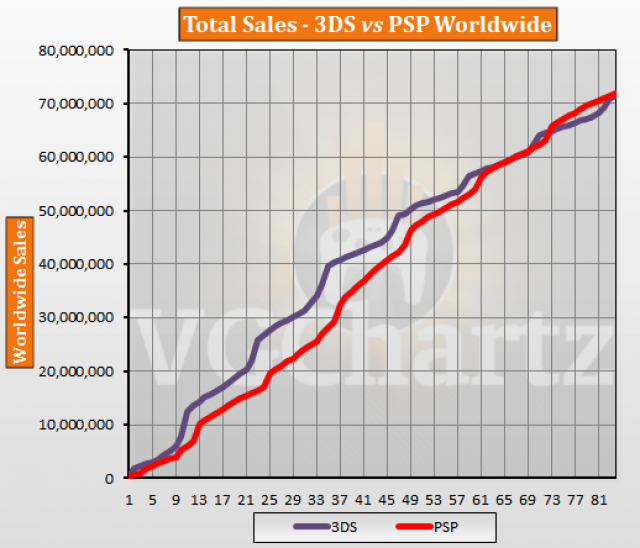 They are quite evenly matched. If Nintendo is serious about supporting the 3DS until 2019, I can see it reaching a tie with the PSP. The hardware and software legs are there.