Lifetime sales for the PlayStation 4 have surpassed the Nintendo 3DS to become the best-selling eighth generation console, according to our estimates. 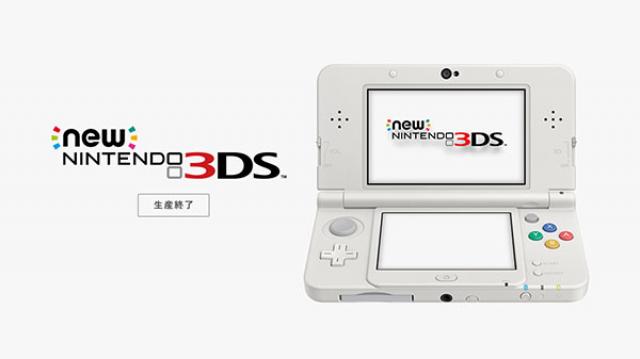 Here are the sales of all of the eighth generation consoles:

I think its pretty safe to say it will beat the PS3, PSP and 360, and the Wii and PS1 do not seem that impossible of an achievement, however the one thats gonna be though is the Game Boy at 118 million.

Wish i could edit the message...

PS4 will beat out Wii easily. GB is fairly likely, depending on how much longer until we see PS5.

What a massive milestone. I am so proud to be part of this fanbase. The PS4 at this moment even with its many flaws has become the king of this generation. Next stop is the Playstation Portable and then the Gameboy Advance. Lets gooooooo!!!!!!

I’ve just gotten a PSVR and it has made me more excited than ever to own that machine. It’s a true wonder what it is capable of.

Considering the price difference of the systems and its games, that's extra impressive. Although they also have their own unique aspects to them that make them appealing. Either way, PS4 ending up among the Top 10 best selling systems was expected since early on, and well deserved.

I just realised Japan is 2nd largest market for PS4 and Germany is 3rd.

Germany and Japan did always get along quite well ;o)

Never realized that the 3DS was released in early 2011.. damn time flies. Congrats for the two top tier 8th gen system. Both did great numbers and are still doing good.

Wow. Where was I when this happened?

It was bound to happen looking at the numbers PS4 was pulling vs. the 3DS in the past year. It's kinda sad really, seeing as PS4 costs more and released later.

@IkePoR Xbox One has the same casual friendly games as well, but it's not doing nearly as good. And it's not like 3DS is without it's casual appeal as well with simple games you can pick up and play for short bursts on the subway on your way to work/school. Though since the 3DS's release that market has been cornered more and more by mobile phones.

"All me mates have one" is the driving force behind the casual market. After MS' miserable launch, the damage had already been done. It doesn't matter that the 3DS has casual games - it doesn't have AssCreed or Fifa. Anyone thinking exclusives(besides maybe Bloodborne) sell the PS4 is delusional. MS tanked the Xbox brand this gen and left the door open for Sony, period.

And it well deserves it because it's a vastly superior platform. But lol at exclusives not selling systems. Take a look at yourself before calling others delusional, IkerPoR.

There is a reason "all your mates" chose a system in the first place. And it's not casuals who made a ruckus about the Xbox One's DRM practices. It was the more well informed gamers who stay up to date with the ins and outs of industry news. Casuals are generally either unaware, or don't care as long as they get their GTA/Madden fix. If anything it was the price advantage of PS4 for the first few months that impacted their buying decisions more. And of course it matters that 3DS has games casual games, as it does that PS4 has them. A game like Tomodachi Life wouldn't outsell Horizon: Zero Dawn, a 2017 GOTY candidate, by almost 2:1 if it didn't matter. The 26 million people who bought Nintendogs on DS still have a significant presence on 3DS, even if many of them have been lost to the mobile market. You don't need Call of Duty when you have Pokemon and Mario Kart, etc.
PS4 may very well appeal to more casuals than 3DS, but that comes with the territory of having more mass appeal in general.

Part of the miserable XB One launch I mentioned is the price vs. the PS4. The go awful press conference didn't help but yeah, the price was a key factor. Sure, Tomadachi Life sold fine as did many casual 3DS games, but all of them combined don't hold a bloody candle to CoD or Fifa. This argument of mass appeal... I don't see it. If PS4 had Wii U levels of 3rd party support, it would sell like Wii U. It doesn't though, because it has sports games and GTA.
@Kyuu - name the PS4's exclusive system sellers. Exclusives DO sell systems, but not PS4's. The thing didn't even have one worth mentioning until it's third year.

And this is behind Sony’s official numbers from December 3rd I believe when they announced over 70m had been sold to consumers. Now that Christmas has come and gone, that’s at least another 2-3m more. WW total now probably looks more like 72-73m. If not more.

WW, I imagine it’s likely passed 75 million. The console should still be on track to hit 79 million by FY 2017 end.

Glad to have helped by buying 2 of them :)

Congrats to Ps4 , the 3DS sold pretty well so that's an achievement.

Will, are you implying that the Switch is a next gen console? If so how are we counting it compared to the current gen consoles on the front page. I am saying that, as I am sure you have noticed, this gets really complex really quickly

I'm not implying that it is 8th gen or 9th gen. The front page used to say current generation and now it says current platforms. Since the Wii U is no longer manufactured it made sense to have it show the Switch.

The Switch is the next gen for Nintendo. WII U is the 8th gen consol

Funny. I'm pretty sure that Nintendo has announced the 3DS sales at ~68.9 in late september. Anyway

After being a member for 2 years one would think you knew the difference between shipped and sold.

Even if thats true, it’s likely happened after Black Friday regardless. Besides Ultra Sun and Moon, there was really nothing there to give it any sort of advantage after September. The sheer number of huge AAA titles for sure made the PS4 fly ahead, so what does it matter if VGC has this recorded a little too early?