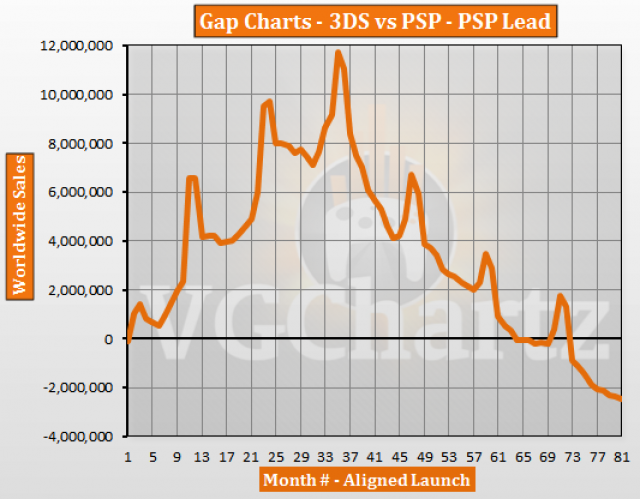 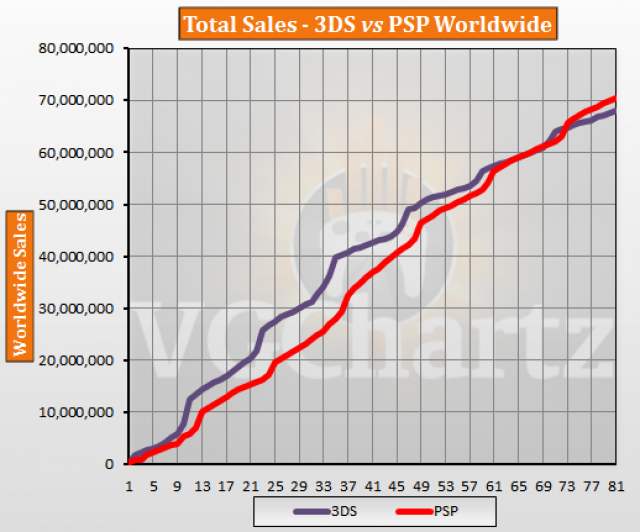 I'm expecting Nintendo to announce somewhere between 71-73 million 3DS units shipped as of Dec. 31st, when they announce their latest figures in late January/early February.

So, the 3DS may actually have a chance.

They won't ship another 10m to surpass PSP 82m LT shipments, but they can break the 80m milestone and makes a very close battle.

is gonna be a close fight. Both in the 80 million range.