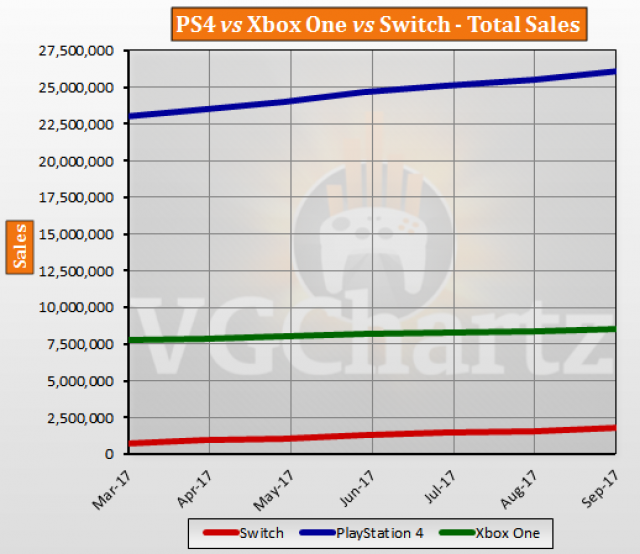 Looking at the total sales of the PlayStation 4, Xbox One and Switch in Europe in September 2017 shows how much the PlayStation 4 has dominated in the region. Other than its first month on the market the Switch has not been able to outsell the PS4. 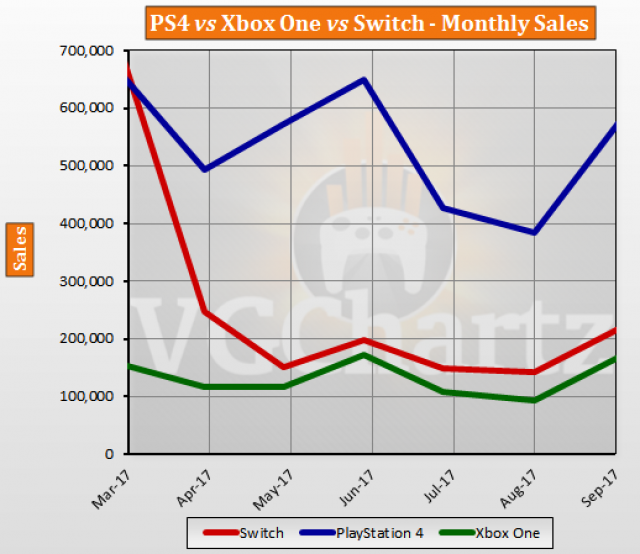 Looking at market share for the month, the PlayStation 4 managed to achieve 60 percent. The Switch accounted for 23 percent of the consoles sold, and the Xbox One 17 percent.

Sony’s turf through and through.

Everytime someone says Switch will do as good as PS4, chart like this pops to my mind.

B... BU... BUT Mediacrate and NPD! Switch is dominating!

But this only in Europe, in the USA the competition is more stiff and the sale figures are pretty close