The action adventure stealth game from publisher Bethesda Softworks and developer Arkane Studios - Dishonored: Death of the Outsider - sold 83,864 units first week at retail, according to our estimates. First week sales can be viewed on the VGChartz Global Weekly Chart for the week ending September 16. 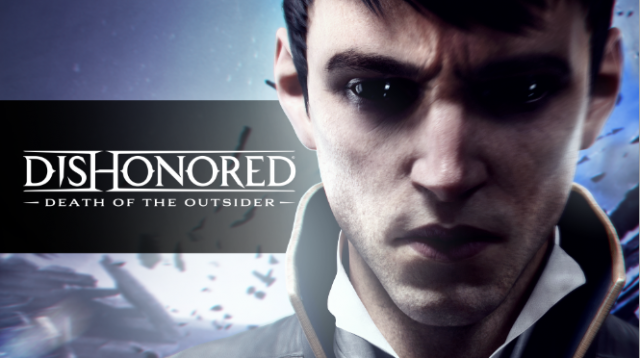 Dishonored: Death of the Outsider released for the PlayStation 4, Xbox One and Windows PC worldwide on September 15.

That's kind of disastrous honestly, even taking into account digital being pretty high now on consoles. I really think they should have saved the Death of the Outsider storyline for a proper, fully fleshed Dishonored 3 instead of releasing it as an expandalone, it just got lost in the sea of bigger fall releases.

Didn't Dishonored 2 perform less than favorable too? Not this low but I want to say it's holiday 2016 performance wasn't what they hoped it'd be.

Dishonored 2 did do less than Dishonored 1 first week as a I recall, even taking into account digital being higher now that it was then, but it did well enough to still be profitable most likely. While first week was low, it's legs were good, it's currently sitting at at about 2.7m physical according to VGC, taking into account console digital and Steam it should have passed 4m by now, compared to the first game doing around 5.5m lifetime. Death of the Outsider though, it seems like it may be a struggle for it to hit 1m lifetime with first week totaling less than 200k between retail, console digital, and steam.

The numbers are disappointing (especially given I've played it and it's pretty solid) but equally I doubt it was as expensive to make - being built on top of the Dishonored 2 platform so it could still be a financial success.
I still hope they continue the franchise, or at least do another expansion. I think one which continues the high chaos ending from the first game would be interesting.

Pretty awful. I have to ponder how man Dishonored 1 fans like myself are waiting for the Definitive Edition.

Yeah, I'd like to see them do a full collection next year, Dishonored 1 Definitive Edition, Dishonored 2, and Death of the Outsider all in one package for a good price. Should sell pretty well if they do.

The complete collection is currently on sale on PSN!

Dope that this exists but it's about 30 quid too high atm. Thanks for the heads up!

Didnt even know a new one was coming.

I blame our bigoted society. It's not ready yet for a game with a strong, independent, transsexual, transhumanist, genderfluid black protagonist.

You're probably joking with this post, but I'll give it a serious answer just in case. Billie Lurk is not transsexual, she's a cisgendered woman who is bisexual (though mainly attracted to women). I doubt that her sex, race, or sexual orientation had all that much to do with the Death of the Outsider flopping. Before release most of the negative comments I saw were from people who didn't want to kill the Outsider because they like him and from people who didn't want the series to end so soon, not from people hating on Billie. I think the flop came down to those people skipping the game, as well the perception that it was half a game due to the low $30 price, and the fact that they released it in a busy fall season without much marketing.