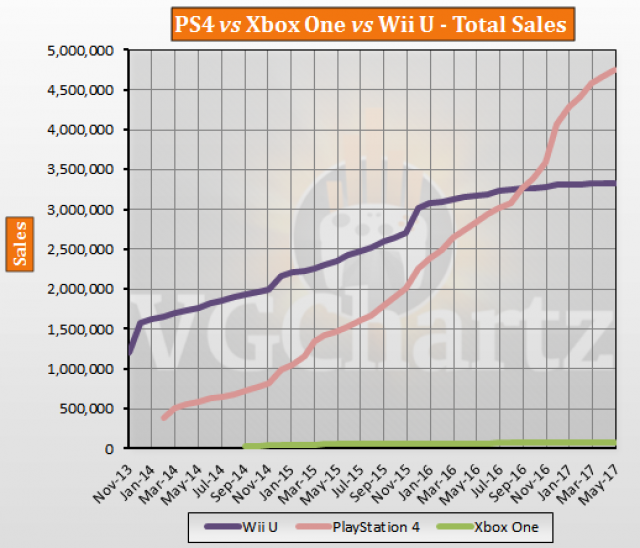 Looking at the total sales of the PlayStation 4, Xbox One and Wii U in Japan for May 2017 shows how the PlayStation 4 has caught up with the Wii U over the last couple of years and is now more than 1.44 million units ahead.

Taking a look at the marketshare, the PlayStation 4 has a 58 percent market share, the Wii U sits at 41 percent, and the Xbox One just one percent. 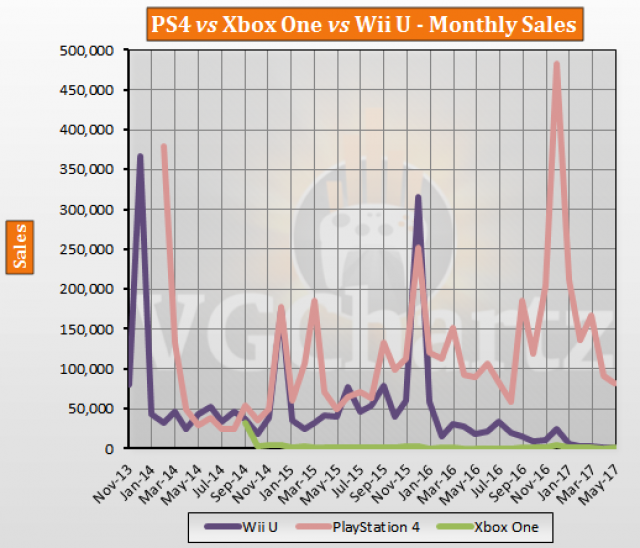 I thought they stopped production of the wii U.
Is an out of production item actually beating the xbox one?

FWI last week ps3 and wiiU sold double that of the xbone lol.

WOW xbox one hasnt even cracked the 500k mark in japan, and probably wont be able to

It won't crack 100k. Really sad in comparison to the work they did to gain Japanese support with the Xbox 360.

They made an effort to get exclusives and end PlayStation exclusives at the same time. Xbox One, they just dropped the ball everywhere, especially in Japan.

Sony and nintendo are two japanese companies so obviously japanese devs will favour them the most.On the other hand microsoft is an american company and microsoft did made an effort in japan for the 360 and it shows since it has sold over a million units their(still very low compared to wii and ps3) but for the xbox one theres lil to no show room in japan.

It is not a "country" thing, Microsoft did nothing to build any marketshare with the original Xbox, with the 360, they had to work to get credibility in that market. Which they did, but with the Xbox One has had no effort put into in Japan.

It is a country thing, but it also has to do with the fact that the japan loves games that... well all the games ninty typically does. Anime styled or cell shaded platformers adventure or RPGs.xbox mostly focises on hacknslash and FPS, the latter of which was never sucessful untill overwatch and splatoon dropped... which are both FAR from your typical FPS games.

The console market in Japan is really death compared to gen 7. PS4 is barely tracking ahead of PS3 even when it did not have a Wii like competitor until the Switch launched. But it seems there is some momentum since last year but the market for home consoles in Japan is slowly dying nonetheless consumed by mobiles and hybrids.

This is getting ridiculous...