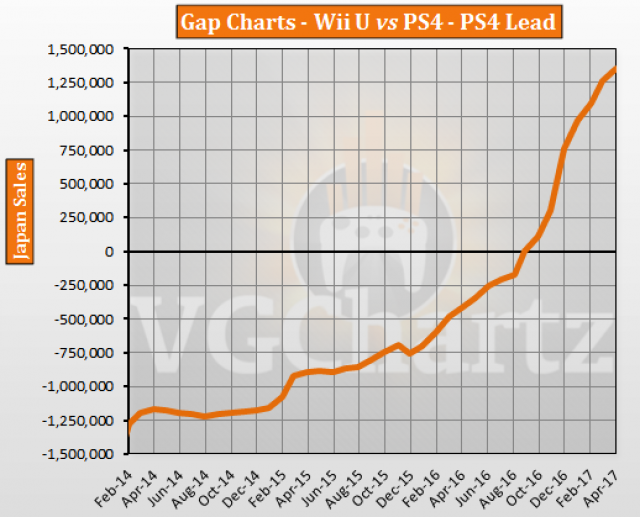 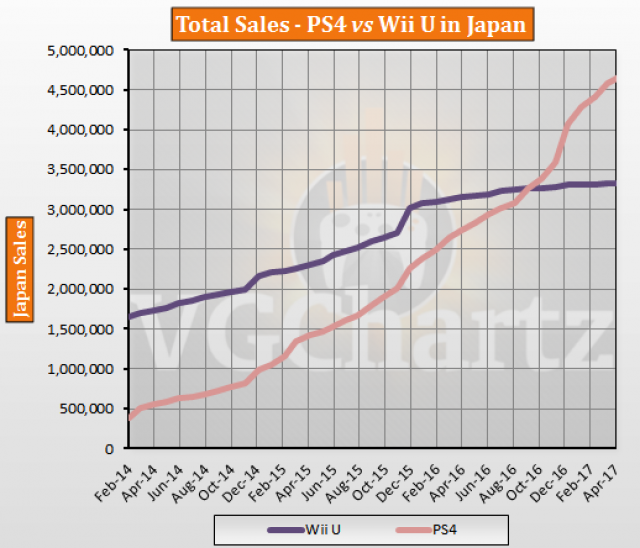 In its latest month on sale in Japan the PlayStation 4 outsold the Wii U by 90,049 units and has extended its lead. It also sold 1.77 million more units in the last 12 months. The PlayStation 4 currently leads by 1.35 million units.

I hope you have all enjoyed this Gap Chart. I am retiring this one and a couple others where the race is clearly over.

Sweet. Does that mean we're going to get some Switch charts?

Thank you for making these, but which others are you retiring?

"The Wii U launched in Japan on December 8th, 2012, while the PlayStation 4 launched on February 22nd, 2014" - oh ok, this is new for me. Thanks for the info. The question is.. are more than 5,3 million for this year possible in japan ? Gundam, FF-Remaster and Dragon Quest XI in july for PS4. Crash Bandicoot Collection, Uncharted Lost Legacy and Everybodys Golf in august and then coming other big games. its interesting. Hope the best for Ni No Kuni 2 this year. Japan < 3 Any PSVR sales for japan ? i dont know it.

It's dead Jim. Thanks for the updates man.