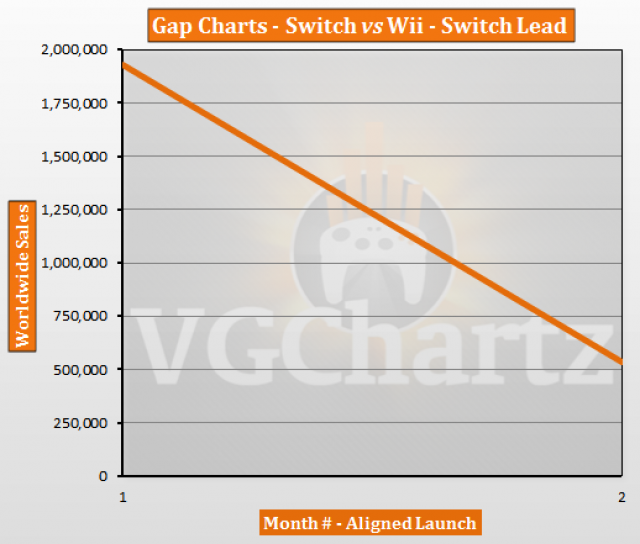 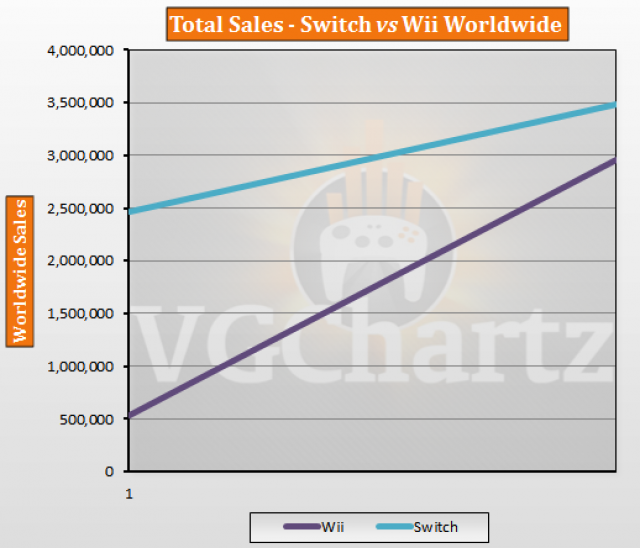 April 2017 is the 2nd month that the Nintendo Switch has been available for. During the latest month the gap grew in favor of the Wii by 1.40 million units. After two months the Switch is currently ahead of the Wii by 534,100 units.

This. This is gonna be fun.

Wii will murder the switch.

Agreed, Wii was out of stock for months, likely literally out of stock until almost a year later, and this line graph shows steep gains for Wii sales vs. Switch sales already.

They need to focus on a Switch vs. 3DS, because Wii and DS are going to mop the floor with Switch.

3DS would have a bad start, but once the price drop hit 6 months into the cycle, 3DS vs Switch will be a good battle.

This is a more interesting comparaison than Switch vs DS. If Nintendo play their cards well, they might be able to reach Wii numbers, but trying to match DS/PS2 these days is almost impossible, even for the PS4.

The current plans for Switch VGChartz Gap Charts include comparing it with Wii, DS, X1, PS4, 3DS, and Wii U. Anyone have suggestions for other Gap Charts?

Switch vs 3DS + WiiU. Assuming that becomes an interesting comparison.

It will interesting to see month 8 & 9

I can see why Switch can't be produced fast enough